What do you get when you cross a Disney-style princess fairy tale with Le-Van Kiet, the Vietnamese-born director of the critically-acclaimed, relentle.. 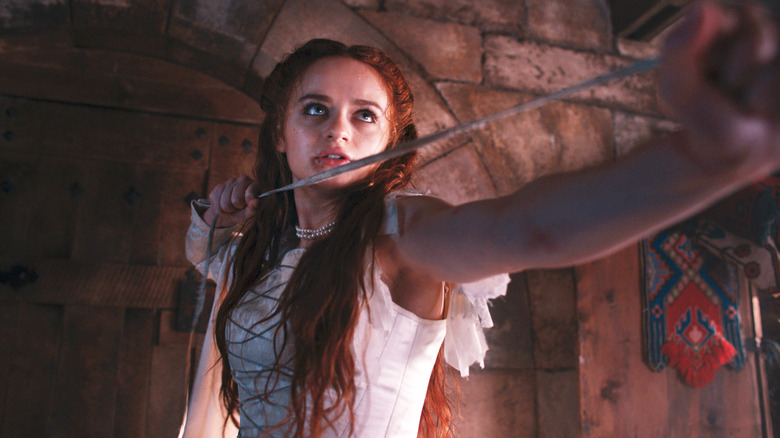 What do you get when you cross a Disney-style princess fairy tale with Le-Van Kiet, the Vietnamese-born director of the critically-acclaimed, relentlessly-thrilling 2019 revenge flick "Furie?" You end up with "The Princess," an R-rated fantasy action romp for those who have always felt like princess films could use more slow-mo shots and scenes where the heroine beats the snot out of a bunch of armored guards. That's everyone, right?

Joey King ("The Kissing Booth" trilogy) stars as the titular character, a strong-willed royal daughter who is locked away in a remote tower of her father's castle after she refuses to marry the prince to whom she is betrothed, seeing him for the cruel, power-hungry sociopath he is. (Imagine that: A woman being punished for pointing out the danger those around her have either failed or refused to recognize.) With her scorned suitor now hell-bent on seizing her family's throne for himself, it falls to the princess to pick up a sword and carve a bloody path through her captors in order to stop him.

Judging by its premise, "The Princess" sounds a whole lot like a mashup of "Rapunzel" (a princess is locked away in a tower) and Gareth Evans' modern martial arts classic "The Raid" (a hero fights their way through a building full of their enemies). As it turns out, that is exactly how one of the movie's writers pitched it to their partner.

'Yeah, That's A Movie Right There' 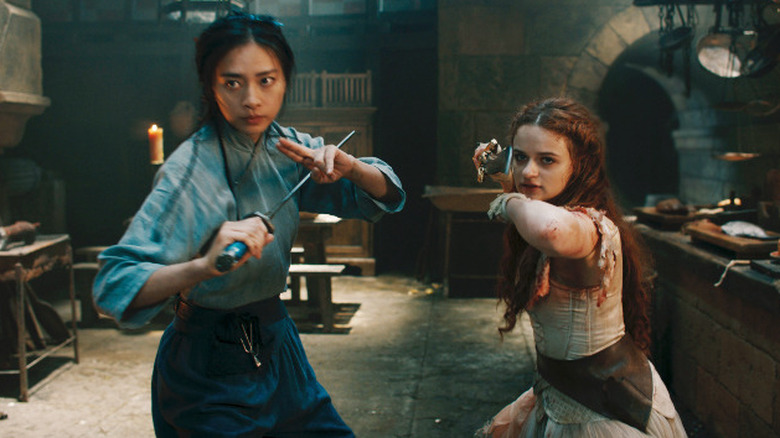 In an interview with Screen Rant, "The Princess" writers Ben Lustig ("The Thirst") and Jake Thornton ("Final Fantasy") talked about their process for coming up with the film. When the interviewer pointed out the obvious similarities to both "Rapunzel" and "The Raid," Thornton admitted:

"Well, it's funny that you say 'Rapunzel' meets 'The Raid,' because that was the initial thing. Me and Ben were waiting to go into a meeting two or three years ago and Ben literally said, 'What about doing Rapunzel by way of The Raid, that being a princess at the top of the tower and fights her way down, rather than a group of policemen fighting their way up the tower?' As soon as I heard it, I was like, 'Yeah, that's a movie right there.'"

Adding to that, Thornton said the pair's goal was to revisit the familiar trope of "the princess held in a tower," but take it in a direction that one else ever really has. Lustig agreed, touching on how his own personal knowledge of the princess genre informed the film:

"Yeah, for me, I have a five-year-old daughter and back then I was watching about as many princess movies as you can imagine and going to Disneyland. I think at some point, Jake and I have always looked at tropes and that's kind of been our thing is to see, 'How can we take something that people know and do it in a completely new way?' I was like, 'Okay, here's all these princess movies. But what if one was a badass?' And, like Jake said, we just we ran with that."

We'll have to see if the mash-up delivers when "The Princess" charges onto Hulu on July 1, 2022.

Read this next: 13 Fantasy Films That Never Got Sequels

The post The Inspiration For the Joey King Action Thriller The Princess Was Rapunzel Meets The Raid appeared first on /Film.

Previous post Will Warner Bros. And DC Be At San Diego Comic-Con 2022?