What The Heck Is Howard Stern’s Secret Marvel Project? An Investigation

The future of the Marvel Cinematic Universe feels somewhat ill-defined at this point in time. Sure, we know that the multiverse is going to be a big p.. 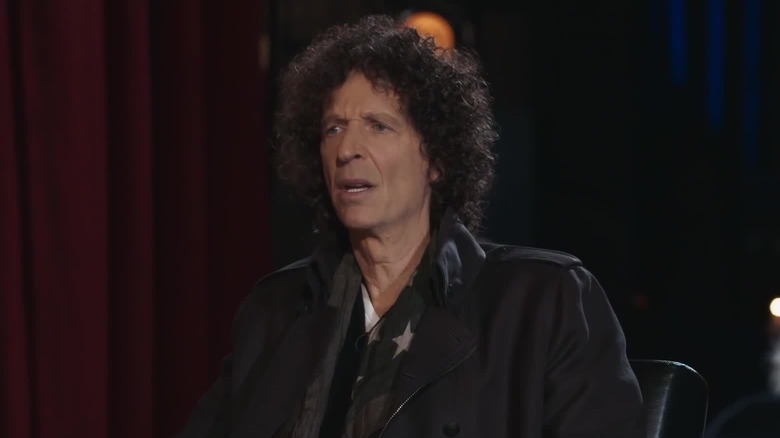 The future of the Marvel Cinematic Universe feels somewhat ill-defined at this point in time. Sure, we know that the multiverse is going to be a big part of things in no small part thanks to "Spider-Man: No Way Home" and "Doctor Strange in the Multiverse of Madness." Even so, the future feels far less clear than it once did. At one point, we all knew everything was leading to Thanos. Now? Nobody outside the walls of Marvel Studios knows for sure, but (and this might be a big but), is it leading to Doctor Doom? Moreover, is the beloved villain going to be played by shock jock Howard Stern?

That may sound like a joke or some sort of bait and switch. However, rest assured, based on some recent unplanned happenings, this is absolutely on the table and it's time for a little investigation. So, let's put on our tinfoil caps, take a look at all of the evidence and see what we can come up with, shall we? 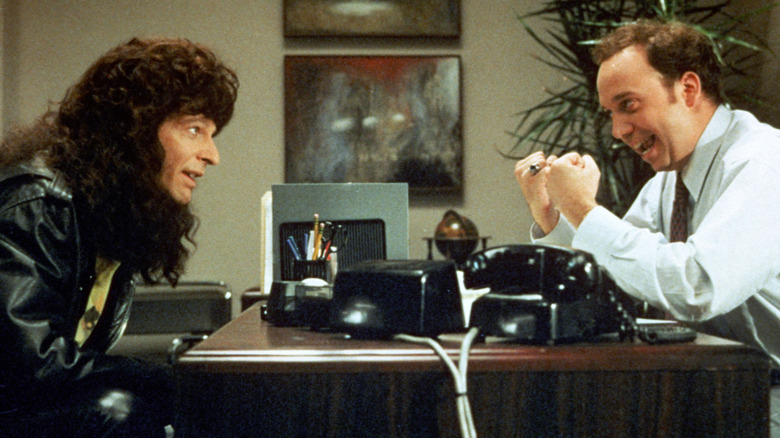 Recently, some audio from Howard Stern's radio show began making the rounds on Twitter (per The Direct). What's important about the audio though is that Sten was speaking on a hot mic that wasn't supposed to be on during a commercial break. As such, he didn't think his audience was listening and, as a result, may have spilled some tea he was absolutely not supposed to spill.

So, before examining the remarks, the conversation went as follows. Stern was told that Kevin Feige called him. "Tell him it works but they're going over the schedule with me and it's gonna suck," Stern replied. When asked what this was all about, the shock jock replied:

Stern added: "… I called Robert Downey … I was asking him [about his] acting technique." Stern also asked for the phone number of Jon Favreau during the conversation. 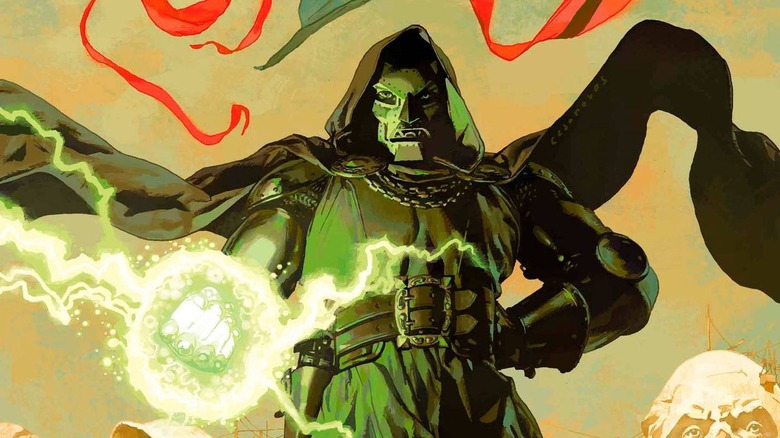 A lot to process there. First off, it should be noted that there is some lack of clarity with the exact transcript as the audio is not clear and the transcripts have kind of been pieced together. This, however, seems to be as close to the truth as we can get for the time being. Beyond that, one's first thought might turn to anything other than a movie. Maybe an animated project like What If…? season 2? Perhaps a scripted podcast like Marvel has been wont to do as of late? Sure, maybe.

But why on Earth would that require acting lessons from Robert DowneyJr.? Moreover, how would some voiceover sessions in a recording booth result in a brutal schedule like the one Stern seems to be hinting at? The first conclusion we can draw is that whatever this Doctor Doom project is, it's going to be significant.

The phrasing is also important. "Going to do Doctor Doom" does not necessarily mean that Stern is playing Victor Von Doom, the arch-nemesis of the Fantastic Four. Maybe it's just a movie or TV show involving the character and Stern is going to play someone else? Perhaps a fictionalized version of himself that exists in the MCU? He was just using that as an off-hand, casual way to refer to the project. But, if we're being honest, the needle seems to be leaning towards him taking on the villainous role, which is certainly an unexpected development. 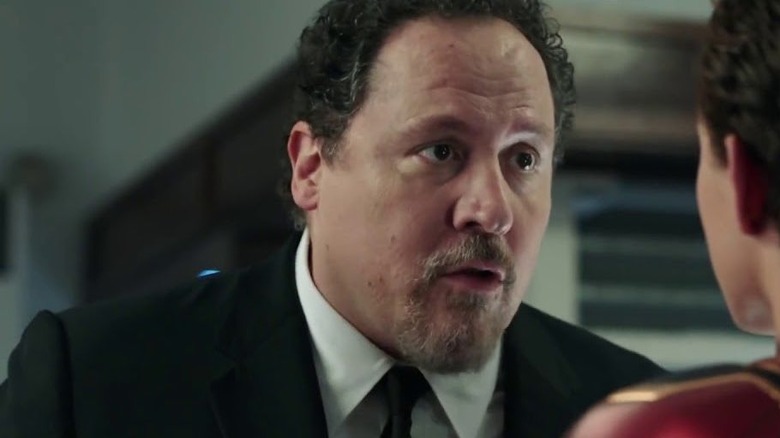 Before we go assuming that this is some sort of under-the-radar project a little far removed from the main MCU, let's realize that Kevin Feige is supposedly involved with this whole thing directly. That would suggest this is an important project and one that requires Feige's direct attention. As the man at the very top of the food chain at Marvel Studios, Feige is busy and wouldn't be involved unless it was important.

Aside from the Doctor Doom of it all, the next most interesting bit to decipher is the mention of Jon Favreau. The filmmaker not only appears as Happy Hogan in the MCU, but he directed both "Iron Man" and "Iron Man 2." He's since remained a huge part of the Disney empire, crafting "The Mandalorian" and several other "Star Wars" shows for Disney+. Again, a busy man whose time would only be taken up by something very important.

Now, we know a "Fantastic Four" reboot is happening in the MCU and we know that director Jon Watts recently departed the project. If we're to make a logic leap here, could it be that Favreau is being courted back to the MCU to take on the reboot personally? Taking Stern out of it for a second, that move would make a lot of sense, assuming Favreau could make it work while also managing "Star Wars."

Why Would He Call Robert Downey Jr.? 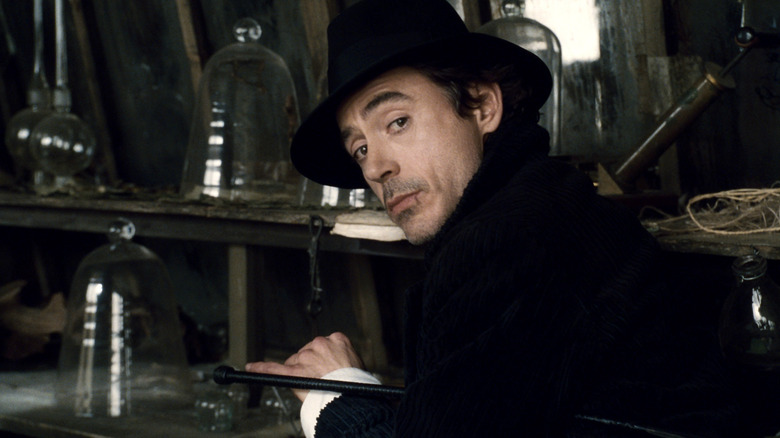 So, what about that mention of RDJ? As we know, Downey played Tony Stark/Iron Man in the MCU for more than a decade before concluding his journey in "Avengers: Endgame." Aside from that, Downey is one heck of an actor who could surely teach someone like Stern a thing or two. The radio DJ has acted from time to time, such as in his biopic "Private Parts," but he's not a well-seasoned actor. If he really is joining the MCU, why not seek acting advice from the man who knows this world best?

It's also worth pointing out that RDJ has been on Stern's show and interviews can sometimes lead to friendships. Perhaps that is the case here and that would open the door for Stern to reach out to the former MCU mainstay. Stern surely knows a lot of actors and it could be telling that this is the man he opted to reach out to above anyone else. Worth raising an eyebrow over. It's also worth pointing out that Stern could just be joking around about calling Downey. 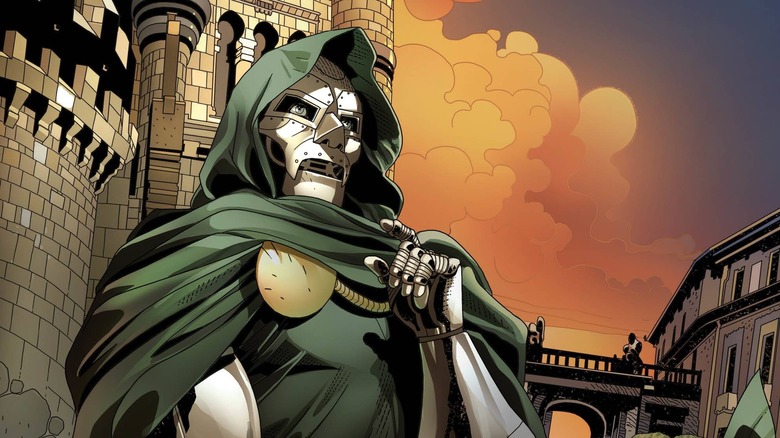 One more thing well worth mentioning is the fact that Doctor Doom coming into play doesn't necessarily mean it has to be in "Fantastic Four." At one point before the Disney/Fox merger, Noah Hawley ("Legion," "Fargo") had been developing a solo "Doctor Doom" movie. We've heard bits and pieces about it over the years but we never got the full scope, almost certainly because Disney has its own plans for the former Fox properties including the "X-Men" and "Fantastic Four."

Still, even if it isn't Hawley's project, there is nothing that says a "Doctor Doom" movie or Disney+ series is off the table. Something like that could happen with or without Stern. We're just suddenly forced to consider that this might be a very real thing and that Stern is seemingly going to be a big part of it, for better or worse.

It's also important to point out that Sten wouldn't be above pulling a prank on his listeners. This would be an elaborate one and it's one that would surely piss off the brass at Disney/Marvel. Would Stern, a man with a fortune and his own media empire to deal with, actually care? Hard to say but this should at least be considered. So, when might we find out concrete details? It's already been confirmed that Marvel Studios will be at San Diego Comic-Con in July. If there is a splashy announcement to make involving Doctor Doom and/or Stern, that would be the place to do it.

The post What the Heck is Howard Stern's Secret Marvel Project? An Investigation appeared first on /Film.

Next post RRR Director S.S. Rajamouli Once Made An Action Epic About A Murdered Man Who Is Reincarnated As A Housefly