Back in 2010, before the DC Extended Universe took its current form, there was a comic book film called "Jonah Hex." It was the story of a Confederate.. 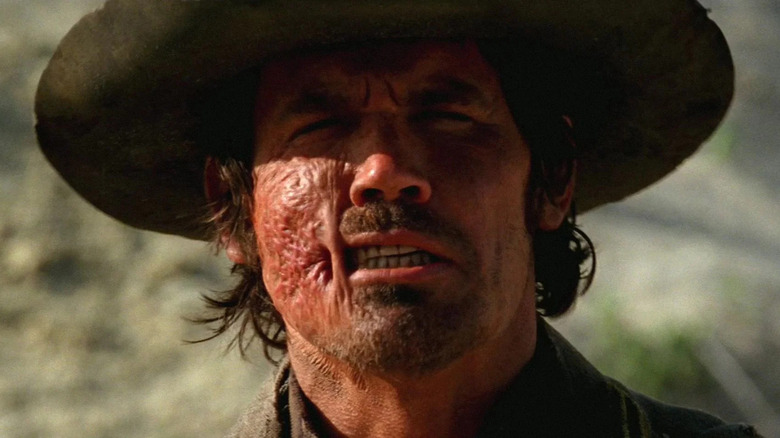 Back in 2010, before the DC Extended Universe took its current form, there was a comic book film called "Jonah Hex." It was the story of a Confederate soldier of the same name (Josh Brolin), who was ordered by his commander, Turnbull (John Malkovich), to burn down a hospital during the Civil War, leading him to kill Turnbull's son, his best friend. In revenge, Turnbull kills Hex's family and brands his face. The Crow people heal him, leaving him with the ability to speak to the dead. He becomes a bounty hunter with supernatural powers who is hired by President Ulysses S. Grant (Aidan Quinn) to kill Turnbull, who has a weapon that could destroy the United States. It's a lot to pack into a film, and one could argue it was a bad idea to even try.

The cast was pretty great though, with Michael Fassbender, Megan Fox, Will Arnett, Michael Shannon, and Wes Bentley in addition to Brolin, Malkovich, and Quinn. How could it fail?

Fail it did, with a 12% critics rating and a 20% audience rating on Rotten Tomatoes. Josh Brolin spoke about the film on a 2016 Nerdist podcast (via Indiewire), and he said he "hated it." He's got a reason for the failure as well, and it's all about the production:

"Oh, 'Jonah Hex,' hated it. Hated it. The experience of making it — that would have been a better movie based on what we did. As opposed to what ended up happening to it, which is going back and reshooting 66 pages in 12 days and that being … Listen, I understand it's financiers, you're trying to save their money and it becomes a financial thing, but if — there's this thing called revenge trading. And I'm disciplined enough to know you never do it." 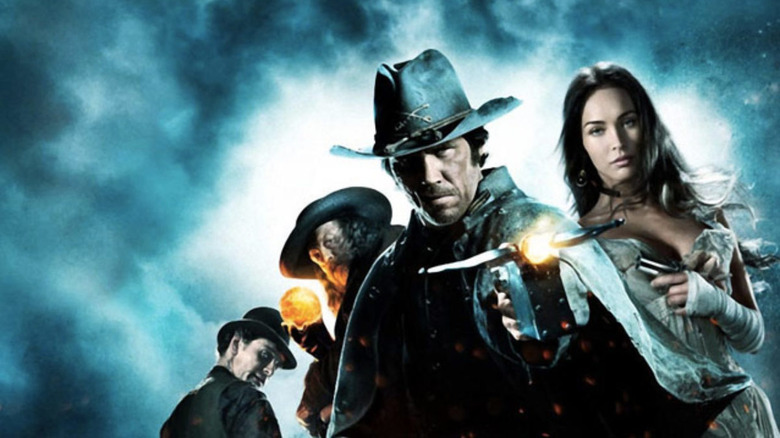 If you're unfamiliar with the "revenge trading" Brolin mentions, here's the deal in a nutshell. If you think you're going to make a certain amount of money, but you're coming up short, you end up gambling more to try to make up for it. The producers thought they weren't going to make back their budget with what was already shot, so they spent even more to try to fix it. Revenge trading almost never works.

And reshooting 66 pages in 12 days? That's wild! Having been on the New Orleans set with a press group, I can add that it seemed like it had a lot of potential. All the actors were wonderful in interviews, talking about how committed they were to telling the story. Brolin was laughing with us about the prosthetics and how he loved the character, while crew members threw chicken legs to the alligators in the swamp (maybe not the best idea), and the Civil War reenactors who were hired as extras gave one crap for having a cellphone on him. (They were really committed.) We toured the boats, and everything looked like it was going well. The reshoots hadn't happened yet, and we all thought it might be a whole lot of fun. Then we saw the film. I do not recommend that you watch it.

Why is it so bad? I can't blame the actors here, especially not Brolin, who deserved a much better film. The edit looks like they put the footage through a blender. The film can't decide if it's taking itself seriously or if it's making fun of the genre. It just never seemed to be sure what it was, and never found a point of view, which made the already unbelievable elements feel ridiculous.

How Do You Fail With A Cast Like That? 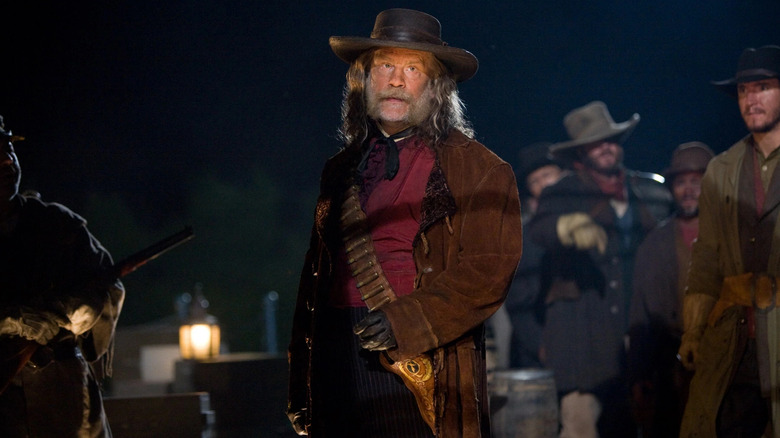 Josh Brolin also told Nerdist he could have made it with less money and better:

"With 'Jonah Hex,' if I had $5 million — which is always how I saw the movie. I remember when I was talking to Warner Bros. about doing that movie, 'High Plains Drifter' is what I put on the TV, I said, 'That's what I wanna do.' I would do that movie still."

He said if he were willing to spend $5 million, which he won't do, but if he did, that would be the version of the movie that would have done well. "And it didn't need to cost anything more than $8-$10 million," he continued. I would actually love to see his version, to be honest. The way he spoke about it on set with such passion makes me wish he'd had control over something.

Even the direction was hard to pin down. Jimmy Hayward ("Horton Hears a Who!") took the helm after script writers Mark Neveldine and Brian Taylor stepped down due to creative differences. Then they had to bring in "I Am Legend" director Francis Lawrence for the reshoots. Having it go up against "Toy Story 3" didn't help. But in the end, it seems that producers coming in and messing with things was what shot it down, so to speak. For a film with a $47 million budget to take in just under $11 million at the box office is pretty awful.

As bad as the film was, at least we have our Brolin Thanos to love. Plus, his "Hot Ones" episode is one of the best.

Previous post Breaking Down Every Major Song We Heard In Minions: The Rise Of Gru