The buzzy new entry to the long-running (and surprisingly complicated) "Predator" franchise is finally here with the debut of "Prey." Directed by "10 .. 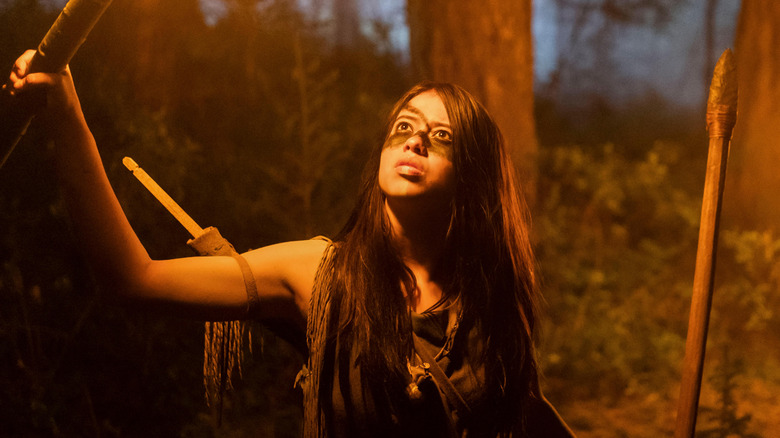 The buzzy new entry to the long-running (and surprisingly complicated) "Predator" franchise is finally here with the debut of "Prey." Directed by "10 Cloverfield Lane" filmmaker Dan Trachtenberg, the latest sequel completely upends the prior direction of the series and brings us back to (almost) the beginning of the seemingly unstoppable Yautja species' reign of terror as hunters on Earth. A huge part of that creative shake-up involves the authentic casting of Indigenous Peoples for the story set in early 1700s America. Still in the early stages of being colonized, the New World proves to be an immensely thrilling setting for a Predator invasion.

The key to making the film work (other than its incredibly tightly-wound script, at least) comes in the form of its secret weapon, lead actor Amber Midthunder. Playing main character Naru, an overlooked and underestimated member of their humble Comanche tribe, Midthunder's casting represents a crucial step forward for blockbuster representation. Having already endured marginalization in her career, the actor fully embraced the challenges inherent in filming a punishing movie like "Prey."

In an interview with Bloody Disgusting, Midthunder opened up about the preparation involved in filming this demanding role:

"We had a four-week boot camp that we all went through, me in Dakota [Beavers] and all the other boys. We did weapons, and we worked with the stunt team, a personal trainer, and all kinds of stuff. But also, there are so many parts of this movie that you can't train for."

One particularly brutal sequence to film ended up proving those words true in emphatic fashion.

'That Was A Wild Experience' 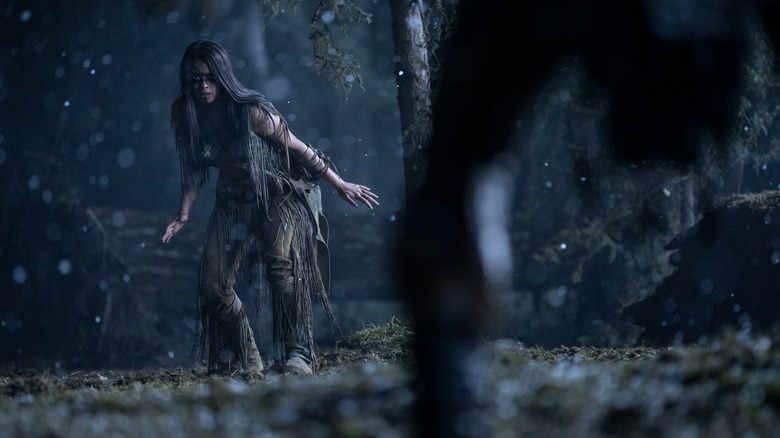 For those who haven't watched "Prey" just yet, fear not — we'll keep things spoiler-free here. Those who have, however, ought to feel free to read up on our more in-depth coverage throughout the day and the coming weekend. Luckily, Amber Midthunder is providing a big tease of a certain sequence to look for while watching the film.

Later in the same interview, the actor goes on to describe one scene that required her to go above and beyond the call of duty. One particularly sticky sequence is set in a bog with no way to get around it. Midthunder's Naru has no choice but to wade into the muck, which she recalls in all its unpleasant details. One of those details, apparently, is that the mud didn't actually give off such a strong odor (which she likens to "fertilizer") until it came into contact with the performers. As she puts it:

"…it's such a gross idea. I didn't know that. I didn't get in it until we started shooting, which other people had been in it to test. I had heard, 'Oh, it's not a big deal. It's just water with leaves on top.' I think they probably added more and made it worse or something."

Midthunder then goes on to describe the aftermath of shooting those takes:

"To get clean, I would get out of that and walk over to a dark tent with a horse trough. I would stand there, and four women would hose me down. They were so sweet and lovely. They gave me hot water because it was also cold. That was a wild experience when I think of the details."

Luckily, the we get to watch such scenes from a safe distance. "Prey" is currently streaming on Hulu.

Read this next: Sci-Fi Movie Deaths No One Saw Coming

The post One Of Prey's Most Grueling Scenes Involved Amber Midthunder And A Whole Lot Of Mud appeared first on /Film.