When Tony Gilroy said that the upcoming "Andor" show would not use ILM's StageCraft technology — which uses high-def LED video walls to generate .. 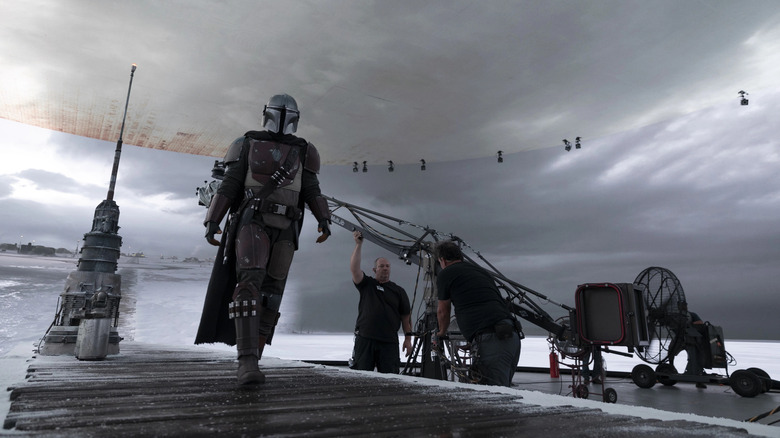 When Tony Gilroy said that the upcoming "Andor" show would not use ILM's StageCraft technology — which uses high-def LED video walls to generate virtual sceneries — there was a wave of celebration on social media. The discourse quickly went from celebrating "Andor" using actual sets to denouncing StageCraft and proclaiming it the second coming of the much-hated green screen. In truth, however, the technology reinvents visual effects in a way we haven't seen happen so fast since the early days of CG.

Recently, Disney+ released a documentary series focused on the history of Industrial Light & Magic, and really, the history of visual effects in modern cinema. The show is a phenomenal look at the innovation of visual effects, the genius things these artists come up with in order to bring these movies to life. It is also a rather sad story about how CGI pushed out most practical effects, and how years of innovation and artistry all but disappeared practically overnight. In the last episode, however, we go from the heartbreak of seeing Phil Tippett realizing that CGI was taking over stop motion in films, to skipping ahead a few years to "The Mandalorian" and the invention of StageCraft — also known as The Volume.

Back when The Volume was first announced and audiences got to see it used in "The Mandalorian," it felt like actual magic. Being able to mix practical sets with virtual backgrounds that offer on-set lighting as well as something the actors can look at and react to is groundbreaking. A lot of people jumped in to call this technology revolutionary, including us, several times. 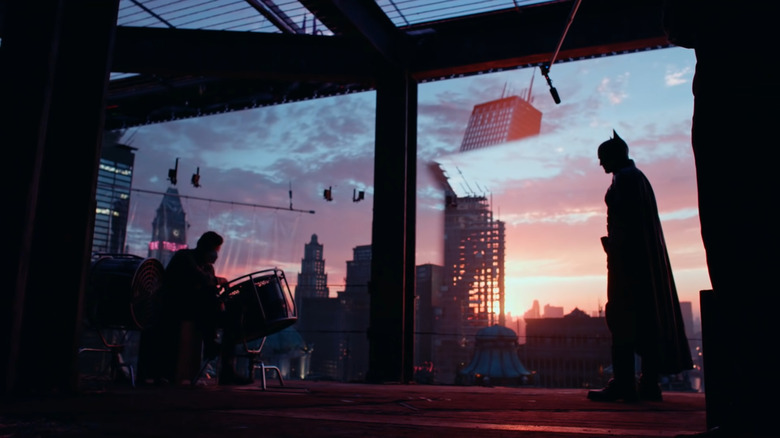 Just like CGI has both excellent moments — as the doc itself showed, from the magic of the T-1000 in "Terminator 2: Judgment Day" to "Jurassic Park" — there are also terrible uses of CGI, and the same is true of The Volume as well. From "The Book of Boba Fett" and "Obi-Wan Kenobi" to "Thor: Love and Thunder" (a movie that feels all but forgotten already), The Volume at its worst can look just as fake as old-school rear projection.

And that's because The Volume is in essence just a green screen that already shows whatever background is supposed to be made later in post-production, only it is done before filming begins. So just like green screen, it can be seamless and unnoticeable, or it can ruin the immersion of the story. Because it is an enclosed space, the technology can make a scene feel weirdly small and restrictive.

It worked in "The Mandalorian" because it was mostly used for desert scenes with vast landscapes and a handful of characters in the foreground, and not much happening in the background. "The Batman" successfully used The Volume to bring Gotham City to life, but used it sparingly, with the CGI backgrounds meant to be in the far distance and covered by practical sets — like the scenes set at the Iceberg Lounge where the city projected on the windows of the club was made in The Volume.

Indeed, like all magic tricks, this technology works best when unnoticed. According to ILM, the technology has been used in shows like "How I Met Your Father" and "The Old Man," and you'd be forgiven for never really figuring that out.

StageCraft Is Here To Stay 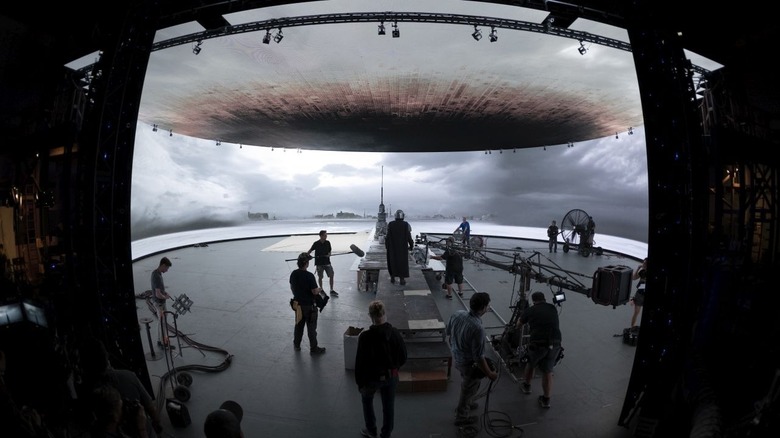 Here's the thing, Stagecraft technology is here to stay. Not only has ILM built more Volumes, but other companies are offering on-set virtual production. As we are still in the middle of a global pandemic, flying to locations and bringing dozens or even hundreds of crewmembers to set is still risky, so virtual productions offer an alternative. Virtual production is without a doubt the start of a new era in filmmaking, particularly VFX, as it is not only starting to become prominent in live-action but even animation. At the Annecy Animation Film Festival this year, Epic Games showed how video game engines and virtual productions can become a gamechanger for animation, allowing for a streamlined process that can allow for spontaneity and more hands-on cinematic techniques in real time.

In the ILM documentary, Stagecraft is described as having one eye in the past and one eye in the future, as it allows for practical sets, dynamic lighting and on-camera effects while also providing CGI backgrounds. More importantly, perhaps, is the idea that Stagecraft forces these virtual backgrounds to be designed and rendered before cameras start rolling. This means that, instead of falling for the "we'll figure it out in post" approach many blockbusters seem to be taking when it comes to their VFX, Stagecraft allows for these designs to be worked out and set ahead of time. 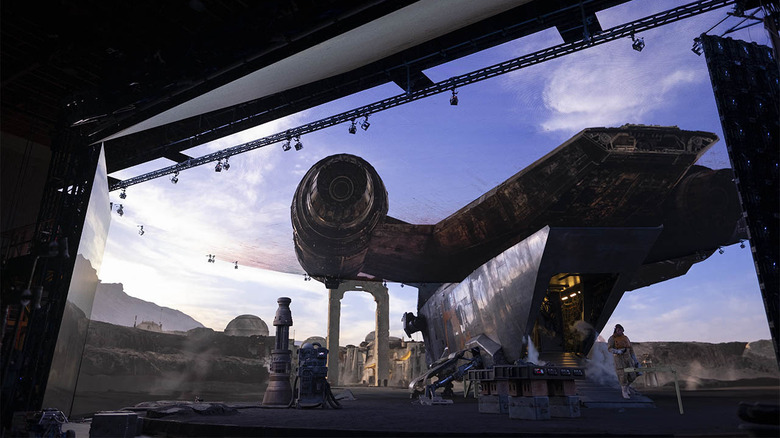 Despite giant blockbusters being so dependent on VFX to provide spectacle, CGI is often misunderstood and abused. We've heard recently about how underpaid and overworked VFX artists are, and how big studios like Marvel coerce them into doing impossible work under the worst conditions — like having to re-do entire scenes over and over while the studio figures out what the story will be. With virtual productions becoming more and more popular, they do run the risk of being taken for granted and abused, or simply misunderstood for a magical one-size-fits-all technology.

Indeed, though The Volume has been implemented to great effect in some productions, others used it in the wrong ways and places. When "Thor: Love and Thunder" used the technology, it did so with sets that don't feel like they have any practical aspect to them. The result made the virtual backgrounds feel flat, because it is being shown on a flat screen. Fight scenes like the one near the beginning with the Guardians of the Galaxy felt oddly entrapped and small, despite taking place on a vast field.

The Volume will become more and more prominent in filmmaking, and it has already proven to be a revolutionary tool that mixes practical techniques of old with dazzling technology of tomorrow. What needs to be understood — both by fans and by filmmakers — is that this is still a tool, one that can be used for great effect, but also to poor results.

The post How ILM's Volume Technology Reinvents Visual Effects (and What It Means for the Future) appeared first on /Film.