Having run for more than 30 years, "The Simpsons" has seen many writers come and go. One of the most acclaimed was John Swartzwelder, who wrote for th.. 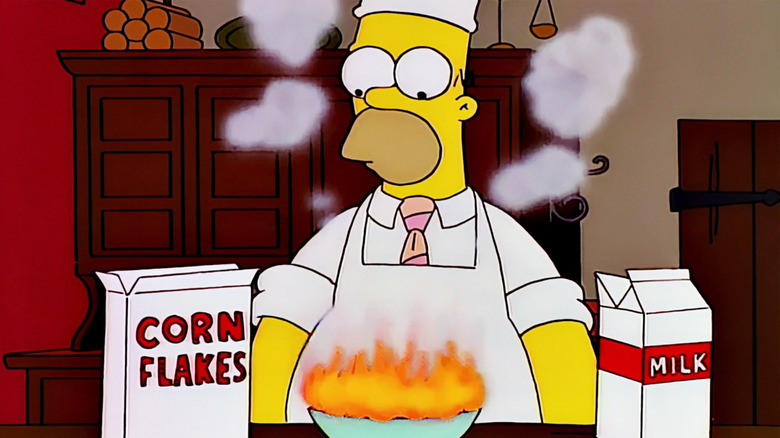 Having run for more than 30 years, "The Simpsons" has seen many writers come and go. One of the most acclaimed was John Swartzwelder, who wrote for the series from its first season to its fifteenth; his final episode was "The Regina Monologues," when the Simpsons family visits England and meets esteemed guest stars like then-Prime Minister Tony Blair and J.K. Rowling.

After leaving "The Simpsons" in 2003 (barring a brief return to help with "The Simpsons Movie" in 2007), Swartzwelder became a novelist. All this time, however, he's remained reclusive. He gave his first interview ever to The New Yorker in 2021. In the interview, Swartzwelder revealed the secret to writing Homer Simpson's character.

How To Write Homer Simpsons 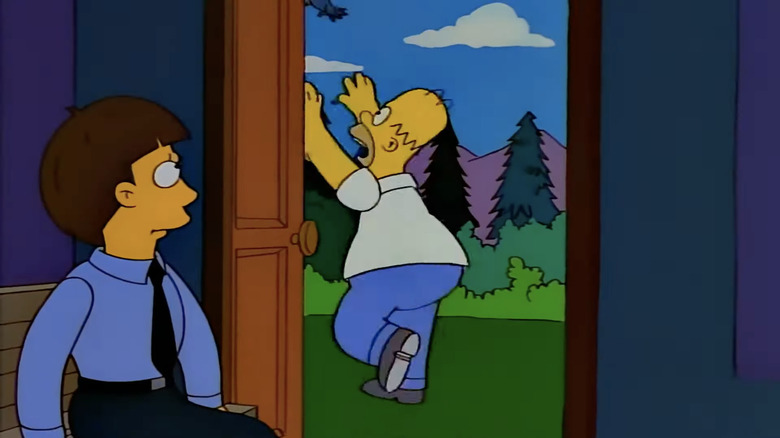 It'd take far too much space to list every classic "Simpsons" episode which Swartzwelder wrote. However, some Homer-centric ones on his resume include "Homer The Vigilante," where Homer leads a task force to stop a cat burglar plaguing Springfield, and "Homer The Smithers," where Homer becomes Mr. Burns' new personal assistant. He even wrote "Homer's Enemy," aka the one with Frank Grimes, which deconstructs Homer's ability to bumble his way to success.

Per Swartzwelder, and repeated by former "Simpsons" showrunner Mike Reiss, the secret to writing Homer is that he has the attention span of a dog. As Swartzwelder explained to the New Yorker:

"Yes, he is a big talking dog. One moment he's the saddest man in the world, because he's just lost his job, or dropped his sandwich, or accidentally killed his family. Then, the next moment, he's the happiest man in the world, because he's just found a penny — maybe under one of his dead family members. He's not actually a dog, of course — he's smarter than that — but if you write him as a dog you'll never go wrong."

During the early years of "The Simpsons," Bart was seen by the writers as the main character; Bart gets the most focus in season 1, being at the center of five episodes out of 13. However, by season 3 Homer had eclipsed his son in this role. His short attention span simply lent itself better to the show's rapid-fire comedy than Bart's trouble-making did. 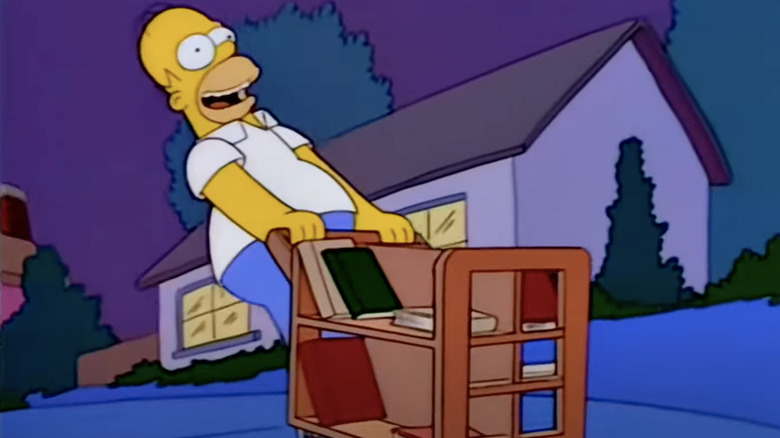 One of the funniest instances of Homer's dog-like nature is in the episode "The Joy of Sect," where almost all of Springfield is brainwashed into joining the Movementarian cult. Unlike the rest of the townspeople, they initially fail to brainwash Homer because he doesn't pay enough attention to their propaganda reel. He admits, "You see, when I get bored I make up my own movie. I have a very short attention span." When the cultists try again to brainwash him, he runs off chasing after a bird, in one of the more literal instances of Homer being dog-like.

It doesn't end there. In "Fear of Flying," Homer comes across the unconscious Guy Incognito. Homer is initially stunned by the existence of his doppelgänger, but it takes all of a second for him to start chasing after a dog instead, because, "[it] has a puffy tail!" As for Homer's mood swings, there's no better encapsulation of that than a 10-second scene in "Dumbbell Indemnity." In this episode, Homer hatches an insurance fraud scheme with Moe Szyslak but is left holding the bag. After escaping jail, Homer rides on a prison book cart, swearing "must kill Moe," before leaning back and exclaiming "wee!"

In many ways, "The Simpsons" still has a child protagonist — just one in a grown man's body.

Read this next: The 15 Best Simpsons One-Off Characters Ranked

Next post John Mayer Let The Office Use One Of His Songs, But He Had One Condition