Warning: Spoilers ahead for season 3 of "Evil." In its third season, "Evil" continued to be TV's best horror show, and one of the best overall TV.. 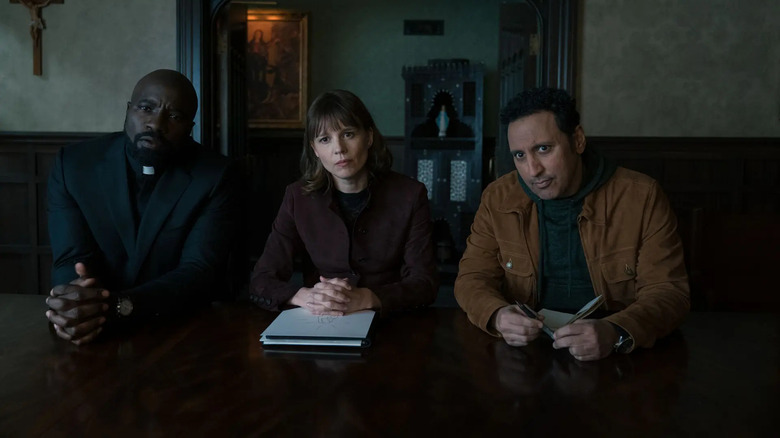 Warning: Spoilers ahead for season 3 of "Evil."

In its third season, "Evil" continued to be TV's best horror show, and one of the best overall TV shows, period. Despite a relatively slow start, the season quickly picked up steam and delivered a long streak of the best episodes the show has ever done.

After season 2 covered "The Pop-Up Book of Terrifying Things," this third season went even darker with "The Pop-Up Book of Contemporary Demons" serving as the structure for the seasons' tales of demonic horror. Throughout the season, we saw increasingly more horrible things befall our protagonists: Ben (Aasif Mandvi) struggled with his world of logic being slowly crushed by things he couldn't explain, Kristen (Katja Herbers) learned that her daughter was being groomed by evil people, and David (Mike Colter) battled with temptation and a mosquito demon.

This all culminated in a terrifying and satisfying finale that brought plenty of revelations, surprises, returns, and a possible change to the status quo going into season 4.

Let's break it down, shall we? 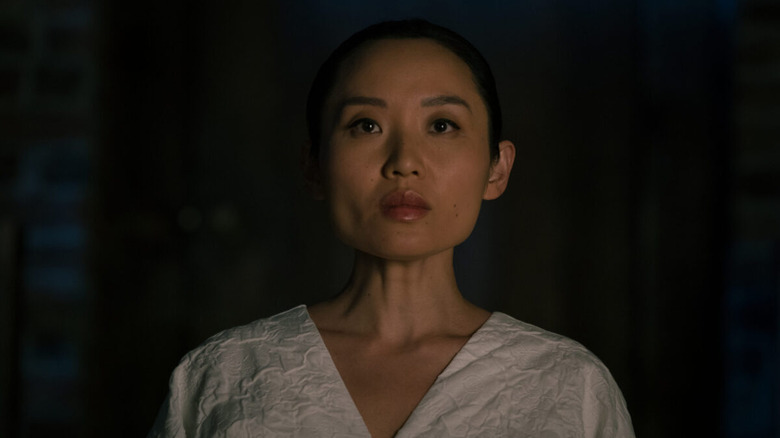 The finale picks up right where the previous episode left off, with the assassination attempt on the prophetess Grace Ling being stopped when Monsignor Korecki sacrificed himself and was killed by Michael Emerson's Leland. This causes the church to take Grace to the Vatican where she'll be supposedly safer from assassination attempts.

This seems to bring her story to an end for now, but hopefully doesn't mean the show will move on from its overarching story about the Vatican CIA, because that's been one of the highlights of the season. Seeing David essentially find himself in the middle of a spy thriller and struggle with seeing officials for the church spy and murder in the name of some greater good has been fascinating and very entertaining. Most importantly, it has served as a sort of spiritual successor to the overarching plot of the very missed "The Exorcist" TV show. In between its titular exorcisms, the show also explored a plot by a group of demonic worshippers inside the Catholic Church disguised as a charity group that voluntarily performed rituals to become possessed by demons and even tried to assassinate the pope.

It was a ridiculously funny way to take something as big as the battle between good and evil to a human level and hint at the supernatural without outright making demons real. While "Evil" has done a good job of keeping a sense of ambiguity around the appearance of demons and angels, seeing a bunch of people in suits and sunglasses talk about extracting prisoners, executing targets, and overall being involved in a pseudo-cold war against satanic sects has been one of the big joys this season.

The Daughters Save The Day 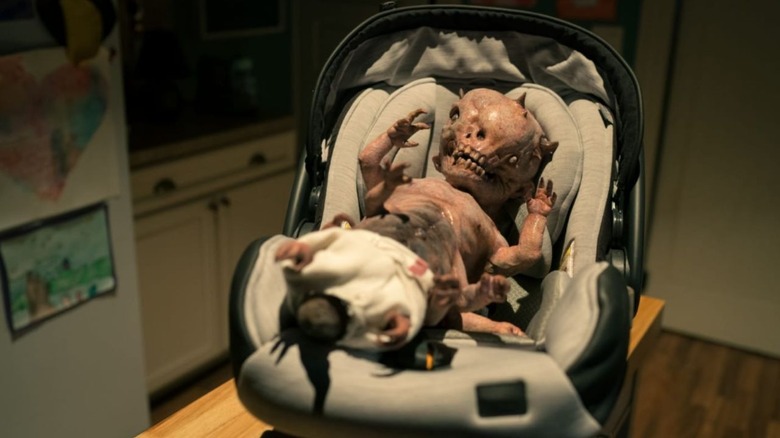 The finale mostly deals with the moment we knew was coming for most of the season: Leland and Sheryl's plan to murder Kristen's husband Andy and tell her he just died in an avalanche. Luckily, Kristen's four daughters have been toying with Leland all season, and they immediately recognize something is wrong, so they trick him into accidentally revealing that Andy's whole trip to Nepal is a lie and they've been talking to Leland this whole time. This prompts Leland and Sheryl to let Andy go, as he just shows up the next day unscathed, but without a single memory of what happened to him.

This should have huge repercussions for the show going forward. So far it doesn't seem Andy remembers anything, not even his fights with Sheryl before going away, but he knows something is wrong. Plus there's the whole vision he had of a group of every demon that is now infestation their house after leaving the neighbors', as well as Dr. Kurt Boggs, looking like a nativity scene with a baby demon. There's little way that Andy doesn't either seek help or remember what happened to him. This is a big enough hanging thread that not addressing it early in season 4 would be an uncharacteristically huge mistake on the writers' part.

Speaking of Dr. Boggs, that man is now officially the world's worst therapist since Tobias Fünke, as he's fully given himself to Satan with the promise of maybe writing a book — doesn't he know he won't make a living from it? By the time the episode ends, the Bouchard family is all reunited, David has seemingly overcome his demonic temptation with the help of Sister Andrea and a mosquito net, and Kristen discovered her mom works with Leland. 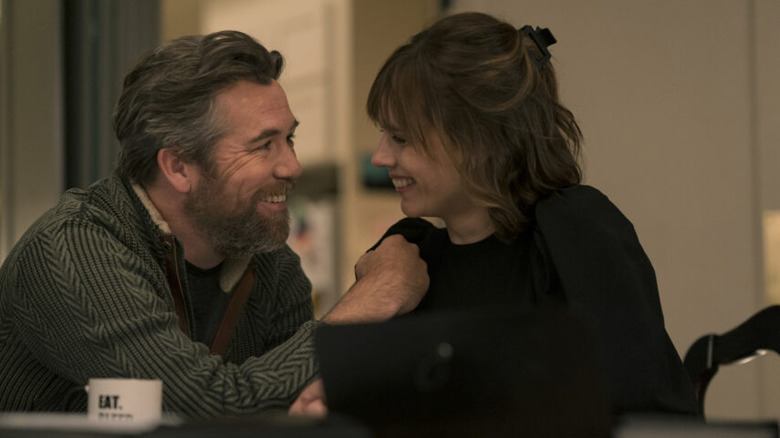 Where does this leave us? There are still plenty of unanswered questions, like whether the girls will tell anyone that Dr. Boggs is writing a backward book about a mother of four being murdered by her daughter, or whether Andy's memories will return, or if Ben will finally put two and two together and realize the girls told him Leland had kidnapped their father. And will anyone care that Grace pointed out how the DF company has the symbol of a major demonic family?

We don't know if any of these will actually happen, but we do know something: things are going to change come next season. The season ends with Kristen finding out her missing egg (after an unfortunate mislead earlier in the season) and turns out the egg is fertilized: with Leland's child. To make matters worse, Kristen finds her mother at the same office, the office where the gross shortcake-loving demon works. There is no way this doesn't affect the dynamic, and now that Monsignor Korecki isn't around and given how Father Ignatius is less interested in the church politics, we might get a proper open war against Leland come season 4.

And that's because we know season 4 is coming, and we know it's going to be different. That is because the very last shot of the episode closes The Pop-Up Book of Contemporary Demons, flips the book, and reveals The Pop-Up Book of Contemporary Angels, with The Demon of the End giving way to The Angel of the Beginning. What does this mean? Hopefully at least one win for the main team.

"Evil" is streaming on Paramount+

The post Evil Season 3 Ending Explained: Welcome to the Book of Angels appeared first on /Film.

Next post The Rehearsal Is A Window Into A Neurodivergent World