Black Cat’s Comic Book Powers Were Too ‘Ridiculous’ For Spider-Man: The Animated Series

Under The Radar: The Roundup, Resurrection, And On The Count Of Three Shake Up A Sleepy August

(Welcome to Under the Radar, a column where we spotlight specific movies, shows, trends, performances, or scenes that caught our eye and deserved more.. 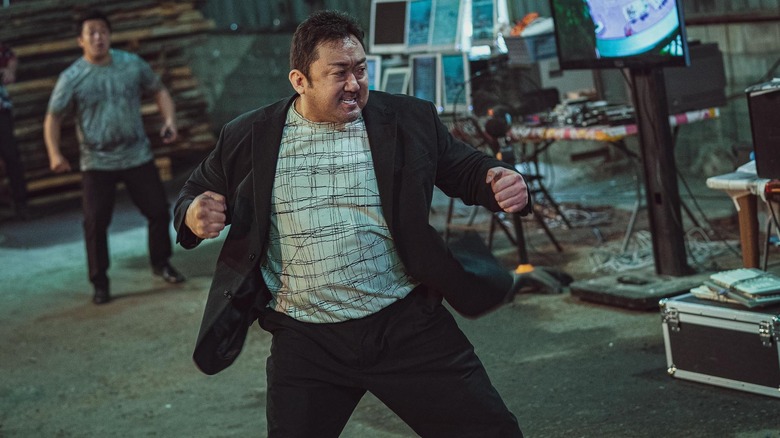 (Welcome to Under the Radar, a column where we spotlight specific movies, shows, trends, performances, or scenes that caught our eye and deserved more attention … but otherwise flew under the radar. In this edition: Rebecca Hall soars in "Resurrection," "The Roundup" hits hard, and "On the Count of Three" leaves a lasting impression.)

You know how it goes. The doldrums of the late summer months typically equate to a similar sense of malaise at the box office. Blockbusters, previously a constant presence at multiplexes wherever you turn, are suddenly nowhere to be seen. Meanwhile, smaller movies languish because if a rising tide lifts all boats, the opposite would have to prove unenviably true. After all, if conventional thought has any merit, the lack of event movies has to mean that there's nothing whatsoever worth going out to support … right?

Well, the circumstances surrounding the release (and supremely disheartening performance) of George Miller's unabashedly romantic "Three Thousand Years of Longing" and even "The Invitation" would seem to point towards the truth of that theory. Personally, however, I've never been one to throw in the towel and give in to cynicism. Okay, that's not true in the least, but humor me for a minute.

As much as marketing or streaming competition or even just an overwhelming lack of curiosity may be to blame, what if many of us simply aren't looking in the right places? The beauty of a column like this, self-imposed restrictions and all, is in its built-in requirement to look beyond the easiest or most obvious means to find entries worth highlighting. Reader, believe me when I say the following three movies from August only scratch the surface. Consider "The Roundup," "Resurrection," and "On the Count of Three" a starting point. The rest is up to you! 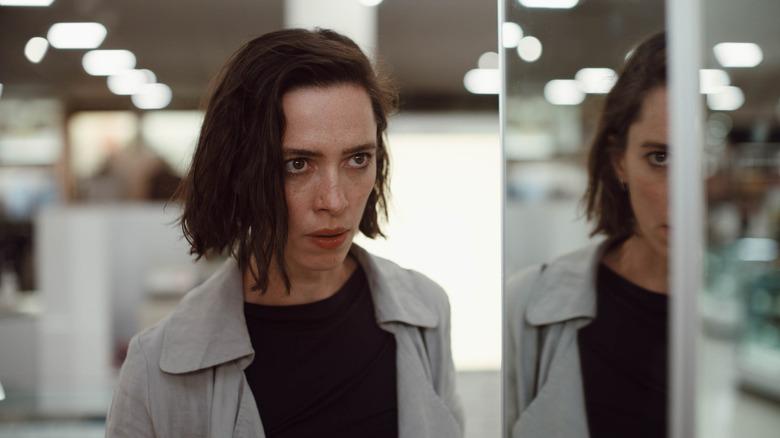 Between "The Night House" and now "Resurrection," it'd be a no-brainer to crown Rebecca Hall as one of our most underappreciated scream queens in recent memory. After all, having consistently brought a hurricane of intensity to her roles dating back to her powerful turn in Christopher Nolan's "The Prestige" in 2006 and all without much awards love to show for it, few working actors today feel more at home in a column about under the radar picks than her. But, while accurate, that doesn't seem like enough to adequately describe just how well the strengths of the horror genre plays off her own.

With a seemingly brittle façade hiding an unfathomably deep well of emotion and strength just waiting to pour out, rarely has Hall's unique sensibilities as a performer felt more in line with a script than in writer/director Andrew Semans' psychodrama "Resurrection." The actor plays Margaret, a typically overbearing single mom to her (almost) 18-year-old daughter Abbie (Grace Kaufman, also a standout in "The Sky Is Everywhere"). Right from the film's opening moments, dispensing sound relationship advice to a younger intern with all the knowledge and experience she has to offer, our steely protagonist projects the very image of someone who has her life in carefully constructed order … until a menace from her distant past shows up (Tim Roth, as chilling and unnerving as we've ever seen him) to haunt her every step.

There might not seem anything new to mine from such a well-worn premise, but Hall digs deep to expose every frayed nerve and coping mechanism that Margaret assumed she'd put behind her. A certain 7-minute monologue, composed of a single shot that steadily swallows the actor in darkness as she unloads her traumatic backstory on an unsuspecting listener, might well be the scene of the year. Once her world shakes loose from beneath her, her wildly oscillating mannerisms works flawlessly with a script that turns more abstract and dreamlike. It wouldn't be an overstatement to say that the ambiguous final shot — and, by extension, the movie as a whole — lives or dies on the most subtle microexpressions of her face.

The disturbing third act will (and already has) provoked comparisons to Alex Garland's "Men," but Rebecca Hall ensures that "Resurrection" uniquely crawls deep under the skin and changes you from the inside out.

The Legend Of Ma Dong-Seok Grows In The Roundup 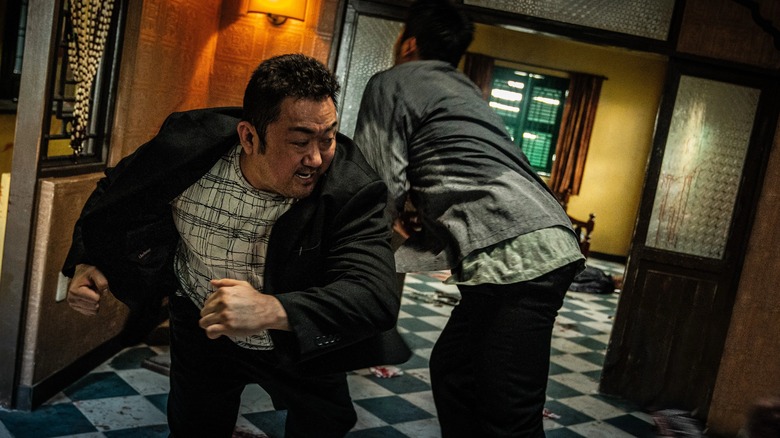 Here in the West, discussions of ongoing action franchises almost fully reliant on the aura of their main star essentially begins and ends with Keanu Reeves in the "John Wick" movies. Much like our pop culture perception of arguably the most authentic and genuinely nice figure in the business, the movies themselves lionize Wick as an in-universe legend … the biggest difference being the character's talent for headshots. In East Asia, however, the closest equivalent just might be the unstoppable might of Ma Dong-seok in "The Roundup."

Known to most English-speaking audiences as Don Lee, too few within typical (read: white) film circles seem to recognize just how larger-than-life Ma Dong-seok really is. Still, audiences could do far worse for a refresher than 2017's "The Outlaws" (which /Film's Matt Donato reviewed here) and especially its sequel, "The Roundup," that just hit VOD earlier this month. With a crime drama sensibility that evokes Martin Scorsese or Michael Mann; hard-hitting action choreography, quick-cutting editing, and visceral sound design that will have you feeling every thrown punch (refreshingly, despite taking place in the aughts and featuring several gangsters and criminals, there's hardly a gun in sight); and a loose, comedic sensibility that keeps the tone light on its feet even as the violence ramps up, every aspect of "The Roundup" works in perfect tandem with its reverence and awe for Ma Dong-seok.

If it seems like I've skipped over story details, that's because Ma Dong-seok's physically imposing police detective Ma Seok-do is the story. "The Roundup" depicts the movie star like a force of nature, a superhero, and a throwback '70s noir lead all at once. With 10 total films in the works for this franchise, you'll want to keep track of this one.

On The Count Of Three Walks An Impossibly Fine Line 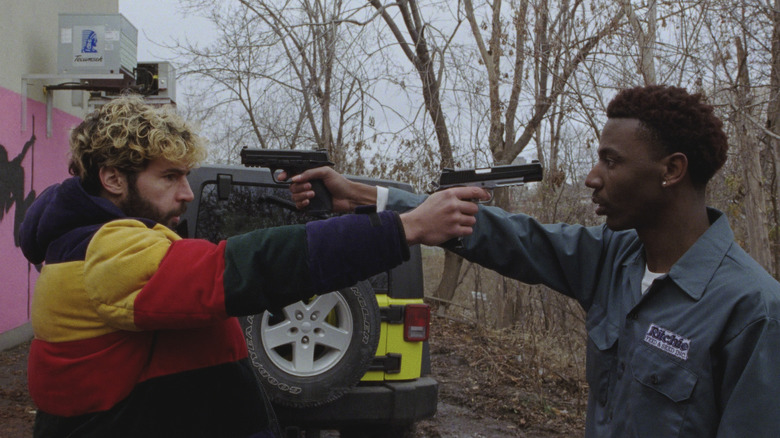 When a movie begins with two individuals pointing guns at each other's faces, entirely without malice, it's enough to set aside any reservations jaded moviegoers (like myself!) may have about a script resorting to the in media res cliché of starting at its most "exciting" moment before flashing back to begin the story proper.

"On the Count of Three" wields audience assumptions like my own as a weapon — similar to the ones that our two leads are intent on killing each other with — and defies convention with as much brazen disaffection as the deeply broken main characters of this provocative dark comedy. With a premise that evokes a rollicking farce of a movie like "Four Lions" and a whirlwind energy that calls to mind the Safdie brothers' "Good Time," this feature debut by comedian Jerrod Carmichael somehow manages to chart its own path altogether. It just so happens to be about two lifelong friends who decide to assist each other's suicide, having finally had enough of the awful hand that life has dealt.

More than anything else, it's the tonal balancing act Carmichael rides (from a script by Ari Katcher and Ryan Welch) that elevates what could've been a trainwreck in lesser hands. Only his performance as co-lead Val rivals his actual direction, bringing all that self-assurance from behind the camera to his stunning portrait of an individual who's reached the end of his rope. Along with the equally as suicidal Kevin (an incredible Christopher Abbott), the two spend one final day living like there's no tomorrow … because, as far as they're concerned, there isn't.

Steering well clear of hackneyed morality plays, "On the Count of Three" accomplishes something much more bitterly ironic, touching, and unforgettable.

The post Under the Radar: The Roundup, Resurrection, and On The Count Of Three Shake Up A Sleepy August appeared first on /Film.