While the rest of Hollywood was going wild for superhero movies and shared universes in the 2010s, James Cameron was keeping his nose pressed firmly t.. 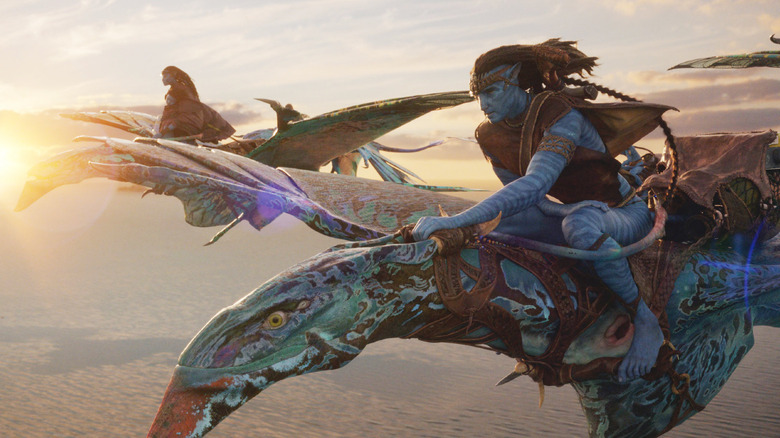 While the rest of Hollywood was going wild for superhero movies and shared universes in the 2010s, James Cameron was keeping his nose pressed firmly to the grindstone trying to figure out how the heck to make a sequel to his Oscar-winning, box office monster "Avatar." The easy answer is "You don't," but it's clear by now this sci-fi franchise is no mere cash cow for Cameron (well, okay, it's not just that) — it's his true calling.

Still, by the time the first of Cameron's four planned sequels, "Avatar: The Way of Water," arrives at the end of 2022, it will have been a whole 13 years since the original "Avatar" movie gave the world blue fever in 2009. As you might imagine, getting to this point has been a real stop-and-go process for Cameron. His initial plan was to direct a pair of sequels back-to-back and round out a trilogy, with the first of them dropping in late 2014. That is, until, Cameron decided to throw out his early draft for what would become "The Way of Water" and begin from scratch.

Not that it's hard to believe a reputed, ahem, temperamental director like Cameron would go to such extremes, but why, exactly, did he do that? Speaking to The Times UK (via Variety), Cameron said he'd failed to "crack the code of what the hell happened" to make "Avatar" such a hit. He elaborated:

"All films work on different levels. The first is surface, which is character, problem, and resolution. The second is thematic. What is the movie trying to say? But 'Avatar' also works on a third level, the subconscious. I wrote an entire script for the sequel, read it and realized that it did not get to level three. Boom. Start over. That took a year."

The Experience Of Avatar 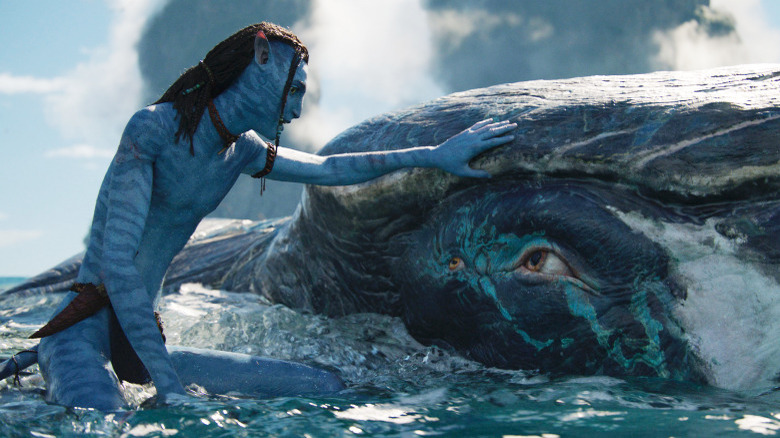 You would be forgiven for being a little cynical about the way Cameron waxes poetic about the artistry of "Avatar" beyond its sense of craft. Even when it first came out, critics and general audiences were clearly far more taken with the movie's visuals and the cinematic experience it offered than they were its scripted elements (which were praised for having progressive environmental and anti-imperialist themes but derided for relying on regressive tropes like the White Savior).

In his defense, Cameron seems at least somewhat aware of this. When interviewed by The Marianne Williamson Podcast in 2021, he explained the experience of watching "Avatar" is what he's referring to when he talks about the "third level" the film works on:

"There was a tertiary level as well… It was a dreamlike sense of a yearning to be there, to be in that space, to be in a place that is safe and where you wanted to be. Whether that was flying, that sense of freedom and exhilaration, or whether it's being in the forest where you can smell the earth. It was a sensory thing that communicated on such a deep level. That was the spirituality of the first film."

Indeed, those sensory aspects were very much essential to making "Avatar" such a runaway hit with the masses. It's a rare quality that would have been tough enough for a follow-up to recapture eight years ago, much less in the modern movie landscape. Perhaps it's for the best, then, that Cameron didn't hesitate to toss out his original sequel script draft. You never bet against James Cameron, as the saying goes, but even he knows he needs to put his strongest foot forward here.

The post Here's Why James Cameron Trashed the First Draft of Avatar 2 appeared first on /Film.