Ridley Scott Wanted Alien To Be The ‘Antithesis’ Of Star Wars

Seeing "Star Wars" when it premiered was a career-altering experience for Ridley Scott. Although his admiration for the film ensured his next project .. 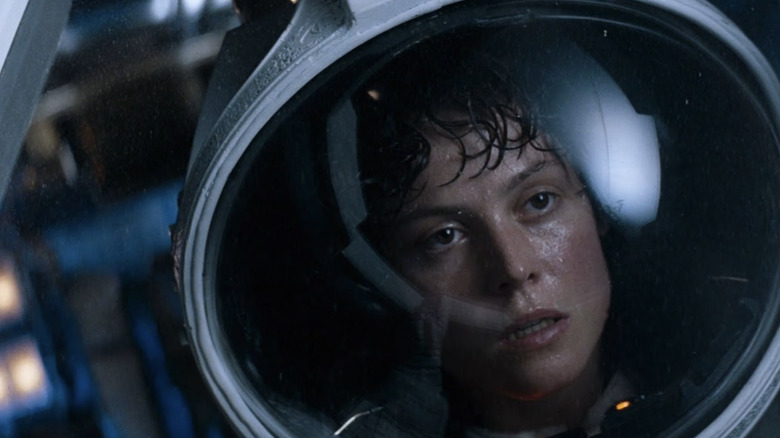 Seeing "Star Wars" when it premiered was a career-altering experience for Ridley Scott. Although his admiration for the film ensured his next project would be in the realm of sci-fi, he also felt despair over having to distinguish it from the instantly iconic imagery of directors who got there first. It helped that the "Alien" script Scott inevitably fell in love with lent itself heavily to horror. Something it had in common with early sci-fi films from studios like Universal ("Frankenstein," "The Invisible Man," "Dr. Jekyll and Mr. Hyde") that helped the genre gain traction. It's also no coincidence that many of those initial projects — and more still today ("Annihilation," "Dune") — are adapted from novels. After all, the veritable grandparents of the whole genre are science fiction writers from Mary Shelley and H.G. Wells to Arthur C. Clarke.

This explains why the visual aesthetics for most movies considered sci-fi appear based mainly on the 20th century's collective imaginations. Even today, everything from the sleek alien robots of "The Day the Earth Stood Still" and "2001: A Space Odyssey," to the paradoxically ancient feel of space-westerns like "Star Wars," remains so familiar. The advent of digital effects has only increased our ability to crank out stunning visions of vastly different futures. And Scott himself ended up being one of the molders of the sci-fi genre — which he did by going in the complete opposite direction as Lucas.

Creating A Gritty Vision Of The Future 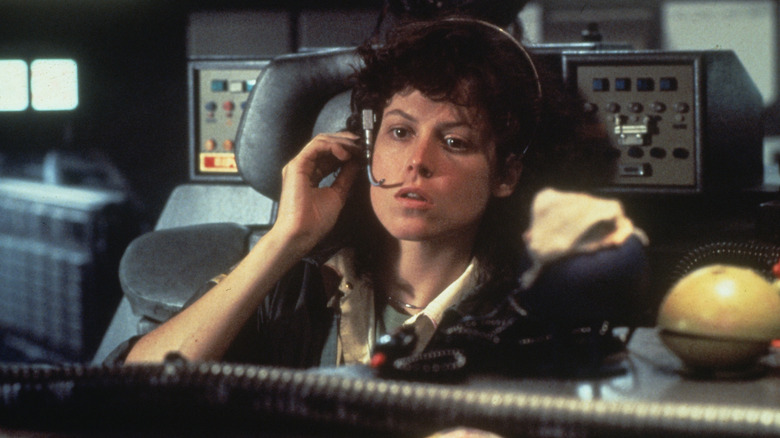 Interestingly enough, seeing "Star Wars" in theaters wasn't Scott's only influential interaction with the galaxy far, far away. He told Force Material that while he was in Los Angeles shooting his film "The Duellists"' he came across some of Lucas' sketches for the saga, describing them as "really intriguing and original — a mix of retro and future." But for his own sci-fi movie, Scott knew he needed to do things differently. He told The Hollywood Reporter he wanted to make "Alien" the complete "antithesis" of "Star Wars."

So he traded all the high-tech wonder of hyperdrive starships and lightsabers for a future that had lost the "spanking new" shine it's often polished with. It's why the crew of the Nostromo uses technology that looks like it was ripped straight from the late 70s or why the commercial vessel itself embodies a look Scott described as a "freighter in space." Even sophisticated elements like the ship's computer Mother (an advanced piece of hardware but useless against the alien) and the android Ash (revealed to be an insidious agent of Weylan-Yutani) are exposed as contaminated by a gritty, flawed future.

"Alien" also has an aesthetic similar to the dystopian-leaning futures penned by Philip K. Dick. Film adaptations of his novels like "Total Recall" and "Blade Runner" — Scott's second foray into the future — even carry many of the same tenets as his first. From nefarious corporations dismantling the cosmos to a disenchanted imagination of a future in which humanity is plagued by existential threats via non-humans like replicants or hostile extraterrestrials. And nowhere does "Alien" drive that home than with its terrifying antagonist: the Xenomorph. 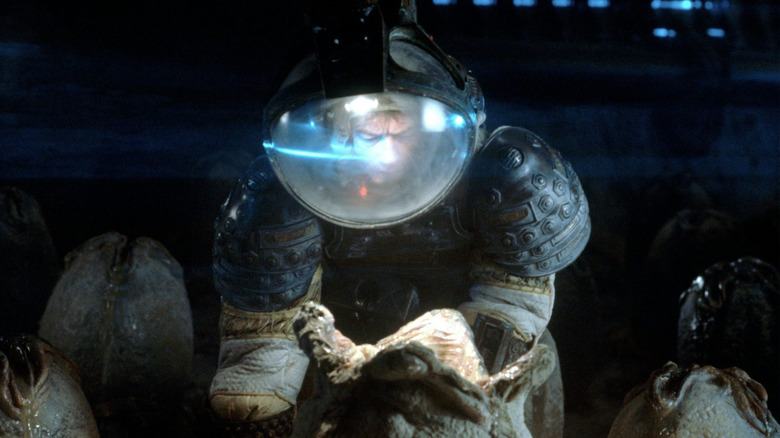 Prior to the epiphany that led him to the realm of science fiction, Scott was considering adapting a medieval chivalric romance like "Tristan & Isolde." So it's not incredibly surprising to discover that viewing both "Star Wars" and "2001: A Space Odyssey" were teachable moments for the director. "It was the first time in my life I learned that computers are smarter than people," he told The Hollywood Reporter. But his unfamiliarity with the genre didn't prevent him from finding the perfect people to help visualize and design the universe of "Alien."

"I was absolutely knocked out by [Moebius]," Scott said, referring to the French artist whose sketches were used as the inspiration for the crew's spacesuits. Unlike the glossy suits worn by the Empire in "Star Wars," the ones in "Alien" look more like ancient and clunky diving suits. Scott continued: "And I thought, 'I'm going to apply Moebius to this film and that's the way to go,' because the screenplay didn't rely on characters, but in fact relied on a monster." Bring us to perhaps the most antithetical part of "Alien" when compared to other sci-fi films: the absolutely terrifying Xenomorph. 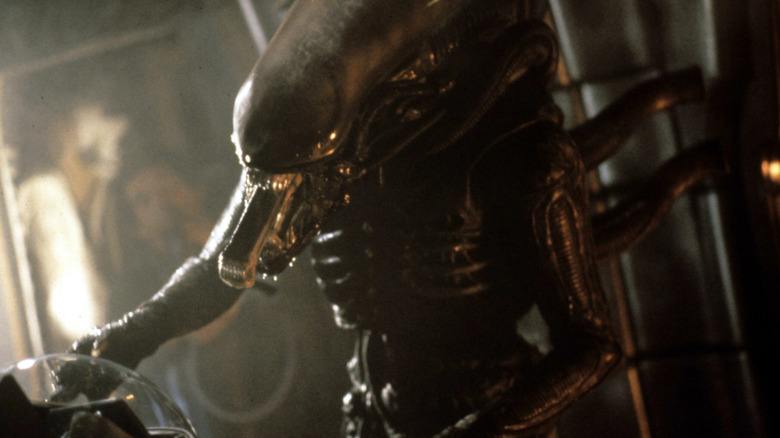 As far as aliens go, the Xenomorph is a truly dreadful creature with its humanoid pitch-black exoskeleton, acid for blood, and retractable second mouth. Ironically, it was pure happenstance that Scott ever found his muse for such a horrible deep-space monster. "Funnily enough, I came across a guy called H.R. Giger and if I hadn't got that monster you would not have had that movie," he told Yahoo! Movies. It was inside Giger's book of illustrations "Necronomicon" that Scott discovered a truly disturbing but mesmeric painting titled "Necronom IV."

As with Moebius, the director was "so taken" by the drawing he flew to Giger's home in Switzerland and convinced the aerophobic artist to travel by train to England so he could work on the film for ten months. As reported by Vice, Scott had Giger create a "natural history" for the creature to flesh it out into something realistically lethal. Everything about the Xenomorph made it decisively incongruent with any of the sci-fi worlds seen on film at the time.

Of course, hostile aliens have been a staple of sci-fi since the beginning. This wasn't the cartoonish little green men imagined by your great-grandparents to be living on Mars and even monsters like the rancor of "Return of the Jedi" couldn't earn a fright like the one in "Alien" could. The Xenomorph ended up being the soul-mate antagonist for Scott's nightmarish sci-fi vision. And it's doubtful he would've made something so wholly unique had he not pushed from the very beginning to create a film so contrary to "Star Wars."

The post Ridley Scott Wanted Alien To Be The 'Antithesis' Of Star Wars appeared first on /Film.