The Menu And Digging Into Delicious Horror Food [Fantastic Fest]

"The Menu" is one of the best horror movies of the year. A slow-cooked, delectable full-course meal marinated with dark humor and some surprising, gor.. 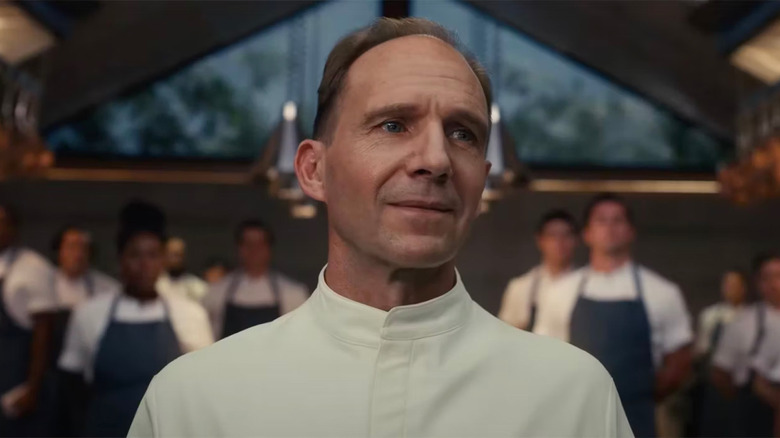 "The Menu" is one of the best horror movies of the year. A slow-cooked, delectable full-course meal marinated with dark humor and some surprising, gory turns. It is a film set in the world of haute cuisine, where the rich go to expensive restaurants just for the sake of exclusivity, where chefs care more about providing a theme and a concept than they do about making actual good food. We're talking about the kind of place that serves a breadless bread plate and a course consisting of just leaves on a rock to represent the ocean or something. "The Menu" is hysterical, mostly thanks to a stellar turn by Ralph Fiennes, who is perfectly cast and used here. But it also has something to say about the service industry and its treatment, about creative burnout, and more.

More importantly, however, this movie just looks absolutely delicious. Because the story takes place during the course of one long meal, there are a lot of shots of food being prepared and served, and "The Menu" looks like you're watching a high-end docu-series about food, to the point where you will want to be eating while watching the film — go with the cheeseburger, trust me.

Making food look good in horror is no easy task. The genre is already preparing you for something bad and scary, disgusting even. Food in particular is one of the things we most need to be clean and made properly as we put it in our mouths, which is why it's so common to have images of rotten food plates in horror movies to signify a place being abandoned or just gross. This only makes "The Menu" all the more special, as it belongs in a select group of horror titles that actually make you hungry. 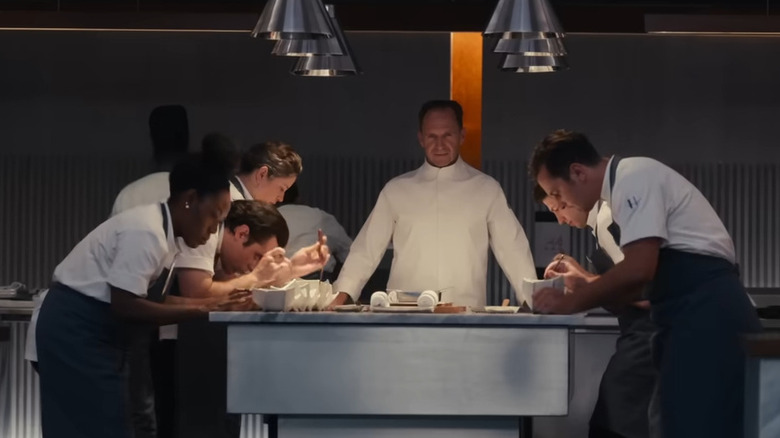 As mentioned, food is absolutely essential to "The Menu." Because the movie is set inside a restaurant during the course of several meals, each scene is accompanied by a plate of food and by the guests' reactions to it. The plates have meaning, their presentation signifying something larger, even if it's just a dumb, cruel joke. With course after course being served, it is essential that each plate look and feel distinct, but thankfully that isn't a problem. Even the dumb conceptual food like the leaves on a rock covered in foam, the breadless bread plate or the deconstructed taco is shot meticulously so as to highlight the presentation and the ingredients for maximum mouth-watering effect.

A big reason why this works is that second unit photography in "The Menu" is handled Chloe Weaver, who previously worked on Netflix's "Chef's Table." Weaver and her team shoot Chef Slowik's meals with the same attention to detail and the same use of tropes, angles and tricks that the best food documentaries use, in order to make it clear the horror is coming not from the food but from the environment in which the meals are being served. Like the characters, we are lured into a false sense of security with the comfort of food and the sense of elegance from its fancy presentation before the blood and the horror start hitting the fan and all hell breaks loose. 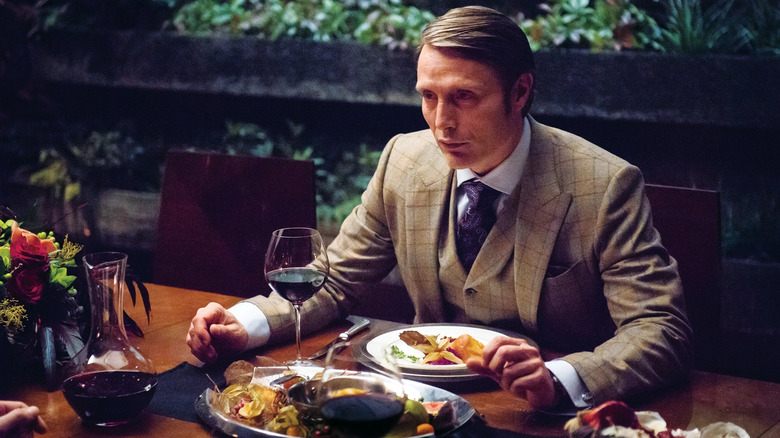 This is not unlike the way NBC's "Hannibal" TV show did things. Despite knowing very well that the meals served by doctor Lecter contained, shall we say, horrific and murderous ingredients, they were presented in a very aesthetically pleasing way so you were lured in with a false sense of security. After all, the food is not the horror, and meat is just another ingredient. That show worked because they had a world-class chef as a culinary advisor. But it is rare for horror to do this, as food, the act of biting down and then chewing on something, can be pretty horrific. Even something like "Raw" turned the simple act of eating salmon look gross and disturbing.

It is so easy to make food part of the horror, to put some maggots and mold on bread for a jump scare and call it a day. The real challenge is making a horror movie that is scary, but which features food that you actually want to eat. In that regard, "The Menu" is a satisfying meal that will leave you wanting seconds.

Read this next: 14 Horror Movie Flops That Became Cult Classics

The post The Menu and Digging Into Delicious Horror Food [Fantastic Fest] appeared first on /Film.