"The Princess and the Queen," the sixth episode of "House of the Dragon," is a lesson in character development. It features a significant time jump an.. 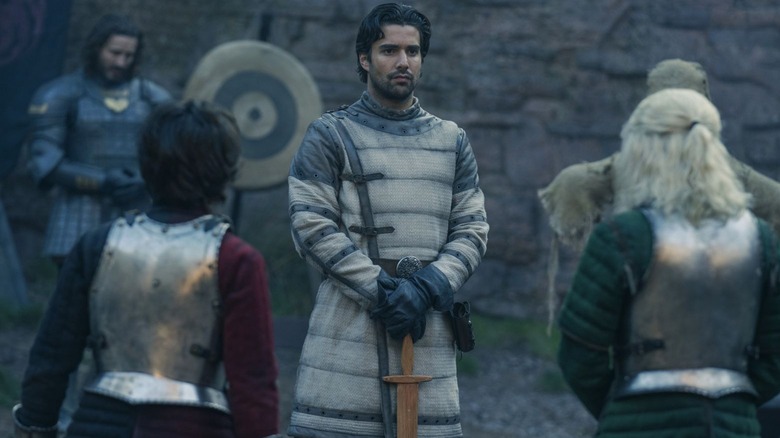 "The Princess and the Queen," the sixth episode of "House of the Dragon," is a lesson in character development. It features a significant time jump and is a reintroduction to the characters we've spent five episodes getting to know. Ten years have passed since that fateful wedding day in Westeros. Olivia Cooke and Emma D'Arcy have taken over their roles as Alicent Hightower and Rhaenyra Targaryen, and there are a whole new bunch of Targaryen and Velaryon children to get acquainted with.

While the transition to Alicent and Rhaenyra's adult selves is pretty much seamless and stays true to their characters, there are two people in Westeros who have undergone dynamic transformations. There's our favorite toxic dragon boy turned reluctant family man Daemon Targaryen (Matt Smith), and there's the former loyal knight and now tantrum-throwing incel Ser Criston Cole (Fabien Frankel). The episode is a stellar depiction of how time changes people: some for the better and some for the worst.

Spoilers for "House of the Dragon" episode 6. 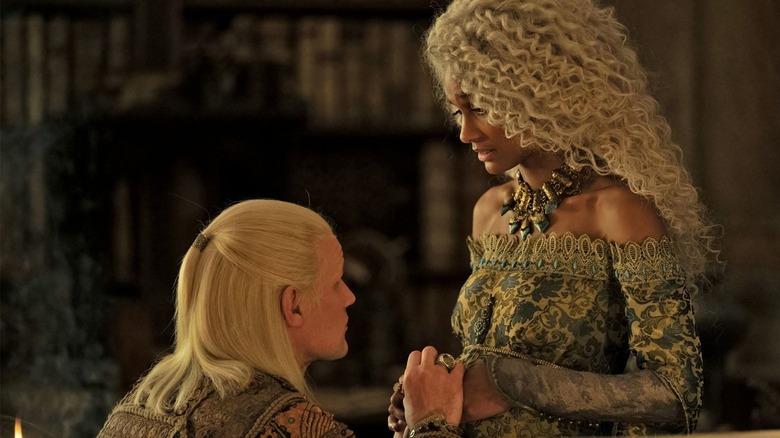 Daemon Targaryen has spent five episodes being his best morally gray self. He has angered his brother, waged wars, crashed parties he wasn't invited to, seduced his niece, nearly kissed her at her wedding, made powerful alliances, committed murders, and torn people's limbs apart. Daemon is the perfect recipe for chaos and the reason for his brother King Viserys' endless headaches. Then there's Ser Criston Cole, Rhaenyra's chosen protector, a good-looking knight who never let her out of his sight and swore to protect her with his life. The decade-long time jump has affected everyone in Westeros, especially these two, and you can see glimpses of their character development despite not having seen them through the years.

The power-hungry Daemon has become something of a family man — he has a happy, healthy marriage with Laena Velaryon (Nanna Blondell), and seems to genuinely care about her. He dragon-races with her, helps raise their children together, and unlike his brother, doesn't make a decision for his wife when she's on the birthing battlefield. Although it doesn't feel like much of his choice, he expresses to Laena that he has no intention of returning to a world of power and politics. But he still tirelessly reads about dragonlords to feel closer to home. Daemon has become a defanged family man who is, albeit reluctantly, at peace with where he is. He doesn't covet a title or a throne (for now, at least), and he enjoys being praised for his dragon-riding abilities. He's happy — or at least trying to be content with where he is, and he's okay with that. Then there's Ser Criston Cole, who has started talking far too much.

A Narcissist Of His Own Consequence 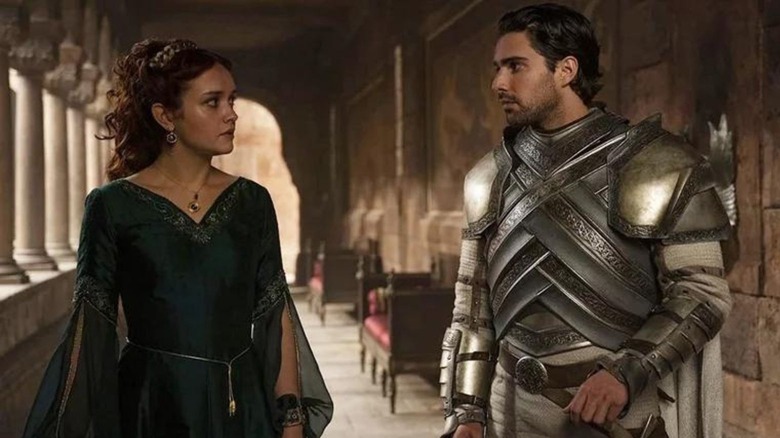 Ser Criston Cole is the stupidest man in Westeros — the last two episodes have already established that he is dangerously full of himself. During the time jump, Rhaenyra's former lover has become a violent, bitter man. The once softspoken, concerned knight is now an angry guy who spews words of venom for the princess that stops even the queen in her tracks. Along with being part of the kingsguard, he now has a new full-time job — hating Rhaenyra. He insults her, accuses her of giving birth to bastards, and calls her "a spider who stings and sucks her prey dry." Talk about being dramatic.

Cole simply cannot move on from Rhaenyra's refusal to marry him and live out the rest of their days in a free state with good oranges. The fact that he's still living in King's Landing is ironic because he appears to be so in love with the idea of leaving Westeros. Instead of being removed from his position (he killed Laenor's lover and ruined a royal wedding, remember), Criston has managed to grow closer to the queen (they have a mutual enemy, now!) and maintained his position of power, and seems pretty down with the idea of ruining Rhaenyra's life one way or another. His sense of honor is selective, his sense of masculinity is breathtakingly fragile, he makes choices that are convenient to him, and he has no intention of being diplomatic about it.

Criston Cole Has Learned Nothing 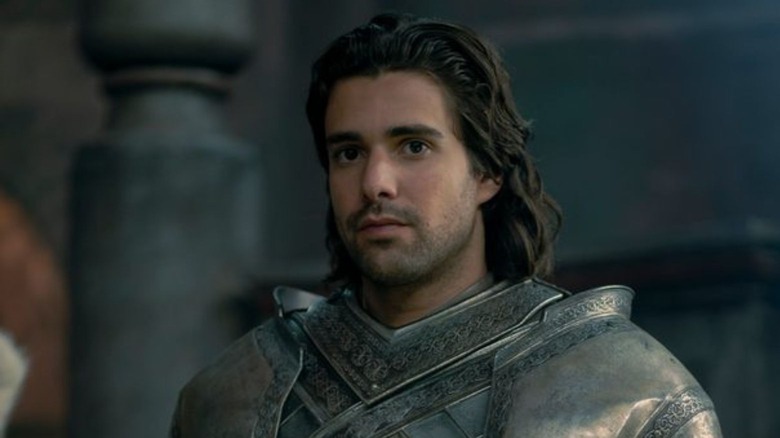 "It is what it is" appears to be Cole's new mantra; he's angry and he's going with it. If you think about it, he is a pretty funny character — he spends his time ranting and parroting villain-like monologues. He oozes homicidal rage because he got rejected once and is now committed to making it everyone's problem. He has the gall to accuse Ser Harwin of fathering Rhaenyra's children in front of the king and gets away with it.

All I'm going to say is that Cole will not be getting away with his actions for too long — I'm giving it another episode or two until the knight realizes the power and will of the people he is really up against. There's only so long a queen consort can protect you, and Cole is about to learn that truth very soon.

The Future Is Near 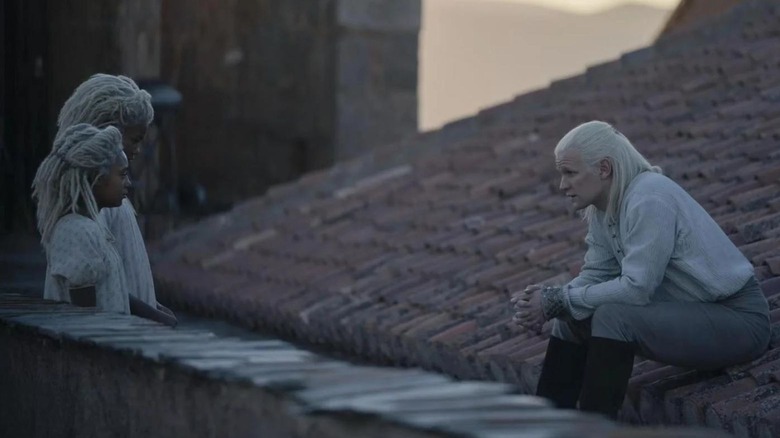 Hatred is a worrying emotion in Westeros — people have started wars, betrayed their loved ones, and killed out of hatred. Everyone holds grudges and refuses to let go. As seen already, Alicent and Cole hate Rhaenyra and everyone associated with her with a burning passion that was enough for her to have escaped to Dragonstone.

While Daemon will no doubt continue to be an unpredictable character, never letting people know his next move, the same can't be said for Criston Cole, who has evidently transformed into the worst version of himself. Perhaps Cole is yet to learn about the power wielded by the House of the Dragon and its members, an experience that will prove most illuminating when he can no longer hide behind his sword and his queen.

Read this next: The 13 Best Game Of Thrones Characters Who Weren't In The Show

The post How House of the Dragon Has Transformed Daemon Targaryen and Ser Criston Cole appeared first on /Film.