The Director’s Edition Of Star Trek: The Motion Picture Wants To Correct The Character Of Kirk 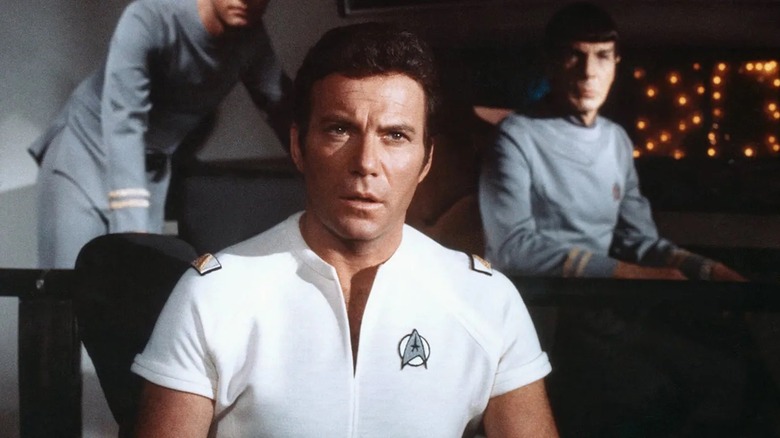 Robert Wise's 1979 film "Star Trek: The Motion Picture" is the perfect adaptation of the 1960s TV series for the big screen. By 1979, "Star Trek" had been off the air for a decade, but had only grown in popularity thanks to eternal syndication. The same decade saw the rise of the "Star Trek" convention as a cultural institution. Series creator Gene Roddenberry began giving lectures, and he and his fans started to form a consensus together as to what "Star Trek" really meant; that is: an optimistic show about peace, philosophy, and diplomacy. After the success of "Star Wars," science fiction proved to be a commercially proven genre, so by 1979, a "Star Trek" motion picture was eminently logical.

The resulting film was nothing more that "Star Trek" written in the largest possible terms. The ship was no longer a mere TV effect, but a glorious, massive construct that warranted several straight minutes of celebration. The film's plot — about a possibly malevolent, hyper-intelligent space cloud drifting toward Earth — opened up conversations about the nature of life, and also its meaning. For Trekkies longing to see their object of affection treated with the appropriate amount of enormity, Wise's film fulfilled on every level. Accusations of "The Motion Picture" being slow or boring aren't relevant in the face of its respect of spatial awe.

Another notable change from "Star Trek" to "The Motion Picture" was the behavior of Admiral Kirk (William Shatner). While Kirk could be somewhat stern on "Star Trek," he was generally clear-headed and affable, especially with his closest compatriots Spock (Leonard Nimoy) and Dr. McCoy (DeForest Kelley). In "The Motion Picture," Kirk was angrier, more confrontational, less patient.

In a recent interview with ScreenRant, producer David C. Fein addressed the change.

Robert Wise Was Not A Trekkie 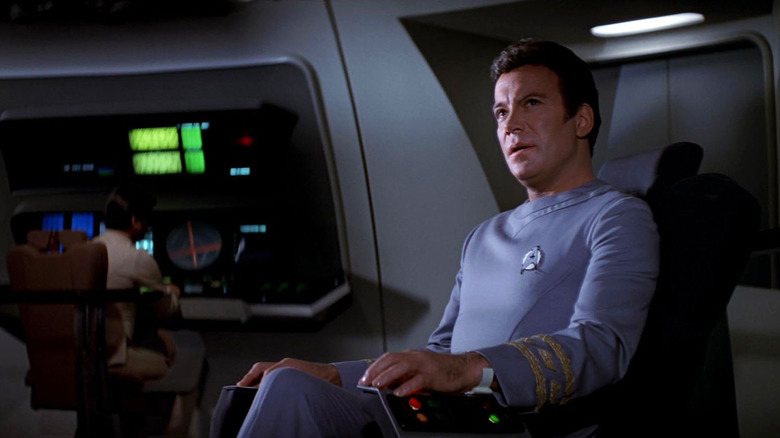 Kirk yells a lot in "Star Trek: The Motion Picture," largely, it seems, as a storytelling device. Fein admitted that director Robert Wise was an effective storyteller and an excellent filmmaker, but that he wasn't familiar with Kirk's history as a character. Wise, according to Fine, made Kirk angry in order to keep certain cinematic rhythms alive; a curt word or two, and Kirk could be silent for a beat after. It was this kind of rhythm that, according to Fine, made editing the film so difficult. He said:

"Well, Kirk … turned out to be a really angry guy. I mean, he was yelling at people all the time and had to repeat himself. And in a way, that was part of the problem that required some of the more difficult edits, originally. And [Robert Wise] was heavily … part of the editing. When [Kirk's] in the Rec Deck, and he says, 'Viewer off.' In the theatrical version, he had to yell again, 'Viewer off!'"

The Rec Deck, incidentally, was a room never before seen on the Enterprise. There were lots of new interesting spaces to explore on the ship's new retrofit, and Angry Kirk distracted. He wasn't enjoying himself and, it seems, neither were we. This was not bad storytelling, but it was bad for Kirk. As Fein put it:

"Robert Wise is a brilliant storyteller, but not somebody who had vast experience with Star Trek. [He] originally looked at that as, 'How do you get it? How do you amplify a moment where people are stunned, you don't hear anything?' You say 'Viewer off!' and they are so stunned that they don't respond. But that actually worked against the character." 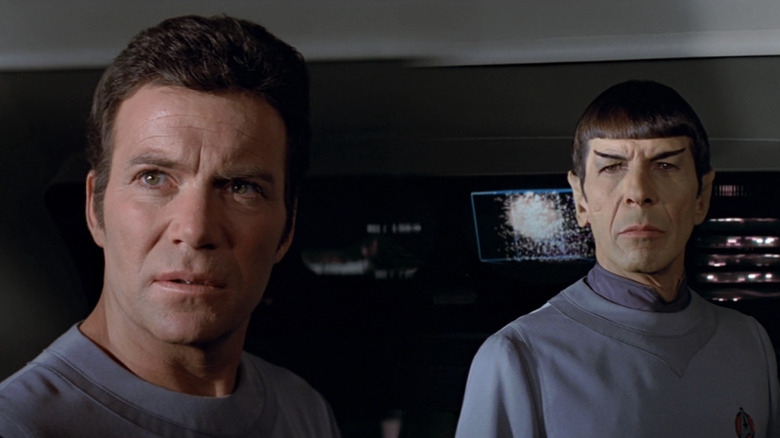 Fein, in the interview, also points out that the Enterprise bridge crew is largely the same as it was a decade previous, with Lt. Uhura (Nichelle Nichols), Sulu (George Takei), and all the rest at their usual stations. After four seasons of TV where these characters served on a starship together, there would be a natural understanding between captain and crew. Kirk would make decisions and his crew would efficiently follow them. There would be no need for temper or shouting. Things would presumably just work. Fein said that he and Wise had a conversation about the way Starfleet works:

"I had a conversation with Bob about where we said that Uhura has been with Kirk for much longer than this. If Capt. Kirk says to her 'viewer off,' she might be stunned by the moment, but she's turning the viewer off. And he's not somebody who has ever had to raise his voice in that regard, to get her or his crew to respond, because they are such so tight that it's understood. And yes, it was devastating [that] Epsilon Nine disappeared. But that needed to be one of the ways of addressing the character that he needed to not yell twice."

Epsilon Nine was a space station that was swallowed whole by the above-mentioned intelligent space cloud. It was devastating, but shouldn't have shaken a Starfleet crew in such a fashion. Any Trekkie knows that Uhura has witnessed many equally dramatic things in her career, and would have remained unflappable. Kirk would have known that, too, and would not be yelling at his crew. If he did, he would apologize for losing his temper. "Star Trek: The Motion Picture" has been subject to numerous edits over the years, and Trekkies have a wonderful time debating which "final cut" counts as the "official" version. The original theatrical cut was 132 minutes. When the film was broadcast on television in 1983, additional scenes were reincorporated, forming a 144-minute cut. Then, in 2001, an extended version — called the Director's Edition — was released on DVD. That cut was 136 minutes. The Director's Edition was rated PG, while the original release was rated G.

The new 2022 Director's Edition, now on Blu-ray, isn't just a few minutes longer, but also features alternate takes and longer, newly made FX sequences. Comparing the two side-by-side reveals a lot of the enhancements and alterations made to generally tighten up the movie, change the pace, and make it look slicker and less, well, 1970s. In one instance, an angry glare by Kirk is replaced by a tiny moment of panic. Small expressions like that can go a long way to reestablishing a character.

As scuttlebutt among Trekkies go, "The Motion Picture" has been nicknamed "the boring one" due to its slow pace and lack of mayhem. This author once attended a Trek convention where actor Jonathan Frakes jokingly celebrated the then-new Director's Edition, which featured "20 more minutes of them floating through a cloud." The languidness of "Star Trek: The Motion Picture" has long been acknowledged and derided. What needs to be just as equally loudly touted is the films largesse. Its sense of infinity. The idea that the Enterprise is but a speck in the cosmos. That, "The Motion Picture" does incredibly well.

The post The Director's Edition Of Star Trek: The Motion Picture Wants To Correct The Character Of Kirk appeared first on /Film.