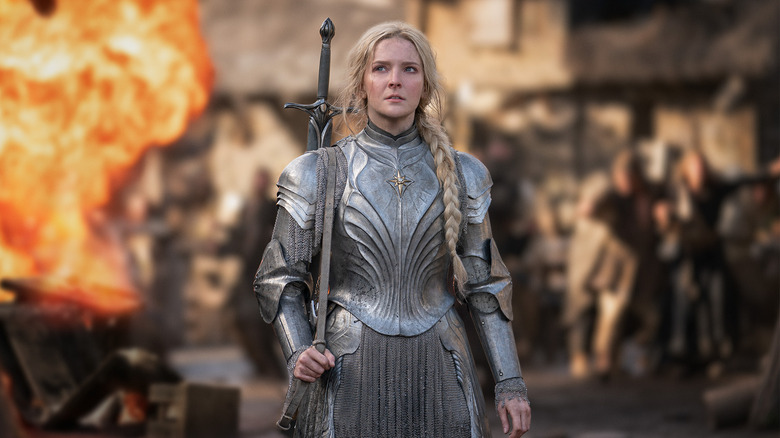 Spoilers follow for the sixth episode of "The Lord of the Rings: The Rings of Power."

"The Lord of the Rings: The Rings of Power" just introduced one of the most important and instantly-recognizable locations in all fantasy canon, and it was right under our noses the whole time. The sixth episode featured the show's most exciting battles yet, as the main plot lines finally converged in one fell swoop. Weeks of build-up led to an all-out brawl that pitted the citizens of the Southlands and the soldiers of Númenor against Adar and his orc army. And although it initially seemed like the former were victorious in their efforts against the invading forces, a final twist led to an apocalyptic sequence that changed the status quo for good.

It's been speculated since the show began that the Southlands would be the location which Sauron would convert to his iconic home base of operations, Mordor. But in "The Rings of Power," Adar and his fellow orcs are the ones who initiate the process due to their desire to have a place to call home. The said process starts with the creation of Mount Doom, featured at the tail end of this week's episode. 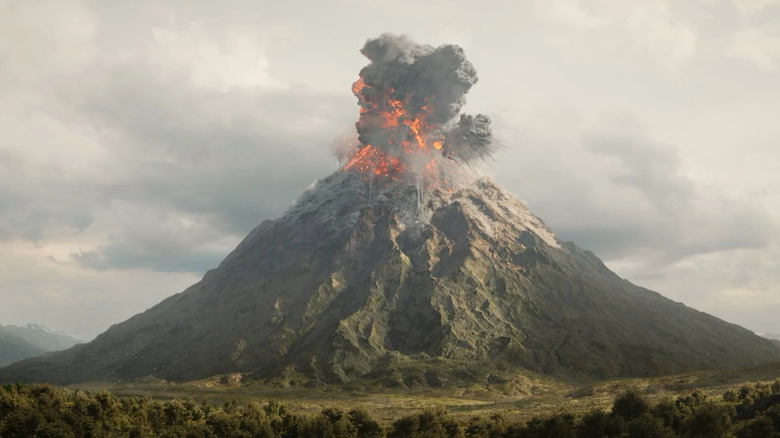 Just as the survivors of the battle for the Southlands rejoice in their victory, it is revealed Adar had one more trick up his sleeve. Before his tense confrontation with Galadriel (Morfydd Clark), Adar had given Waldreg (Geoff Morrell) the bloodthirsty hilt to use as a key to (literally) open the floodgates and bring total calamity to the Southlands. The tunnels dug out by the orcs earlier in the season lead the water straight below an active volcano, causing a catastrophic eruption (a geologist fact-checked this — it could happen!). Thus, Mount Doom is born.

The explosive moment is not only an impressive technical feat, with debris rapidly hurling at the village our protagonists find themselves, but it evokes a high fantasy version of Pompeii. The Southlands has been built up as a place that feels lived-in and populated by people that already don't have the best of luck. The show also humanizes the orc army and their intentions as much as possible — without justifying their actions, of course. The eruption is both frightful imagery and a visual representation of the breaking point of its people and those who wish to conquer the Southlands.

The implications of Mount Doom are nothing short of exciting for avid fans of "The Lord of the Rings," even if the characters themselves will dread its very creation.

Yes, It's THAT Mountain 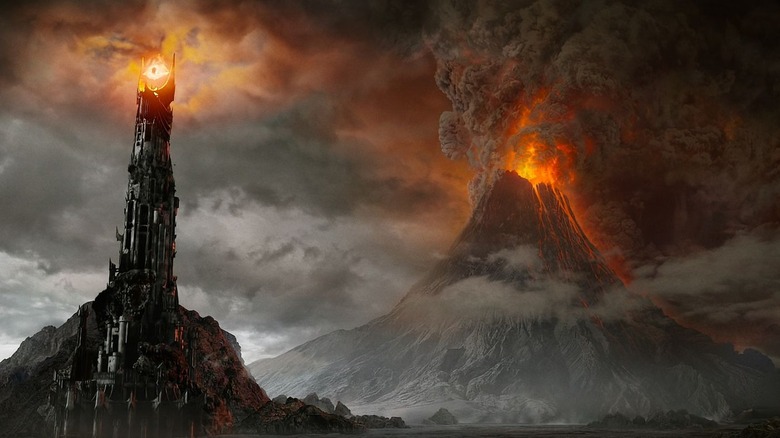 For the uninitiated, Mount Doom is the volcano used by Sauron to create the One Ring to rule them all. It's also the same volcano that Frodo Baggins and Samwise Gamgee use to destroy the ring in "The Return of the King." The origin of the volcanic mountain is not overtly clear in the canon, but "The Rings of Power" elects to tell it through the emergence of Adar and his army. In J. R. R. Tolkien's work and subsequent adaptations, Mordor has long stood as an allegory for rampant and unforgiving industrialism. The creation of Mount Doom and the ravaging of its surrounding landscape are rooted in the evil intentions of the antagonists and the overall theme of the series.

At some point, Sauron will choose the location as a means of furthering his mission to rule all of Middle-earth. Until then, Galadriel and the rest of the characters will have to deal with the ramifications of the eruption. As beautiful, sweeping lands become barren and full of ash, we'll witness the corruption of those affected and strengthened by it.

The post One of the Biggest Landmarks of The Lord of the Rings Was in Plain Sight This Whole Time on The Rings of Power appeared first on /Film.