You shall not pass ... unless you've seen the latest episode of "The Lord of the Rings: The Rings of Power." Spoilers within! Viewers following a.. 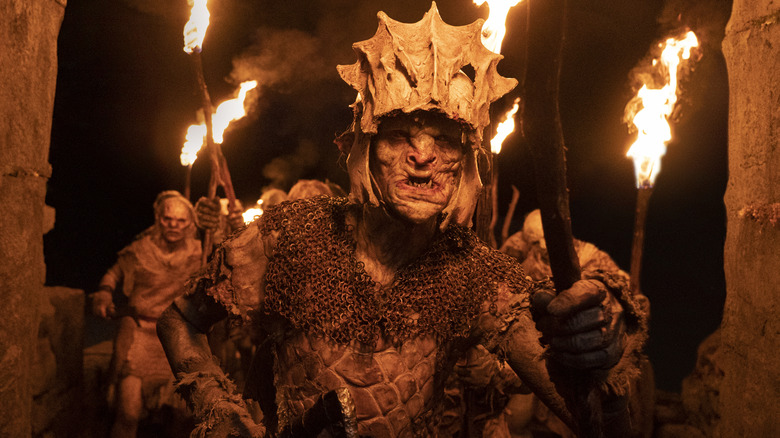 You shall not pass … unless you've seen the latest episode of "The Lord of the Rings: The Rings of Power." Spoilers within!

Viewers following along with "The Rings of Power" may have noticed that, like any adaptation, certain liberties have been taken from the J.R.R. Tolkien-authored source material in order to tell a complete and engaging story. Some have become caught up in utterly harmless changes and departures from established lore such as, uh, the mere existence of non-white characters. Other (much more reasonable) fans, however, have taken note of the most intriguing additions — like the character of Adar and his newly-unveiled scheme, for example — that help enrich and set this take on Middle-earth apart from any other.

But amid all the epic battle sequences and apocalyptic imagery stuffed into the latest episode of the series, one key creative choice ought not to go overlooked. Thanks to Adar and his odd protectiveness over the orcs' search for a home, we've encountered a side of the classic Tolkien foe that we haven't seen before: a glimpse of their humanity … in a manner of speaking, at least. As it turns out, it was an intentional decision among both the writers and the behind-the-scenes crew to make each orc look and feel like characters with their own sense of purpose, autonomy, and individuality.

Orcs Have Feelings, Too! 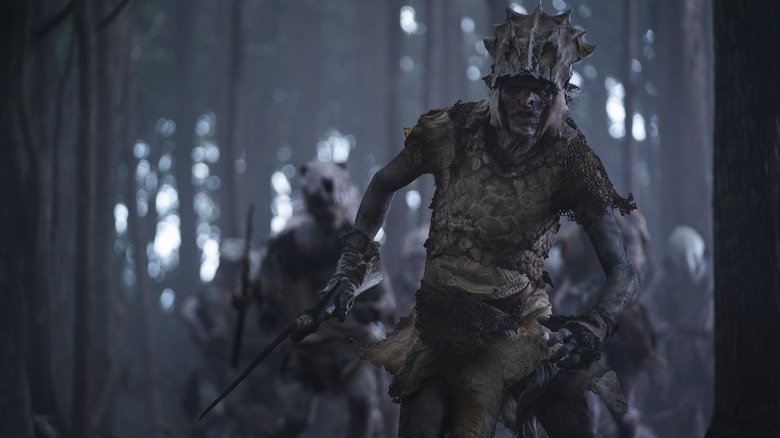 Tolkien himself once struggled with the narrative need to fill Middle-earth with disposable armies to battle vs. the moral implications of having the good guys slaughter countless hordes of faceless foes who are just inherently evil. Although he never quite managed to resolve this thorny topic, "The Rings of Power" has finally begun to interrogate this idea with its most recent episode. /Film's Vanessa Armstrong touched on this exact subject during a recent interview with Ron Ames, a VFX producer on "The Rings of Power" who had a major hand in the creation of these orcs in the first place.

During the course of their conversation, Ames was asked about the process of bringing these orcs to life in a way that makes each feel different from the other. According to Ames, they took their cues from the story:

"Our approach actually was a storytelling approach. We wanted to say that the orcs are not supernatural beings. They are made, and Tolkien says it, they're made like human beings from men and women. So there are women orcs there, baby orcs, there are families of orcs — we didn't want it to be that they're just evil incarnate. They're a race of beings who have been downtrodden. There's actually a humanity within them but in a very stratified, almost fascist kind of organization where there are leaders and diggers … it's a very striated society that they come from. So we actually follow those rules and that's how we did it. Each one has a reason for why they're part of that hive."

This series might be playing in the same sandbox that many others have done before, but subtle touches like these help make this story feel like a necessary addition to the franchise.

Read this next: The Best Lord Of The Rings Characters Who Weren't In The Movies

The post The Rings of Power VFX Producer Wanted to Bring 'Humanity' To the Orcs [Exclusive] appeared first on /Film.

Next post Spaceballs' Dark Helmet Was Originally Even More Over The Top, According To Rick Moranis