What Happened To The Orcs After Sauron’s Defeat In Lord Of The Rings?

"The Lord of the Rings: The Rings of Power" has been keeping some of its J.R.R. Tolkien connections under wraps throughout its first season, leaving v.. 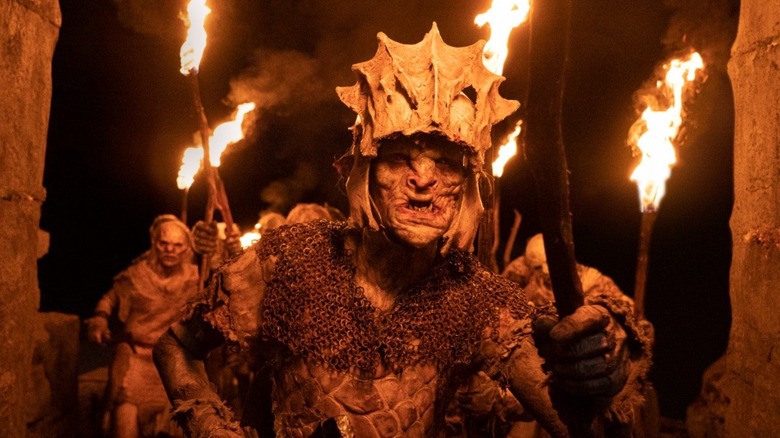 "The Lord of the Rings: The Rings of Power" has been keeping some of its J.R.R. Tolkien connections under wraps throughout its first season, leaving viewers to speculate about exactly who characters like Adar (Joseph Mawle) and the man from the sky (Bridie Sisson) really are. While some of its mysteries seem like they'll continue unraveling as the series wears on, this week's episode gave viewers some insight into how this particular story may tie into both Middle-earth's future and past. Surprisingly, it has kind of a lot to do with orcs.

In the show's sixth episode, "Udûn," the orcs become major players in the geopolitical conflicts raging across Middle-earth. The villainous creatures, who Tolkien's texts say were made by early Dark Lord Morgoth, have long since been theorized to be made not from scratch, but by "corrupting" existing beings like elves. In the latest episode, Adar leads an army of orcs to battle, and once he's captured, he reveals that he is, in fact, an elf Morgoth corrupted. He was apparently made before the orcs, and considers them like his children. He also, interestingly, asks his captors to think of them as a species of living thing like any other, not just as a source of evil.

Adar's appeal to the humanity of his captors, coupled with the orcs' chanting cry that may hearken back to where they were first made, has left us with orcs on the brain. Tolkien fans more or less already know where they came from, but where did they go when all was said and done?

Here's What The Return Of The King Says 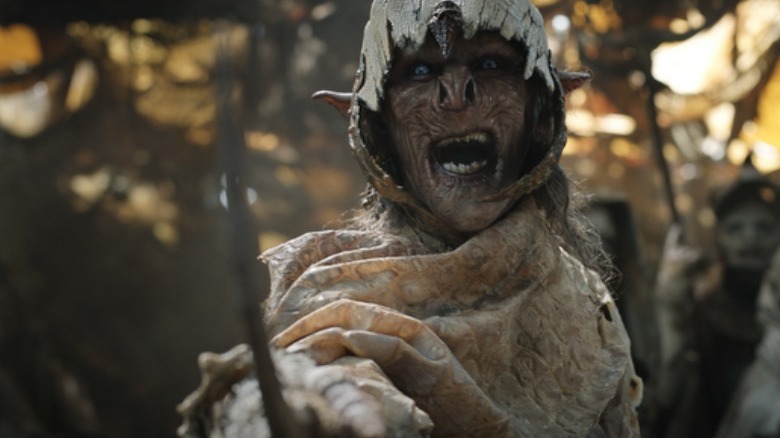 In the same episode, Galadriel (Morfydd Clark) suggests doing away with the species entirely in a move that, based on the show's more empathetic contextualization of the orcs, amounts to genocide. Although it's an appalling plan, it's not completely out of line with the common conception of orcs as mostly mindless but definitely harmful beings whose function is only to serve darkness. So did all the orcs end up slaughtered by the end of the Third Age?

Not exactly, although, with their leader Sauron well and truly gone at the end of "The Return of the King," they don't fare much better. Here's what Tolkien wrote in "Return of the King," describing the aftermath of Frodo and Sam destroying the One Ring:

"As when death smites the swollen brooding thing that inhabits their crawling hill and holds them all in sway, ants will wander witless and purposeless and then feebly die, so the creatures of Sauron, orc or troll or beast spell-enslaved, ran hither and thither mindless; and some slew themselves, or cast themselves in pits, or fled wailing back to hide in holes and dark lightless places far from hope."

So basically, as empathetic and individualized as Adar makes the orcs sound when he tells Galadriel that "each one has a name, a heart," the dark fate their race will meet thousands of years later is still indicative of their lack of autonomy. The orcs are essentially mind-controlled, and when the last bit of Sauron's power blips out of existence, they lose their drive to go on. Still, the word "some" here implies that there are orcs who may have lived past their Sauron-mandated expiration date, but if they did, we're not told what their lives looked like.

As Always With Tolkien, It's Complicated 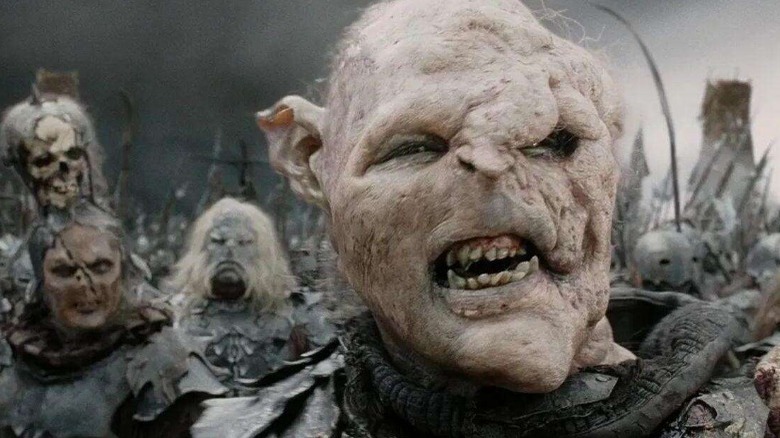 There's also the trippy inferred ending to Tolkien's works to consider: in a letter written in the late 1950s, collected in "The Letters of J.R.R. Tolkin," the author tentatively established that Middle-earth could actually take place on the same planet as our earth. He writes, "I have, I suppose, constructed an imaginary time, but kept my feet on my own mother-earth for place." He goes on to speculate that the events of "The Lord of the Rings" and its accompanying texts occurred ages ago, meaning human beings are in the Sixth or Seventh Age. The fact that orcs aren't walking around now is proof positive that they didn't last, but then again, neither did the rest of the books' species.

While orcs didn't fare well in Tolkien's texts, it's worth noting that the Prime Video series is already on track to give the race a more nuanced story. As fellow /Film writer Rafael Motamayor points out, Tolkien's idea of a group of irredeemable, single-mindedly evil enslaved peoples isn't exactly the most complex piece of mythology imaginable, and even Tolkien seemed to ultimately write the orcs as somewhat unique individuals despite the baseline lore he created. So far, the orcs of "The Rings of Power" are fairly nondescript, but it'll be worth keeping an eye on them in the series to see if they ever rise above their simplistic villainous backstories.

Read this next: The 20 Best Dystopian Movies Of All Time

The post What Happened To The Orcs After Sauron's Defeat In Lord of the Rings? appeared first on /Film.