With all due respect to December, this is the most wonderful time of the year. With the weather turning, pumpkin beer available in stores, and the she.. 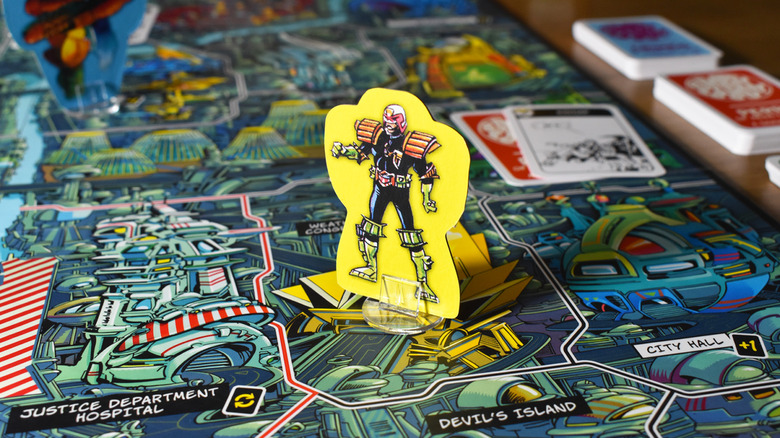 With all due respect to December, this is the most wonderful time of the year. With the weather turning, pumpkin beer available in stores, and the shelves stocked with discounted candy, there is no better time to be alive than in October. And while October might be an excellent time for new horror games, the last few weeks have also teased a few high-profile board game releases right around the corner.

In this month's edition of Cardboard Cinema, we'll look at new tabletop games from "Star Wars" and "Judge Dredd" franchises — and get a little spooky with two Kickstarter campaigns well-worth your attention. So whether your flavor is old-school cardboard or new-school mechanics, October offers plenty of options for your end-of-year shopping. 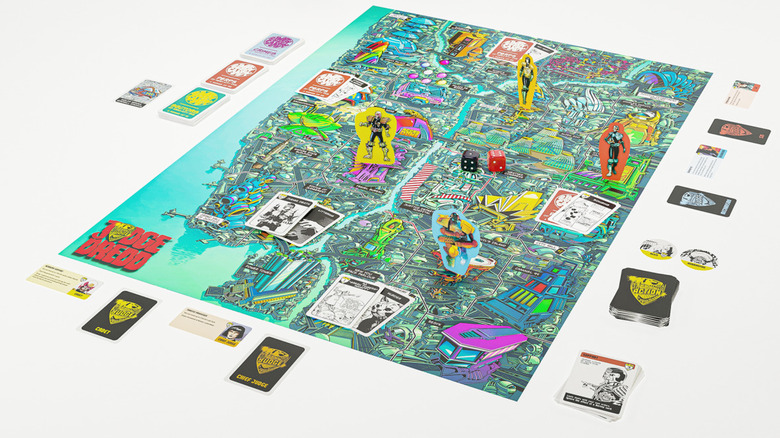 While the recent board game boom often makes us view the industry with a touch of recency bias, there are high-profile games that predate even our modern classics. For example, consider "Judge Dredd: The Game of Crime Fighting in Mega-City One," a 1982 Games Workshop title that combined action cards and dice rolls in your quest to become the ultimate crime-fighting lawman in comic book history. Regarded as a cult classic, fans were still surprised to see a new version announced with a November 2022 release date.

In a statement from publisher Rebellion Unplugged, the designers note that they have done their best to remain faithful to the original game while updating the title for a new generation of players. To that end, Rebellion Unplugged has elected not to replace the original cardboard standees with expensive miniatures, echoing the experience of playing the game in its original, cardboard-heavy format.

But few games from the 1980s are optimized for modern audiences. Rebellion Unplugged is bundling the game with a new expansion, "Specialist Judges," to add new judges and more gameplay options to the experience. This release also marks the second "Judge Dredd" title Rebellion Unplugged has raised from the dead; in 2020, they rereleased "Block Mania," a tactical combat game initially released in 1987. So if "Judge Dredd" ever delivers on its long-gestating television potential, Rebellion Unplugged will be ready to help nurture a new generation of fans.

The Stifling Dark Shines A New Light On Tabletop Horror 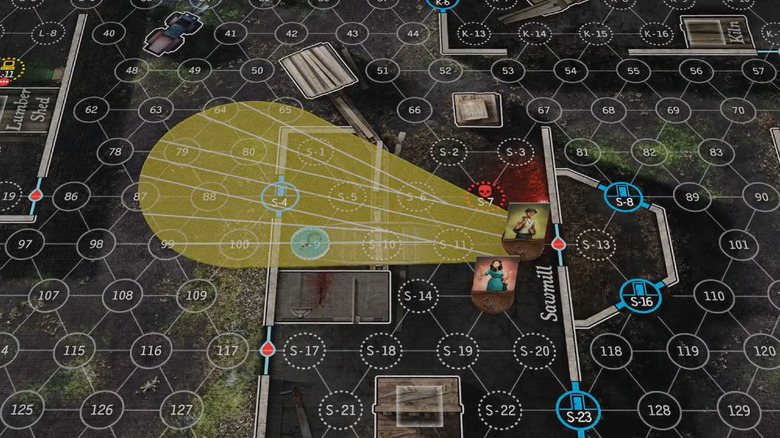 From tabletop to computer screens, horror has always cornered the market on one-versus-many mechanics. The latest game to utilize that approach is "The Stifling Dark," a new title from first-time publisher Sophisticated Cerberus Games. With one player taking on the role of the adversary — and upwards of four other players taking on the role of investigators — "The Stifling Dark" will have players moving through the metaphorical dark in the hope of surviving an attack from monsters unknown.

While much of the game appears to use the hidden movement and action economy mechanics found in other horror titles — said as a compliment, mind you, not a pejorative — "The Stifling Dark" also has one new trick up its sleeve. One of the core game mechanics is that of the flashlight; players use acrylic overlays to simulate the beam from an investigator, revealing both the adversary as it moves around the board and hidden clues to help players escape.

As the Kickstarter notes, investigators will need to manage both their stamina and the battery of their flashlight — a tension that will be all-too-familiar for fans of video games like "Friday the 13th." With some A-plus horror creatures in The Butcher and The Insatiable Horror and a strong sense of how to translate horror to the table, "The Stifling Dark" feels like another game uniquely positioned to appease the horror-tabletop community (small and mighty as we are). 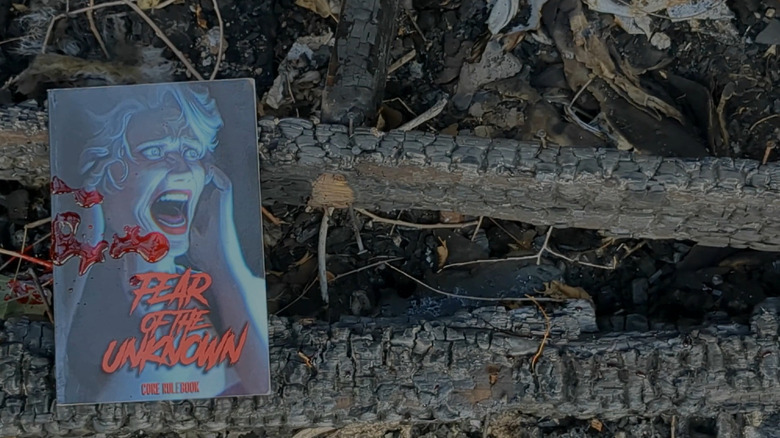 While my nascent RPG collection tends to err in favor of permanent death — games like "Death in Space" and the "Alien" RPG make it clear that life is anything but sacred — I find that there's a challenging push-pull between roleplaying games and horror. GM-less games offer a wealth of horror titles and can create immersive environments, but the lack of traditional mechanical control can sometimes limit the stakes for individual players. Similarly, more conventional RPGs offer stakes galore, but horror games have never been the best fit for overlong campaigns.

This is why "Fear of the Unknown" caught my eye. Positioned as a "zero prep horror mystery game," "Fear of the Unknown" seems to thread the needle between collaborative and conventional roleplaying games. Using a "tags" and "experience" system to define characters and experiences, the game allows players to create unique horror films with each playthrough. And as the stretch goals land, the environments available to players will only expand.

And for those who want to roll up their sleeves, Sixpence Games offers players the opportunity to join their Discord and run sessions as the Oracle. Even better — the publisher has made Discord participation one of the campaign stretch goals, promising a "themebook" for any backer that runs multiple games for the community. This is what makes the indie roleplaying community great: You can often start playing a version of the game immediately, turning a year-plus fulfillment process for traditional board games into a much more manageable series.

Star Wars Gets The Pandemic Treatment 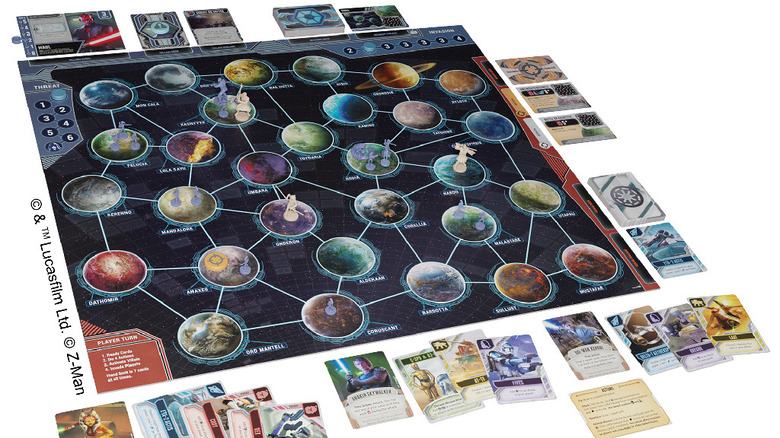 As someone who straddles the worlds between cinema and tabletop, I am often struck by how similar the conversations are. There are undoubtedly those who will look at a game like "Star Wars: The Clone Wars – a Pandemic Game System" — inexplicably only the second-longest title on this list — and lament the lack of original settings and innovative mechanics in the space. But like it or not, these are the games that create new generations of tabletop players, and a new "Pandemic" game with a "Star Wars" twist is enough to make even my wallet twitch.

In this game, players will take on the role of powerful Jedi like Obi-wan Kenobi, Anakin Skywalker, or Mace Windu to hold the line against the Separatist forces. Before each game, players will also choose a villain to determine the win conditions for that specific playthrough. And while the game is set to release later this month, curious players can already preorder the game or read through the complete ruleset on the Z-Man website.

This is the latest game to get the "Pandemic" treatment from Z-Man Games. Over the past few years, the publisher has applied its signature mechanics to several other familiar settings, including "World of Warcraft: Wrath of the Lich King" and "Pandemic: Reign of Cthulhu." Ultimately, it's a system that rewards overwhelming odds, whether those odds come in the form of a disease, the undead, or, yes, an army of Separatist droids. Let's just say that, unlike some of the other titles on this list, "Star Wars: The Clone Wars – A Pandemic System Game" probably isn't worried about its margins.