When it was first announced that David Bruckner would be tackling the first "Hellraiser" film since the rights to the story reverted back to franchise.. 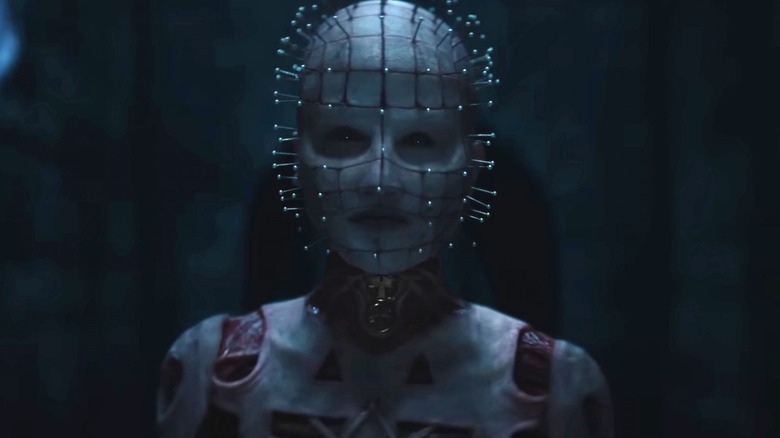 When it was first announced that David Bruckner would be tackling the first "Hellraiser" film since the rights to the story reverted back to franchise creator Clive Barker, there was one question on every horror fan's mind: Who was going to play Pinhead? Originally portrayed by Doug Bradley, Lead Cenobite/Pinhead/The Hell Priest has always been played by cis male actors, despite Barker's original description in "The Hellbound Heart" describing the character as androgynous with a feminine voice. Bradley turned the character into a certifiable horror legend, something Bruckner did not take lightly. In the latest "Hellraiser" film, the memorable role is being played by a woman for the first time, with "Sense8" and "The L Word: Generation Q" star Jamie Clayton tackling the prestigious role.

Any reservations fans may have had about the film were swiftly put to rest once footage of Clayton began making the rounds in the press and on social media, as Clayton looks and sounds absolutely incredible. Brucker has admitted in interviews that Clayton was a force to be reckoned with on set, especially once she was performing in full Pinhead regalia. So what does it take to reinvent a beloved character for a new generation? I was lucky enough to chat with both Bruckner and Clayton about their approach and learn their secret to resurrecting an icon.

'How Do You Take Something So Iconic And Do It Again?'

Obviously Doug Bradley's shoes are an impossible fill, so going in a different direction, I think, was a brilliant choice. I apologize for making you answer this in front of Jamie, but what was it about her that made you go, "That's it, that's the one?"

Bruckner: Well, we were nervous about that for all the reasons you mentioned. How do you take something so iconic and do it again? And so I knew that it could never be an impression. We couldn't mimic Doug's performance. But I didn't know how to do that, so we looked at a lot of different people. And Jamie's read came along, and I was familiar with her work, but it really blew me away. It scared the hell out of me. She was intense and intimidating, but there was a reservation there and she had this hypnotic quality. And with these things, I try to just pay attention to what enthralls me and what pulls me in.

So we started to work from there. And Jamie just really, I think, understood that she was going to have to come at this in her own way, and started to illuminate elements of the character that I had never imagined. And there's a sensuality to Pinhead, to the Priest, that I don't think we've seen before. A curiosity. And I think you get a sense of the designs that she has on her subjects and what she's after, and that felt like something I just wanted to see more of.

On Finding Seduction And Sadism 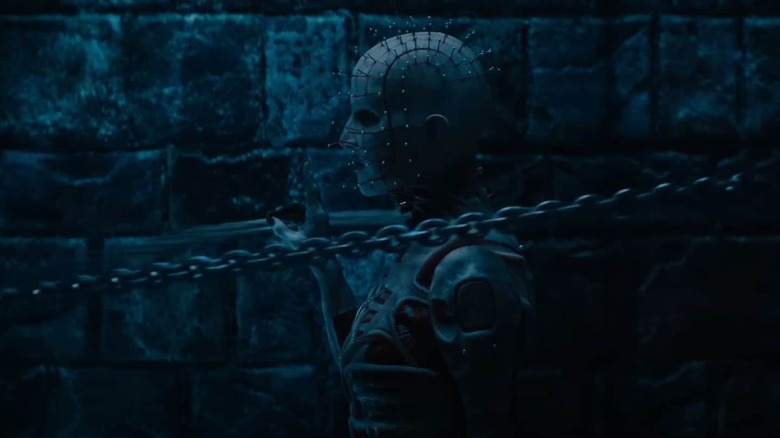 So Jamie, what is that secret to finding the balance of seduction and sadism when playing a character like the Priest?

Clayton: David is so great because he was so generous with his time. I mean, shooting, he didn't have a day off ever while we were in Serbia filming, but he would schedule these Zooms with me on Sundays and late at night or whenever we could. And we had so many conversations about that, specifically. The intentions. What were her intentions? What was she thinking? Why was she doing what she was doing? And we would do that for almost every scene, especially the one on the bridge with Odessa [A'zion]. We talked a lot about what each one of those lines meant, and a way to deliver them.

And we're shooting on location. All the effects are practical. And so, I mean, it's a lot, but David also took the time with me to play with me on set and to get several takes of even just certain lines in different ways. "Do it like you're disappointed in her. Do it like you're angry with her. Do it like you're surprised by her." Different moments. But that also helped them, too, to see it on screen, to see what was working and what wasn't, because there isn't much you can do once the sclera contacts go in. So we started finding it together, and it was about just that communication and that ping pong that we had back and forth. I couldn't have asked for a better director.

A New Generation Of Pinhead 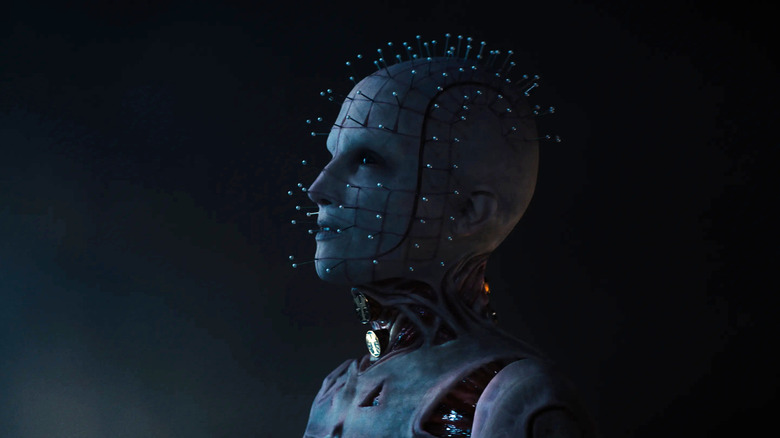 The character and the visuals are so striking, and horror fans are already talking about how much they love the new design and especially your voice. I personally know four people who have Pinhead tattoos, and it's only a matter of when people start adding this new Priest to their flesh. How does it feel to know that there's going to be a whole new generation of horror fans for which you are their Priest, their Pinhead, and your likeness is that legacy?

Clayton: Oh my God. I hadn't even thought about that. It's crazy because I did a show called "Sense8," and the character was Nomi Marks. And she had this great tattoo that was in Latin, and it said, "Know thyself," and a bunch of people got that tattoo. And she also had a little one behind her ear, and people got … Oh my God, I didn't even think about that! You're right! People are going to get tattoos. That's so cool. I want to see them. Tweet them to me please!

Read this next: Hellraiser Movies Ranked, From Pain To Pleasure

The post David Bruckner and Jamie Clayton Share the Secret to Reinventing Pinhead for Hellraiser [Interview] appeared first on /Film.