Phil Lord and Chris Miller have managed to turn a LEGO figure into a goofy hero, and helped a team of Spider-Men win an Oscar. Now the filmmakers are .. 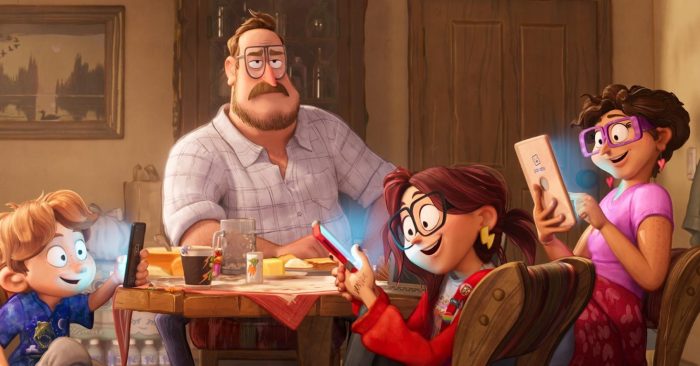 Phil Lord and Chris Miller have managed to turn a LEGO figure into a goofy hero, and helped a team of Spider-Men win an Oscar. Now the filmmakers are revealing their next project, a sci-fi comedy about an ordinary family who face a robot — er, smartphone — uprising. Formerly titled The Mitchells Vs The Machines, check out the Connected first look images below. 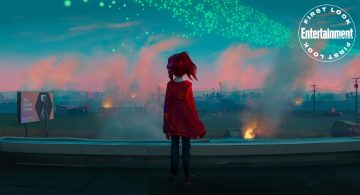 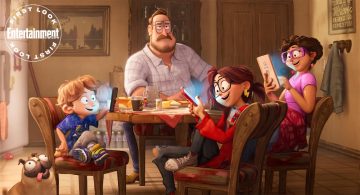 The first images from Connected come courtesy of Entertainment Weekly, which debuted two new images from the sci-fi comedy formerly titled The Mitchells Vs The Machines (changed, presumably, because the original title doesn’t roll off the tongue so well). The film follows an ordinary family who, like everyone else in the world, have become overly dependent on their phones. But this becomes a problem when all the electronic devices around the world gain sentience and turn on humanity in a global tech uprising. Lord and Miller produce the film, directed by Gravity Falls‘ Michael Rianda, who cowrites the film with Jeff Rowe. Lord and Miller befriended Rianda at Sony Animation while finishing the 2018 Oscar winner Spider-Man: Into the Spider-Verse as Rianda was starting to develop Connected.

The images above give a sneak peek at the unique animation style of the film which, in the image of the family at the dinner table with their smart devices, seems like a typical CG-animated film. But the image of the daughter (voiced by Broad City alum Abbi Jacobson) overlooking a burning cityscape after the robot uprising looks gorgeous and surreal, suggesting that Lord and Miller, alongside Rianda, will be subverting our expectations again. According to EW, some of the state-of-the-art animation technology developed for Spider-Verse has been used to create Connected, which experiments with different art models to render the human world in a grittier, “messier, more hand-drawn style, while the robots are all CG shine and chrome.”

“It’s sort of a love letter to our imperfect human world, where it’s lovingly done but everything is kind of rumbly and a little bit wobbly,” Rianda told EW. “We wanted to show those imperfections, and we wanted to show them lovingly.”

Danny McBride and Maya Rudolph also star as the nature-loving dad Rick and the Linda, respectively. Rianda stars as the little brother Aaron, while the family is rounded out by the pudgy family pug Monchi. The Mitchell family head on a road trip to bond before Jacobson’s aspiring film nerd Katie heads to college. But this road trip soon turns deadly when they’re threatened by their phones and even household appliances. Also starring in the film are Eric Andre, who voices tech inventor Mark Bowman, and Olivia Colman, who plays the villainous voice assistant PAL.

Previous post ‘The Batman’ May Draw Inspiration From ‘Batman: Year One’ and ‘The Long Halloween’, Could Introduce the Flying Graysons [Updated]