In this edition of Theme Park Bits: More details about Disneyland’s new parade are available. Take a look at the proposed layout for a Frozen-themed ..

We’re still about 18 months away from the 50th anniversary of the Magic Kingdom in Orlando. The landmark symbol of the Orlando theme park is the Cinderella Castle, and as the old saying goes, make it blue! Oh, sorry, I was too busy looking at this concept art of the Cinderella Castle after the royal makeover that was absolutely dominating Disney Twitter earlier this week. The makeover has its fans, but it’s very…uh…colorful. One might call it gaudy. (I might be that one calling it gaudy.) The reality of the situation might end up being more palatable, but this is a makeover that might be too extreme. (Extreme Makeover is still a TV show, right?)

By now, you may have heard that Frozen is making its way to Disneyland Paris, in a big way. The 2013 smash hit is going to be the foundation for a whole new land inspired by the fictional country of Arendelle. Though it’s still early days in development, you can take a peek now at the blueprints and proposed layout for the area. Per the link there, it looks like there will be shops, a restaurant, and a meet-and-greet area. The area will also get a version of the Frozen Ever After attraction from Epcot (which means that Disneyland Paris will really get a version of the old, sadly departed Maelstrom attraction from Epcot, but never mind). It’s slated to open in 2023, so we’ll see if things end up shifting between now and then. 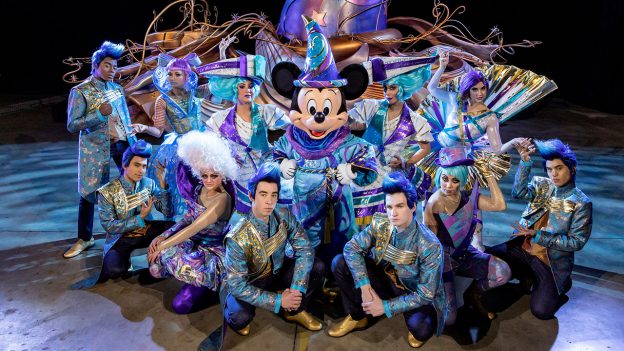 Over in Anaheim, Disneyland is gearing up for the arrival of the new daytime parade titled “Magic Happens”. As part of the run-up, the park has unveiled some new merchandise you can find in the parks, from Mickey ears to shirts to cups. (Short version: you better like the color purple, because there’s a lot of it on this merch.) It’ll be available on the same day the parade starts, February 28. The purple color scheme makes sense when you take a look at Mickey Mouse, decked out as he leads the parade itself. His outfit is very snazzy, and also with a dash or two of purple. Seems like a specific theme, hmm?

Orlando, of course, is gearing up for an arrival of its own starring Mickey Mouse. That would, of course, be the new attraction Mickey and Minnie’s Runaway Railway at Disney’s Hollywood Studios. Recently, Orange County Register journalist Brady McDonald sat down with Imagineer Kevin Rafferty to discuss a particularly curious question: why is it that this is the first Mickey-themed ride in the Disney parks? Rafferty’s answers are all centered around the real problem of Mickey Mouse – for a long time, he’s been a symbol as opposed to a character, thus making a ride about him or his paramou(se)r Minnie fairly difficult. Now that we have the fast-paced new short series, at least, there’s something to build on with Mickey as more than just a happy, smiling corporate symbol. 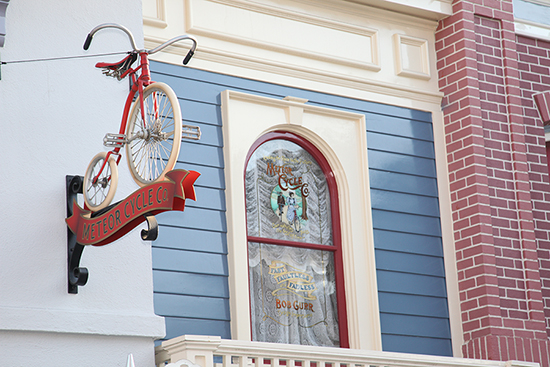 Depending on how active you are on Twitter, specifically Disney Parks Twitter (and yes, I promise you, that’s a real thing), you may have seen that Disneyland Park recently had a literally fiery incident in view of guests. An area between Main Street, U.S.A. and Adventureland was on fire for a brief period one night recently; fortunately, the fire was quickly extinguished and no one was injured. The California Division of Occupational Safety and Health deemed that the cause of the fire was related to a nearby power generator. The two lands reopened the next day, but it was certainly jarring to see reports of a fire via Twitter; I can only imagine how weird it was for guests in the park that night.

Let’s close out today’s column in the other Disney park in Anaheim, Disney California Adventure. You may recall that I recently highlighted the inclusion of FastPass and MaxPass at the Monsters, Inc.: Mike and Sulley to the Rescue! attraction in the park. Per some tweets over the President’s Day weekend, the effect of FastPass on the dark ride is immediately quite clear, and quite disastrous. That is, at least, one man’s opinion (mine), because here’s the thing: Monsters, Inc. is a perfectly enjoyable attraction, and it should absolutely never have a standby wait of an hour or more. The outdoor queue for the attraction was so heavily full that the line extended well outside of the entrance. While I’ve waited for upwards of 30 minutes in the queue before, there’s no good reason to wait twice as long. But that’s the effect of FastPass: enough people snatch up the pass, leaving standby guests stranded for far too long. It’s hard to imagine that Disney will reverse their decision anytime soon, but still distressing to see such an unappealing sight so soon after the inclusion of the pass.