‘The New Mutants’ TV Spot: The Mutants Face Their Demons

Looks like the New Mutants are facing the heat — the metaphorical heat of their demons, and the literal heat of a superpowered figure with the power t.. 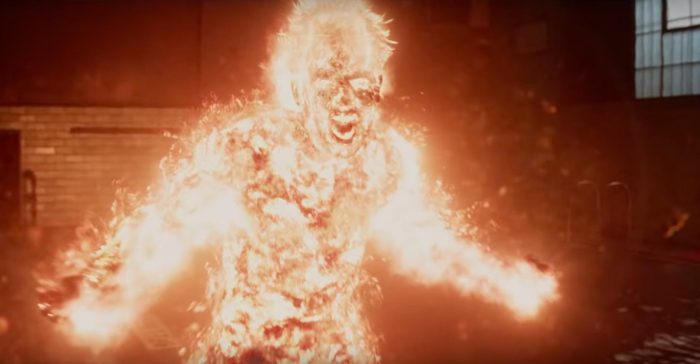 Looks like the New Mutants are facing the heat — the metaphorical heat of their demons, and the literal heat of a superpowered figure with the power to burst into flame. The recently renamed 20th Century Studios has released a new TV spot for the long-delayed The New Mutants, which features mostly the same footage we’ve been seeing for the past two years. But there is a very cool shot of the aforementioned fire man. Watch the latest The New Mutants TV spot below.

“It’s time to face your demons,” the text in the latest TV spot for The New Mutants ominously warns. And in the case of the superpowered mutants in the horror-inspired comic book movie, those could be literal or metaphorical demons. Each of the young mutants in the isolated hospital at the center of The New Mutants learned of their power through some horrific accident, and must deal with the traumatic fall-out of that. But at the same time, they seem to be haunted by a different kind of demon — a more murderous one — in the hospital that they soon learn is their prison.

There’s not much more to learn of The New Mutants that we haven’t heard since its first trailer hit the internet two years ago. Despite reports of extensive reshoots and delays — mostly owing to the hand-off during the Disney-Fox merger — The New Mutants looks like it hasn’t changed much since that first trailer. Which may be a good thing.

Here is the synopsis for The New Mutants:

20th Century Studios in association with Marvel Entertainment presents “The New Mutants,” an original horror thriller set in an isolated hospital where a group of young mutants is being held for psychiatric monitoring. When strange occurrences begin to take place, both their new mutant abilities and their friendships will be tested as they battle to try and make it out alive.

The post ‘The New Mutants’ TV Spot: The Mutants Face Their Demons appeared first on /Film.