(The SXSW Film Festival may have been cancelled, but our coverage will go on with reviews of films and TV shows made available to our critics.) All o.. 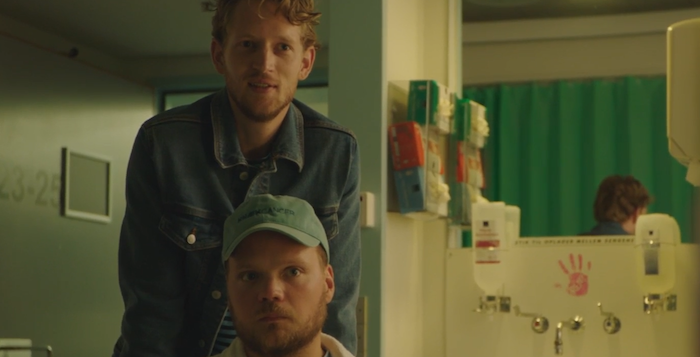 (The SXSW Film Festival may have been cancelled, but our coverage will go on with reviews of films and TV shows made available to our critics.)

All of us think we’re invincible right up until the moment life smacks us in the face and reminds us just how fragile we are. Oliver (Adam Ild Rohweder) is your average guy, living his life as any 28-year-old would. He hangs with his friends, he studies for school, and has a casual fling with the lovely Signe (Stephanie Nguyen). The two aren’t official just yet but Chemo Brain takes the time to establish that they’re seeing each other from the jump, so expect her to have some importance.

Oliver might not have the perfect life, but he seems pretty chill with what the cards have dealt him. The one exception is that he’s been experiencing a bit of nagging back pain. Like a responsible adult, he heads to have it checked out. He had no idea that the pain in his back was actually a sign of testicular cancer.

Chemo Brain presented its first five episodes at the SXSW that wasn’t. In them, we see Oliver’s journey throughout more than just the chemo process (though that is, understandably, a large focus). This new change in his life means a complete seismic shift of his habits, but we don’t start off there.

We don’t often hear of all the tolls cancer can take on a patient. It’s common knowledge that chemo is a nightmare. But Chemo Brain has the sense to show more of the experience. We quickly see Oliver begin to realize that life continues on without him while he’s in the hospital receiving treatment. We watch as he begins to learn that friends, no matter how close, will treat him differently from now on.

It’s critical that a story like this be told with a sense of empathy. It’s some parts educational for those who are lucky enough to have not experienced the process, but it’s evident that the series’ primary motivation is to remind people going through this deeply lonely time that they aren’t alone. Eva (Karoline Brygmann), is used as a plot device to help Oliver remember this within the narrative itself. I also suspect the series sees her become a character of her own upon continuation.

Chemo Brain is told sensibly. It doesn’t pull its punches on the hard stuff, but it also takes time to remind the viewer that their current state isn’t where they’ll always be. Episodes are on the shorter side, so you see Oliver shift through the phases relatively quickly. But that doesn’t take away from the poignance of the moments. The first time he cries is as genuinely gut wrenching, as is the last. His father – played by Jens Jørn Spottag and only credited as “dad” – is equally convincing.

Despite the heavy subject matter, the series is a hopeful watch. We don’t know what will happen to Oliver in the end. What we do know is that the story we’re presented with thoughtfully takes a look at a deeply difficult prognosis. It doesn’t pull any of its punches, at no point is it here to sugar coat Oliver’s journey, and it uses that truth to its advantage. This one earns full marks for anyone looking for a series that feels deeply human in each one its themes.

The post ‘Chemo Brain’ is Deeply Human and Surprisingly Hopeful Look at Life With Cancer [SXSW] appeared first on /Film.