In this edition of Sequel Bits: Producer Frank Marshall gives an Indiana Jones 5 update Beverly Hills Cop 4 is still in the works A former Scream fra..

It’s still extremely weird to think about an Indiana Jones movie being directed by anyone other than Steven Spielberg, but James Mangold is stepping in to helm Indiana Jones 5, and producer Frank Marshall has a quick update on how development is going. Writing has “just started,” he said in a recent interview with Collider. Could that mean that Mangold, a talented writer in his own right, is putting his own spin on the screenplay? Here’s hoping.

Bad Boys For Life directors Adil El Arbi and Bilall Fallah were hired to direct returning star Eddie Murphy in Beverly Hills Cop 4 all the way back in 2016, but it’s been slow going on the development side of things.

“We’re still involved in that project, and there’s a screenwriter now on it that’s going to try to write a first draft, or a first treatment at least with the story,” El Arbi said, according to Digital Spy. “So we’re going to see what the first version will be, but we’re very excited and hope that we can work with another icon like Eddie Murphy. That’d be great.”

Lots has been written about the next two Mission: Impossible sequels, even though plot details are still being kept secret. But Collider spoke with actor Simon Pegg, and he confirmed what many of us have heard for a while: that Benji and the rest of the gang are going to go through some major shit over the next two movies.

“It’s become a tradition now. Before production [writer/director Christopher] McQuarrie takes me out to dinner and acts out the whole movie. And sometimes what he’s told me hasn’t transpired,” Pegg explained. “But with this one he has a much clearer idea. The reason we’re splitting it into two is because he’s determined to give everybody a proper emotional arc, a proper emotional detailed character arc. And instead of trying to cram it all into one film, he’s going to allow that arc to spread out over two.” 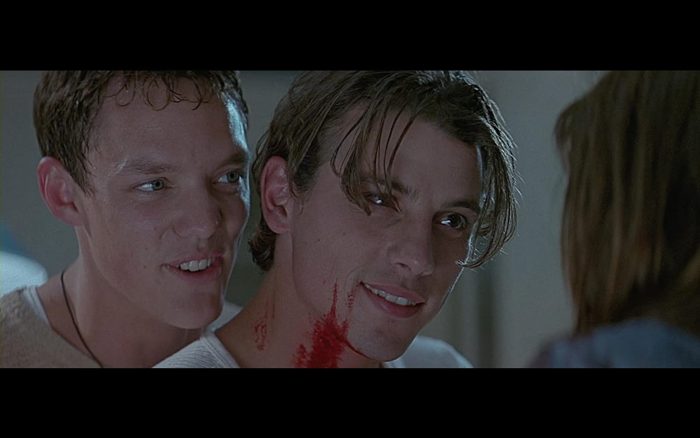 Spoilers for a decades-old movie ahead: Matthew Lillard‘s character in the original Scream, Stu Macher, dies at the end after it’s revealed that he’s one of the people who was wearing the iconic Ghostface mask. And even though Lillard acknowledges the unlikelihood of resurrecting Stu or creating some sort of retcon scenario in which he somehow survived the ending of that movie, he’s still interested in coming back if the filmmakers behind Scream 5 figure out a way to make it happen.

“Yes, yes, I’m available, yes, yes!” Lillard told TooFab. “There’s nobody that wouldn’t want to come back and reprise a role they got to do when they were a boy and be able to do something different as a man would be exciting. You just don’t get that opportunity often.”

What’s the status of Pirates of the Caribbean 6? Producer Jerry Bruckheimer recently explained that the writers are “working on a draft right now,” and he hopes that Disney will like what they come up with. “We’ve been working on it for a little bit,” he said. As for whether or not Johnny Depp will be back to reprise his role as Captain Jack Sparrow yet again, Bruckheimer claims they haven’t figured that out yet. “The one we’re developing right now, we’re not sure quite what Johnny’s role is going to be. So, we’re going to have to see.” 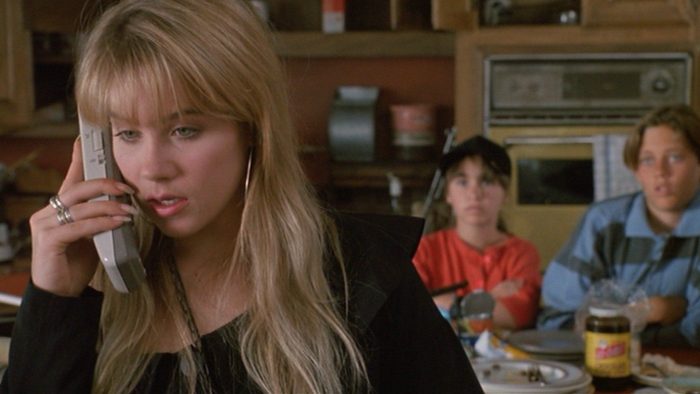 Let’s wrap things up with a couple of remake stories, because…well, because we don’t have a column called “Remake Bits,” OK? First up, Deadline reports that a remake of the 1991 coming of age comedy Don’t Tell Mom the Babysitter’s Dead is in the works, and the new version will be “a present-day retelling centered on a black family.” Chuck Hayward (Dear White People) is writing the script, and Billie Woodruff (Honey, Beauty Shop) is attached to direct.

I have some #ParentTrap news to share next week. #ItsGoingToBeFun. (Not a sequel. Sorry!)

And finally, director Nancy Meyers took to Instagram to tease some inbound Parent Trap-related news. If it’s not a sequel, it may just be a Zoom reunion with her cast…but maybe, just maybe, it has to do with Disney’s long-rumored potential remake.

Next post The Quarantine Stream: ‘La Haine’ is a Racially Charged Classic More Relevant Now Than Ever