Want to see an alternate method of transformation for Red Skull in Captain America: The First Avenger? How awesome is the Teenage Mutant Ninja Turtles..

Want to see an alternate method of transformation for Red Skull in Captain America: The First Avenger? How awesome is the Teenage Mutant Ninja Turtles Megazord in the Power Rangers crossover comic series? Would you like to see a Cyborg movie directed by J.D. Dillard? How does Asa Butterfield feel about missing out on playing Spider-Man? All that and more in this edition of Superhero Bits.

Watch as the gang at Marvel sit down to play through the extremely fun LEGO Marvel Super Heroes 2 game. 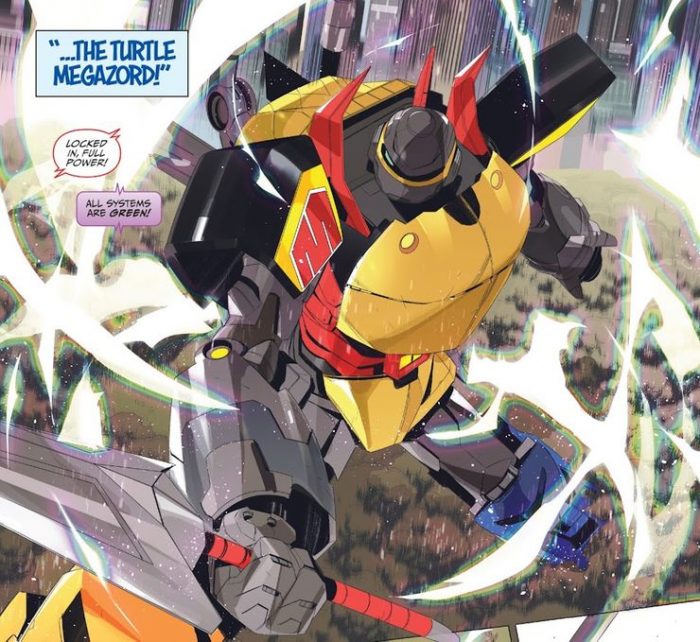 New videos from the Falcon and the Winter Soldier set (before coronavirus) show US Agent in a big fight.

Dynamite Comics will publish novelizations of The Boys comic series by Garth Ennis and Darick Robertson.

This is a very early idea for Red Skull from Captain America: The First Avenger. I was trying to show that the tesseract was actually changing him into Red Skull—that the light it gave off effected his skin and skull over time.

Ryan Meinerding shared some concept art that imagined the Tesseract being what created Red Skull.

Valiant Entertainment is accepting portfolios from aspiring comic book creators for a variety of positions.

Next post The Morning Watch: The Ghosts and VFX of ‘Ghostbusters’, The Origin of “Oh Yeah” from ‘Ferris Bueller’s Day Off’ & More