The 2020 New York Film Festival has announced the 25 films that will make up the main slate of its fall festival. The New York City-based festival, wh.. 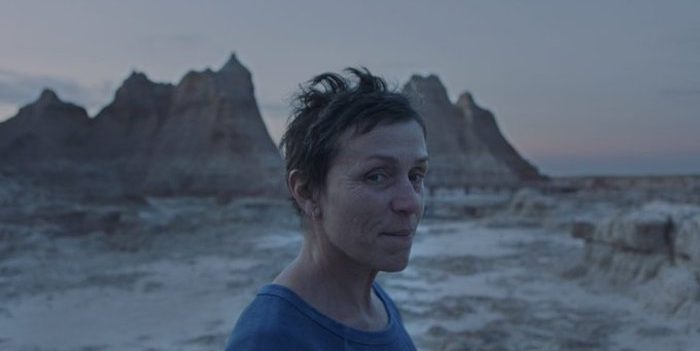 The 2020 New York Film Festival has announced the 25 films that will make up the main slate of its fall festival. The New York City-based festival, which usually kicks off in the last week of September, is expanding its dates in order to accommodate drive-in screenings, starting a week earlier on September 17. Opening the festival will be new movies from Steve McQueen and Chloé Zhao, while Azazel Jacobs’s French Exit has been chosen to close the festival.

Film at Lincoln Center has unveiled the 25-film Main Slate of the 58th New York Film Festival, which runs from September 17 to October 11. As we learned earlier, McQueen and Zhao’s films, Lovers Rock and Nomadland, respectively, will open the festival, with Lovers Rock chosen as the Opening Night selection and Nomadland is Centerpiece. There will be not one, but three McQueen movies premiering at NYFF, with two films from McQueen’s Small Axe anthology — Mangrove and Red, White and Blue — set to screen in the Main Slate.

The rest of the Main Slate features films from 19 different countries, including new films from acclaimed auteurs like Chinese director Jia Zhangke (Ash is Purest White), German filmmaker Christian Petzold (Transit), and Taiwanese director Tsai Ming-liang (whose new film Days, in which no one speaks for two hours, is perhaps the most NYFF film in the slate). Below are the new films, per the Film at Lincoln Center announcement:

Gianfranco Rosi’s Notturno, an unflinchingly immersive look at the war-ravaged borderlands of Iraq, Kurdistan, Syria, and Lebanon; Frederick Wiseman’s thoughtful exploration behind the scenes of Boston city government in City Hall; indictments of America’s racist past and present in Sam Pollard’s MLK/FBI and Garrett Bradley’s Time; and varied and intimate portraits of rural life in Victor Kossakovsky’s Gunda, Jia Zhangke’s Swimming Out Till the Sea Turns Blue, and Michael Dweck and Gregory Kershaw’s The Truffle Hunters.

“The disorientation and uncertainty of this tough year had the effect of returning us to core principles,” said Dennis Lim, Director of Programming for NYFF. “To put it simply, the Main Slate is our collective response to one central question: which films matter to us right now? Movies are neither made nor experienced in a vacuum, and while the works in our program predate the current moment of crisis, it’s striking to me just how many of them resonate with our unsettled present, or represent a means of transcending it. It has been a joy and a privilege to work with a brilliant, tireless programming team—the newly composed selection committee and our new team of advisors—and we are truly excited for audiences to discover and discuss these films.”

The New York Film Festival runs from September 25 through October 11, beginning one week earlier than usual to expand access via drive-in screenings. Opening night is September 17, the Centerpiece screening is September 26, and the Closing Night screening will be on October 10.