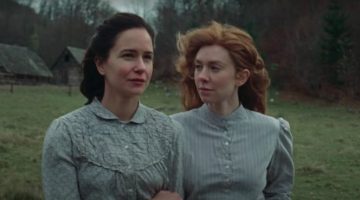 As the trailer for Stray tells us, Turkey has a “no-kill, no-capture policy towards all its stray animals.” Which means there are a lot of strays goin..

As the trailer for Stray tells us, Turkey has a “no-kill, no-capture policy towards all its stray animals.” Which means there are a lot of strays going about their business – something that was previously covered in the 2016 documentary Kedi. But while Kedi dealt with stray cats, Stray is all about dogs, and what good dogs they are. And as we learn in the trailer, over 100,000 dogs call the streets of Istanbul home. Stray follows three different stray dogs as they go about their daily routine.

There are cat people and there are dog people. I have no problem with cats – I have one myself! – but I am, and always will be, a dog person. Dogs are the best, folks – way better than us stinky, awful humans, that’s for damn sure. Which means I am the target audience for Stray, a new documentary from Elizabeth Lo. This doc is wall-to-wall good dogs, and I am here for it.

Stray “explores what it means to live as a being without status or security, following three strays as they embark on inconspicuous journeys through Turkish society. Zeytin, fiercely independent, embarks on adventures through the city at night; Nazar, nurturing and protective, easily befriends the humans around her; while Kartal, a shy puppy living on the outskirts of a construction site, finds companions in the security guards who care for her. The strays’ disparate lives intersect when they each form intimate bonds with a group of young Syrians with whom they share the streets. Director Elizabeth Lo’s award-winning film is a critical observation of human civilization through the unfamiliar gaze of dogs and a sensory voyage into new ways of seeing.”

While they’re from different filmmakers, it’s hard not to compare Stray to Kedi, Ceyda Torun’s great 2016 about stray cats. Like Stray, Kedi was also filmed in Turkey, and both docs appear to focus primarily on the animals while occasionally checking in with the humans that encounter them. And like Kedi, Stray looks pretty damn wonderful. Will I watch this? Yes, I will. Will I probably cry while watching this? Yes, I will. Dogs! They’re great! Less movies about humans, more movies about dogs – that’s my motto.

In an interview, Lo addressed the inevitable comparisons to Kedi, saying:

“Kedi shows that deep relationship, even spiritual relationship, which people in Turkey have with street animals. With the dogs, however, the government has repeatedly tried to eradicate them in an attempt, I think, to westernise and make Istanbul appear ‘civilised’ in a way that New York, Paris, Hong Kong have by getting rid of stay animals. The people in Turkey fought back. They protested for the rights of dogs. Now the dogs are allowed to exist and co-exist, and are taking care of the community instead of existing simply as property or pets. The fact that there are two films about the relationship with stray animals in Turkey, and maybe even more, speaks to how unique that relationship is in terms of how dogs, cats, and even seagulls are integrated there.”

Lo directed, filmed, and edited Stray, which is headed to theaters and on-demand on March 5, 2021.

Next post ‘The Black Phone’: Jeremy Davies Joins the Cast of the Joe Hill Adaptation From Director Scott Derrickson