In this edition of Sequel Bits: The Nightmare Before Christmas is finally getting a sequel (just not in the form fans might have been hoping for) Who..

What’s this, what’s this? A Nightmare Before Christmas sequel? Well, kind of: Disney Publishing has announced that a young adult novel will be written from Sally’s perspective. Shea Ernshaw, the book’s writer, says the story “takes place shortly after the movie ends. It’s the yet-to-be-told love story of Sally and Jack. But it’s also a coming-of-age story for Sally, as we see her navigate her new royal title as the Pumpkin Queen of Halloween Town.”

Don’t expect to see Borat pop up in another feature film. Star Sacha Baron Cohen says that he will not make a Borat 3 because, as has been well documented in the press, he barely escaped the second film with his life. “There were a couple of times I had to put on a bulletproof vest to go and shoot a scene, and you don’t want to do that too many times in your life,” he told ET. “I was pretty lucky to get out this time, so no, I’m not doing it again. I’m going to stay with the scripted stuff.”

The first Downton Abbey movie surprised a lot of people by how well it performed at the worldwide box office, so a sequel seemed inevitable. Now actor Hugh Bonneville confirms that a sequel script has been written and everyone wants to return for more: “There is a thing called coronavirus knocking around and until that is under control in a sensible way, we are not going to be able to get all those ducks in a row,” he said. “But there is certainly the intention to do it. We would love to do it, we are desperate to do it, and I think it’s the sort of pleasurable release of a movie like the first one was, that audiences would enjoy after all of this mess we have been through.”

Get ready for more Jumanji: producer Hiram Garcia, the president of production at Dwayne Johnson’s Seven Bucks Productions, says there have been discussions about a Jumanji 4. “There’s conversations have been going we’re in the process of moving that along,” Garcia told ComicBook. “I can’t tell you anything, but we do have big plans for it and that’s one of our favorite projects to work on and that’s cooking away.”

The Disney+ sequel Stargirl 2 has just cast one of Hollywood’s most beloved supporting performers: Judy Greer. The Ant-Man and Halloween actress will reportedly play “Ana, the titular protagonist’s mother who is moving with her to Los Angeles as she goes to work on a film.” 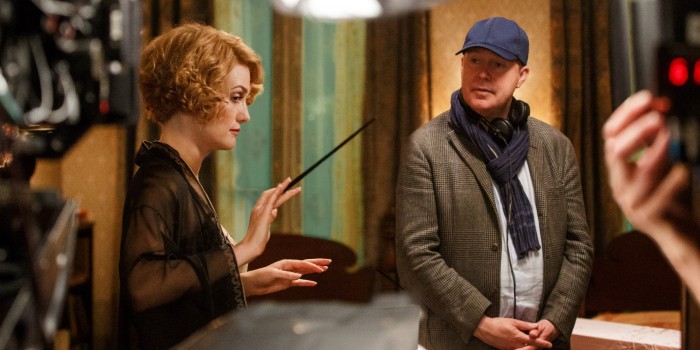 Wondering who might end up directing Fantastic Beasts 4 and 5? The answer remains David Yates, the guy who directed the first three Fantastic Beasts films (in addition to many of the Harry Potter movies). Actress Katherine Waterston told Collider: “I think [Yates] is meant to direct them all. I think it’s very interesting. He’s worked very closely with J.K. Rowling for a long time and very few people have access to her because she’s quite insulated and so I can’t really imagine how it could work any other way frankly.” No shade at Yates, but I think most of us would much rather see this franchise completely abandoned than sit through three more movies.

Godzilla vs. Kong might not be the final culmination of Legendary’s MonsterVerse after all. Director Adam Wingard recently said of the film: “I’d love it to be the birth of something new, but I guess it just depends on just how the movie’s received and all those kinds of things that are out of my hands, but like I know where we could go potentially with future films…” I’ll be very curious to see how the new movie ends, and what threads are left dangling that could be picked up and weaved into future stories.

Peter Rabbit 2: The Runaway has moved up on the release calendar. Previously set to arrive on June 11, it will now hit theaters on May 14, 2021. That shift is likely due to the strong box office performance of WB’s Tom and Jerry movie this past weekend, but we encourage you all to be as safe as possible and continue to avoid movie theaters until it is scientifically safe to do so.