How Does Marvel’s ‘What If…?’ Fit Into the Larger Marvel Cinematic Universe?

Now that Marvel’s Loki series has unleashed the multiverse, there are endless possibilities for what kind of stories can unfold in the Marvel Cinemati.. 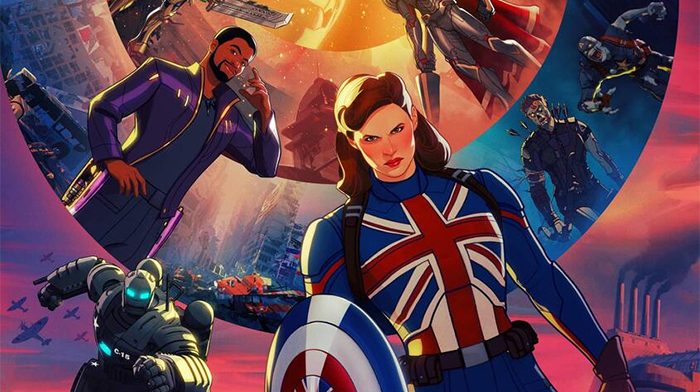 Now that Marvel’s Loki series has unleashed the multiverse, there are endless possibilities for what kind of stories can unfold in the Marvel Cinematic Universe. Marvel Studios will start testing the waters with What If…?, a new animated series that remixes the events and characters of the MCU with plenty of interesting twists and turns.

But how does this fit into the larger Marvel Cinematic Universe? The team behind the animated series told us.

Marvel’s What If MCU Connections

During a press conference attended by /Film over the weekend, executive producer Brad Winderbaum confirmed that Loki paved the way for the stories of What If…? to unfold in the MCU:

“It’s no coincidence that the show picks up right after Loki…The multi-verse has erupted in every possible direction. What if…? gives us a chance to explore that.”

You might think that since this is an animated series telling alternate versions of MCU stories that it won’t be as important. But Winderbaum emphasized: “I think that without going into great detail, I can tell you that What if…? as a project, as a story that exists in the MCU, is as important as any other and is woven into that tapestry.”

That could just be Winderbaum being proud of his series and not wanting to place it on a tier below the live-action films and TV shows of the MCU. But when we asked the executive producer if the show serves as a guide to what audiences can expect from the multiverse in the live-action Marvel Cinematic Universe or if it can be something that ends up referenced and carrying over into other movies and TV shows, he said, “I think it’s a little of both, honestly.” 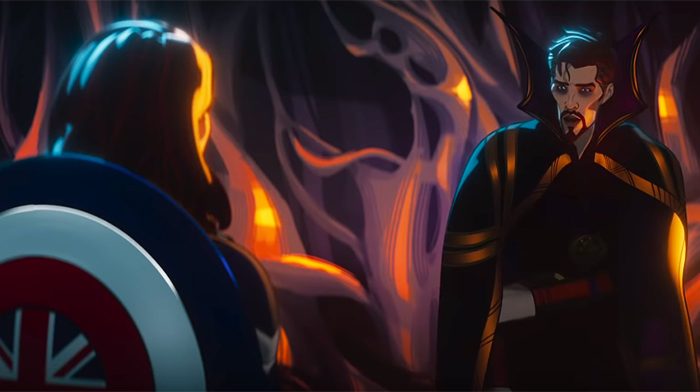 An Anthology Series with Crossover Potential

It’s probably too early to determine whether any of these alternate, animated versions of Marvel characters could make their way into the live-action Marvel Cinematic Universe. But Winderbaum confirmed to /Film in an interview how each episode stands on its own in the MCU:

“Each episode is essentially a separate universe. So you could see the moment when, to use Loki terminology, when the universe branches. And each episode kind of explores a story in one of those branches sometime after that point, where it diverges away from the sacred timeline.”

However, even though each episode exists in its own separate universe, it sounds like there will be connective tissue and crossovers between episodes. Winderbaum also said during a press conference:

“Obviously, we’re telling a story on a giant multiversal canvas, so you never really know who’s going to pop up where and when. It’s very much an anthology, but there’s always opportunity for fun connections to be made.”

We tried to press for details about what kind of connections might be in store, especially since one of the What If…? trailers reveals what appears to be an assembly of the Avengers that includes Erik Killmonger as Black Panther, Gamora, T’Challa as Star-Lord, and Thor. There’s also another quick shot of Captain Carter (who is integral to the entire series) interacting with Doctor Strange (seen above), but that’s not in the show’s first episode. Unfortunately, Winderbaum kept details close to his chest:

“I don’t want to go into spoiler territory, but there was a particular concept that we were excited about in the first season that allowed us to think about the multiverse with a new lens and potentially offer us some connectivity between the episodes.”

Much like the first few films in what would become the Marvel Cinematic Universe, there’s only minor connective tissue in the first three episodes of What It…? that were made available to critics. But we’re betting that each of these episodes will start to run into each other more as the season continues. As for whether or not any of these events will have an impact on the live-action Marvel Cinematic Universe…we’ll wait and see.

The post How Does Marvel’s ‘What If…?’ Fit Into the Larger Marvel Cinematic Universe? appeared first on /Film.

Next post How ‘Black Panther’ Paved the Way for ‘Shang-Chi,’ According to Kevin Feige