Season 3 of "The Boys" wrapped production earlier this month, and today, we've got some new details on the show's first untitled spin-off. T.. 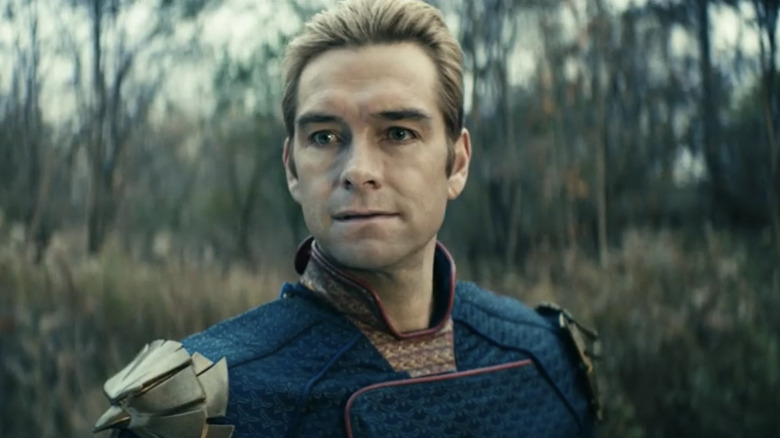 Season 3 of "The Boys" wrapped production earlier this month, and today, we've got some new details on the show's first untitled spin-off. The spin-off centers on a college for superheroes, or "Supes," and we heard back in March that it had cast Lizze Broadway and Jaz Sinclair as two of those young Supes. Now, Amazon Studios and Sony Pictures Television have announced that class is officially in session and the spin-off has been greenlit, with Michele Fazekas and Tara Butters serving as showrunners.

Fazekas and Butters already have some superhero experience in their resume. They both served as executive producers and writers on ABC's "Agent Carter," which itself was a spin-off of the "Captain America" movies. Of course, where "The Boys" are concerned, heroes like the show's version of Superman, Homelander (Anthony Starr), aren't such great heroes.

It doesn't sound like the next generation of Supes will be, either. Here's the official synopsis for "The Boys" spin-off via Amazon's press release:

"Set at America's only college exclusively for young-adult superheroes (run by Vought International), the untitled 'The Boys' spinoff is an irreverent, R-rated series that explores the lives of hormonal, competitive Supes as they put their physical, sexual, and moral boundaries to the test, competing for the best contracts in the best cities. It's part college show, part 'Hunger Games'—with all the heart, satire, and raunch of 'The Boys.' Jaz Sinclair, Lizze Broadway, Shane Paul McGhie, Aimee Carrero, Reina Hardesty, and Maddie Phillips will portray young superheroes, with additional cast to be announced."

A Spin-Off In The Tradition Of … Mork & Mindy? 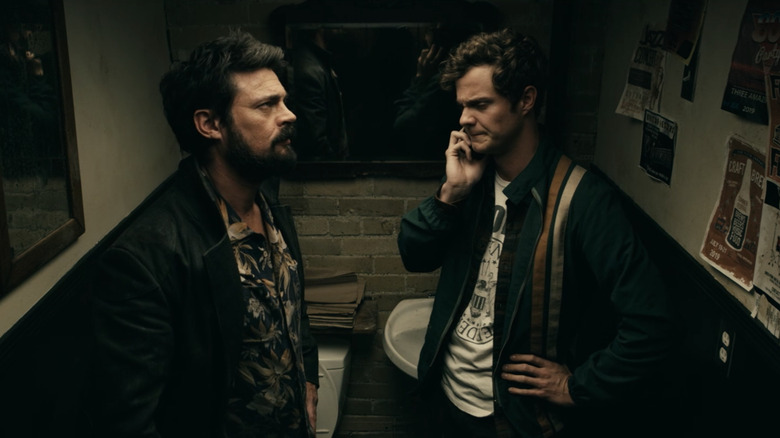 Eric Kripke, the showunner of "The Boys," pulled out some unlikely comparisons from TV history when discussing this new spin-off. You might not expect to hear "Happy Days" and "Baywatch" mentioned in the same breath as "The Boys," but Kripke makes it work:

"Much like 'Mork & Mindy' spun-off from 'Happy Days'—which is an insane and true fact—our spinoff will exist in the Vought Cinematic Universe, yet have a tone and style all its own. It's our take on a college show, with an ensemble of fascinating, complicated, and sometimes deadly Young Supes. Michele and Tara are stone-cold geniuses, we're thrilled to have them steer this ship, and grateful to Sony and Amazon for the opportunity. We love this show and can't wait for you to see it. Also, 'Baywatch Nights' spun-off from 'Baywatch,' and it had vampires. Vampires!"

There's no word yet on when this new "The Boys" spin-off will hit Amazon Prime Video, and Amazon's press release notes that the premiere date for "The Boys" season 3 will be announced at a later date. Based on the production timeline of previous seasons, we can probably expect season 3's premiere before the end of 2021.

When it does come back, the show will continue to target toxic masculinity and racism and it will be adapting the controversial "Herogasm" storyline from "The Boys" comics by Garth Ennis and Darick Robertson.

Next post Why Netflix's Away Was Canceled — Here's What We Know