What If…? Season Finale Will Reveal The ‘Bigger Plan’ Behind The Series

There are just two episodes left in the first season of Marvel's "What If...?" animated series. In case you haven't noticed, the series has .. 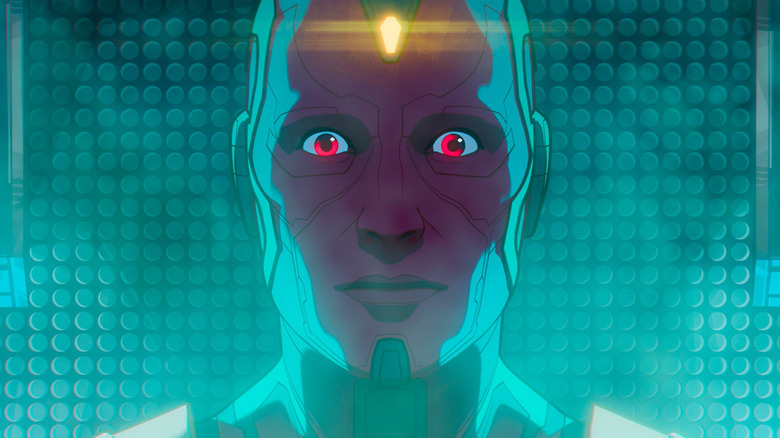 There are just two episodes left in the first season of Marvel's "What If…?" animated series. In case you haven't noticed, the series has been slowly heading towards something much more than an anthology series that remixes the Marvel Cinematic Universe. Though director Bryan Andrews and A.C. Bradley played coy at the show's start, they've now confirmed that there has always been a "bigger plan" in play that will bring these alternate universes together. When tomorrow's new episode, ""What If… Ultron Won?," debuts, we'll start to see how these stories will interconnect and lead to a big season finale. 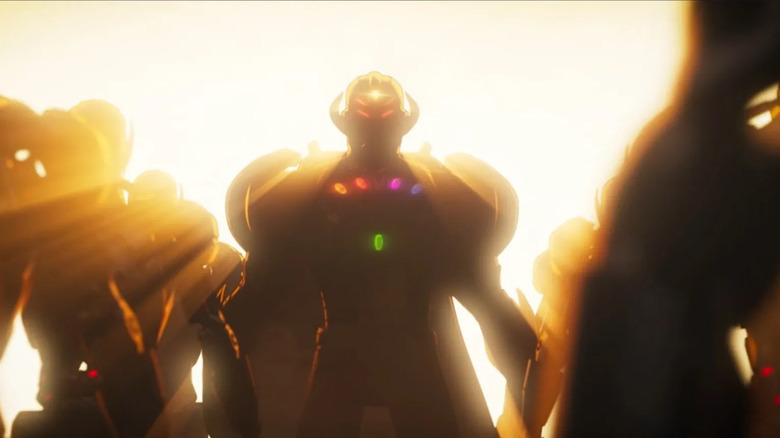 Even though every single episode of Marvel's "What If…?" animated series has existed within its own universe, there have been snippets of scenes in the marketing materials that have shown the likes of Captain Carter, T'Challa as Star-Lord, Erik Killmonger as Black Panther, Thor, and evil Doctor Strange sharing the screen together. But how can that be if these are anthology stories that exist in separate universes?

Perhaps this has something to do with the shocking arrival of a worrisome version of Vision at the end of the "What If… Thor Was an Only Child?" episode from last week. The character suddenly appeared in the desert in a full suit of knightly armor, complete with all of the Infinity Stones housed within it and an army of robots along with him. That sounds like the kind of character who could threaten the fabric of multiple universes, requiring all of the alternate versions of these superheroes to somehow unite.

A.C. Bradley officially confirmed the return of some of the heroes we've seen so far in a conversation with Entertainment Weekly. Bradley said, "As we battle toward the finale, we will see some of our heroes again." But it sounds like The Watcher will also play a pivotal role in how all of this goes down.

The Watcher May Not Just Be Watching Anymore 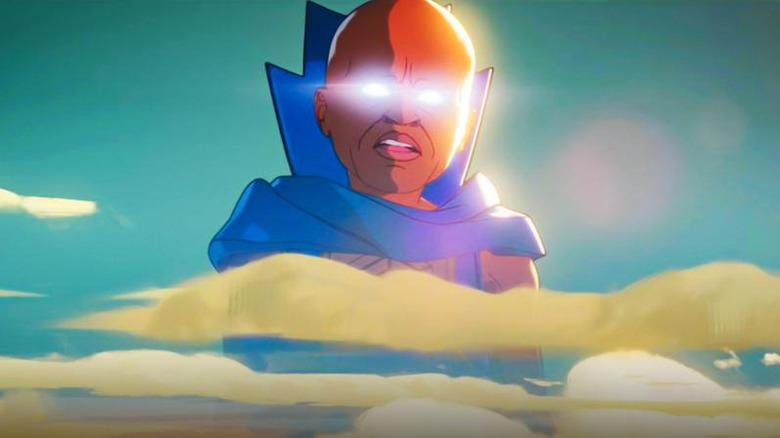 Bryan Andrews explained that Marvel's "What If…?" has always been leading to something bigger. Andrews said:

"It was designed to be a certain way, and some people have been vibing and savvy enough to notice that we're slowly seeing more and more of the Watcher's visual appearance as we move forward. And that was all orchestrated from the very beginning. It's all now coming to an arrow's tip point."

In case you haven't realized it, The Watcher has become more and more defined and visible as he observes each of these stories in an alternate Marvel Cinematic Universe. Fans started picking up on this in the past couple episodes, and it's something we discussed in the most recent spoiler discussion on the /Film Daily Podcast. It sounds like The Watcher may not simply be watching by the time the finale rolls around. Andrews elaborated on The Watcher and how he also represents the show's audience:

"He starts off very distant and literally watching from afar, but for so many of us, Marvel movies have become more than just entertainment. Marvel movies have become more and more of a cultural touchstone and a bigger part of our lexicon, so the notion that, for the Watcher, as he peruses these multiverses, as he lives through these heroes, as he suffers their triumphs and their tragedies, he becomes also more emotionally invested, and therefore becomes more and more part of their world and wants to be more part of their world even though he knows he's not supposed to."

A.C. Bradley teased how The Watcher will evolve for the finale, "The Watcher learns a few important lessons about what it means to be a hero and comes to a realization about how much these stories, how much these worlds mean to him." So it's likely that The Watcher will have to step in to become a hero himself and keep these universe's from being destroyed.

The penultimate episode of Marvel's "What If…?" this week tells its own story, but it sounds likely to have a major cliffhanger of a tag. Bradley teased, "You can watch 8 as a standalone, but 9 is — for once we actually answer the end tag." The question is whether this big conclusion will be worth the wait.

Here's a tease for this week's episode, originally debuted by Entertainment Weekly:

Read this next: Marvel's What If…? Mid-Season Trailer Breakdown: The Multiverse Offers Up More Mystery And Remixes

The post What If…? Season Finale Will Reveal the 'Bigger Plan' Behind the Series appeared first on /Film.