While promoting his final Bond film, "No Time to Die," star Daniel Craig reminisced on the Graham Norton Show about filming previous entries in the fr.. 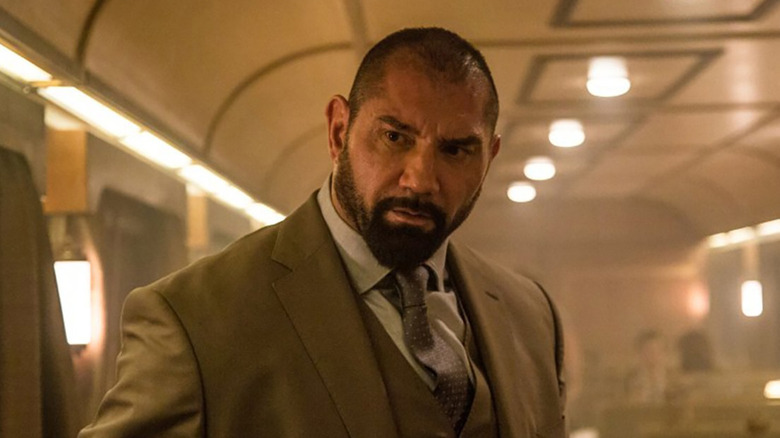 While promoting his final Bond film, "No Time to Die," star Daniel Craig reminisced on the Graham Norton Show about filming previous entries in the franchise. One moment he couldn't help remembering was when he accidentally punched co-star Dave Bautista directly in the nose, breaking it. The former professional wrestler handled it pretty well, but Craig was terrified for at least a moment.

Bautista Is Badder Than Bond 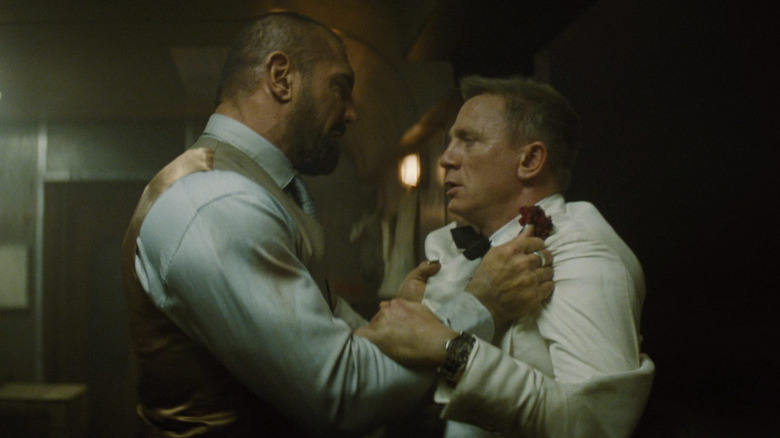 While "Spectre" is definitely one of the sour notes in Craig's Bond symphony, it does have one of his best fight scenes. When Craig's Bond faces off against Bautista's assassin Mr. Hinx, it looks like Bond might have finally met his match. In reality, both actors managed to injure one another while filming the brutal brawl. Craig broke Bautista's nose and was so scared that the wrestler would retaliate that he left the set.

"I threw a punch and hit him on the nose," Craig said. "I heard this crack and I was like 'Oh God no' and ran away. I thought he was going to come after me, but he was so sweet."

Craig said that Bautista set his nose back into place and they continued filming, adding, "He's a lot tougher than I am. I'll give him that."

Bautista has to be that tough. After all, he was originally a professional wrestler, and though it may be scripted, it's still very dangerous and requires incredible physical prowess.

Later on, while filming, Bautista was trying to be gentle with Craig while throwing him against a wall. Craig challenged Bautista to be more intense in his throw, which led to a serious knee injury for Craig:

"I ended up on the wall, but my knee was over here somewhere. I knew and it was horrible because if anyone's had a serious injury, you just know in your head that something is really wrong." 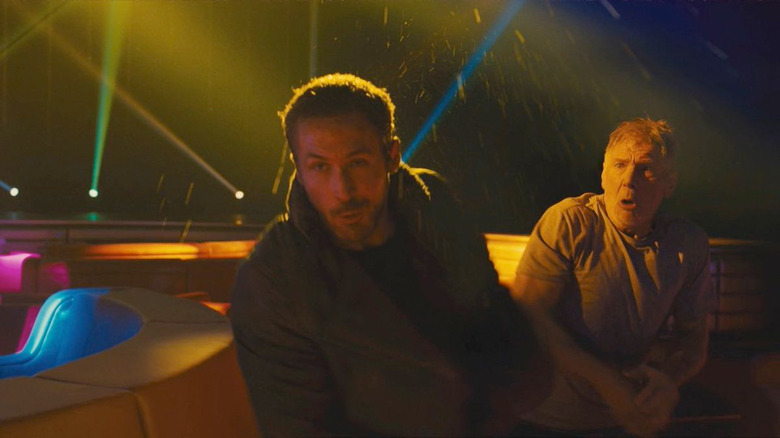 Look, Daniel Craig's not the only guy to accidentally sock it to his costar. At least the internet didn't get permanent, hilarious proof, like when Harrison Ford gave Ryan Gosling a mean right hook while filming "Blade Runner: 2049" back in 2017. Just look at that glorious image: Harrison's horror, Gosling's goofy grimace. It's art. This should be framed and hung in the Louvre.

See? Accidents happen, even when you're an A-list actor who's worked in the industry for decades.

Read this next: No Time To Die Early Buzz: A Fantastic Conclusion For Daniel Craig, Unless It's Not