"The Wicker Man" is one of the most influential horror movies of all time, but filming it wasn't a walk in the park for the cast and crew. Though.. 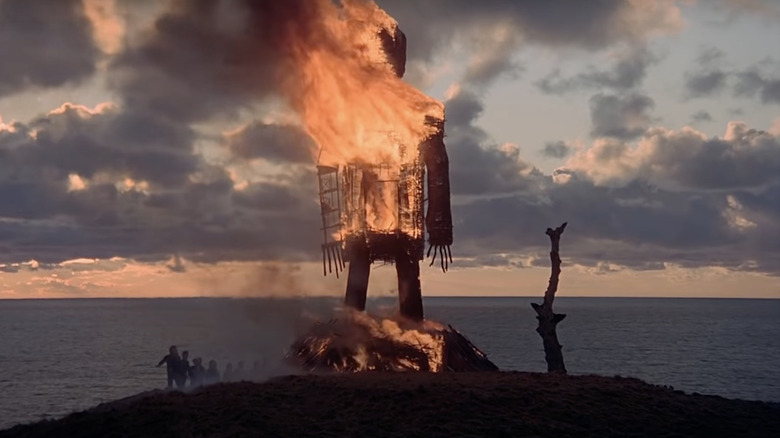 "The Wicker Man" is one of the most influential horror movies of all time, but filming it wasn't a walk in the park for the cast and crew. Though it's set in a place called Summerisle and features talk of spring ceremonies and May Day celebrations, the film was shot in Scotland in the wet cold of October and November — and that's just one of the difficulties the conflicting creative personalities behind it faced.

Famous for its twist ending (spoiler alert!), "The Wicker Man" sees Edward Woodward's Christian police sergeant Neil Howie going up in flames as the victim of a pagan sacrifice. The islanders are unified in their conspiracy to offer up a virgin fool and thereby ensure a plentiful autumn harvest, but during production, it was as if people were conspiring against each other. And according to The Independent, the barefoot Woodward was actually seeking out warmth from the body heat of one of his costars.

Known for her role in the Hammer Horror film "The Vampire Lovers," Ingrid Pitt plays the island librarian and she used her knees to keep Woodward's toes warm, telling him, "Don't worry, they're going to burn you in a minute!" Things got a little too real for Woodward when it came time to film his character's climactic death scene. The actor later recalled, "I've done an awful lot of things in the years since that picture was made, but never, ever have I been so frightened as when I was in the wicker man itself. It was horrifying. The heat was intense and I felt at times that I was really burning."

'Ill Feeling All Around' 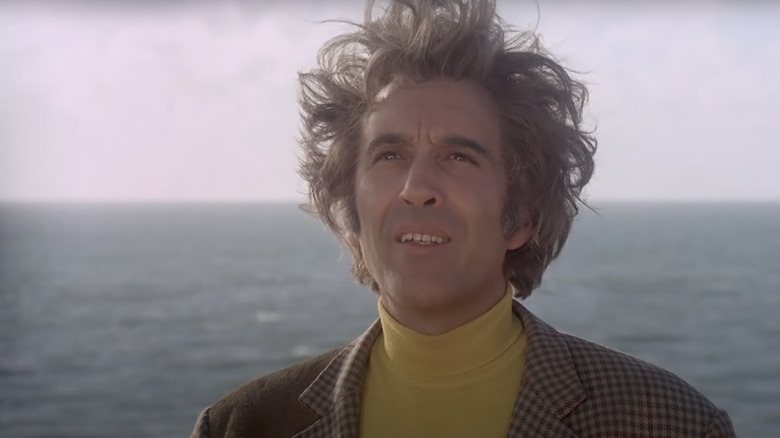 To make matters worse, actress Britt Ekland was not pleased with the look of the body double they brought in for the scene where her character, Willow, dances naked on the other side of the wall from Sergeant Howie's inn room, singing the sirenlike "Willow's Song." Nor was she enthused about having the Scottish accent she did replaced by the voice of jazz singer Annie Ross. Ekland described the general atmosphere on the set of "The Wicker Man" as one where there was "ill feeling all around."

Director Robin Hardy did not get along with screenwriter Anthony Shaffer or other key crew members, and Christopher Lee — another Hammer Horror veteran, who appears without his usual Dracula fangs as Lord Summerisle — felt that the film's production and distribution company, British Lion, did not know how to market it after they saw it. "The Wicker Man" was a new kind of folk horror film with musical elements and a horrific ending, and Shaffer said, "When the lights went up, [the British Lion people] just said 'Is that it? Don't the cavalry come? Jesus, it's a bit heavy, isn't it?'"

Given all the production problems, it's a miracle "The Wicker Man" ever got made or found the audience it did, but all's well that ends well — unless you're a sacrifice victim, of course.

Read this next: The 20 Best '60s Horror Movies Ranked

The post Making The Wicker Man Was Almost As Horrifying As The Movie Itself appeared first on /Film.