Are you ready for the shocking, jaw-dropping, mind-blowing first look at Snake Eyes, the new G.I. Joe spin-off? Don’t answer lightly. Stop right now and think about it. Think about how prepared you are to witness the awesome might of our first real glimpse of Henry Golding as the ninja assassin. I don’t want to oversell things, but I must warn you: If you have yet to steady yourself for this Snake Eyes first look, your hair might turn white and your skin might rot off your face like the bad guy who drinks from the wrong grail at the end of Indiana Jones and the Last Crusade. You’ve been warned. 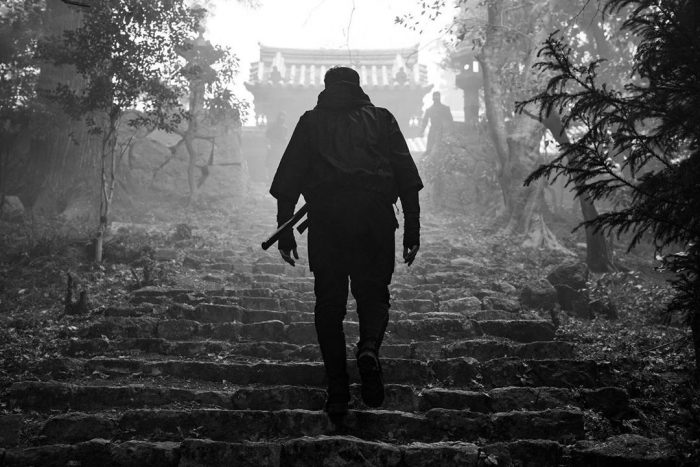 Yes, that’s it. I know – it’s not much. It’s just a stylish, black and white pic of Henry Golding walking up some steps. He doesn’t even appear to be in full costume. But hey, we’ll take what we can get.

This won’t be the first live-action appearance of Snake Eyes. The character appeared in both G.I. Joe: The Rise of Cobra and G.I. Joe: Retaliation, where he was played by stuntman-actor Ray Park. He also had a major role in Brian De Palam’s Snake Eyes, starring Nicolas Cage as a more realistic interpretation of the character.

The post ‘Snake Eyes’ First Look Gives Us Our First Glimpse of the ‘G.I. Joe’ Spin-Off appeared first on /Film.

Next post ‘Bill & Ted Face the Music’ Poster Brings Back a Familiar Time Machine, Which You Can Now Buy