Sometimes life gets stranger than fiction, and Ed Helms and Randall Park will prove just how much with the new NBC comedy series True Story. A hybrid .. 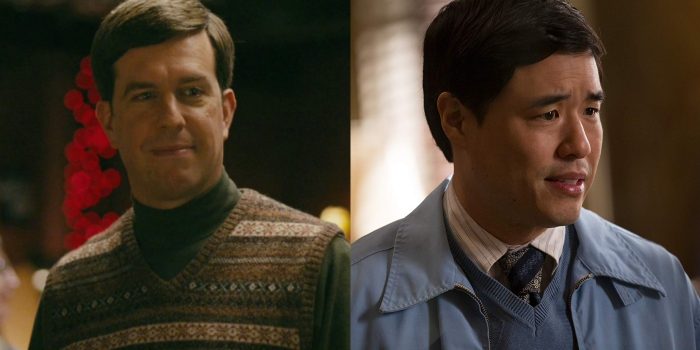 Sometimes life gets stranger than fiction, and Ed Helms and Randall Park will prove just how much with the new NBC comedy series True Story. A hybrid scripted and unscripted series, True Story will follow Helms and Park’s hosts as they interview people who have had unbelievable real-life experiences, while a team of performers re-enact their stories.

According to The Hollywood Reporter, Ed Helms and Randall Park will be the hosts for a hybrid scripted and unscripted comedy series at NBC that will “recount and re-enact unbelievable true stories.” Here are the details from THR:

The show, titled True Story, will feature the two actors and comedians talking with people about their extraordinary real-life experiences. As their stories unfold, they will be brought to life in heightened, star-studded re-enactments by a star-studded cast. Each hourlong episode will feature two stories.

The show is based on an Australian series, True Story With Hamish & Andy, whose creators Tim Bartley, Hamish Blake, Andy Lee and Ryan Shelton have also been tapped to executive produce True Story with Helms, Pacific Electric’s Mike Falbo and showrunner Nicolle Yaron (Making It). But the series also bears a surface-level resemblance to Comedy Central’s Drunk History, in which comedians or celebrities would recount events in history while intoxicated, while performers act out their stories, leading to hilarity. I’m not sure whether that concept would be quite as funny without the alcohol, but it seemed to have worked for Australia.

“We believe that truth can be stranger (and funnier!) than fiction, and Ed and Randall are the ultimate duo to help real people bring their incredible stories to life,” said Meredith Ahr, president of NBC’s Alternative and Reality Group, in a statement.

“I can’t wait to bring True Story to American audiences with my buddy Randall Park,” Helms said. “It’s an incredibly warm, hilarious and kind-spirited show that celebrates the lost art of laughing at ourselves … with a little help from epic re-enactments.”

Park will be out of a job soon with ABC’s watershed comedy Fresh Off the Boat airing its series finale Friday. But Park, who has proven that he can have leading man chops in addition to stealing scenes in supporting comedy roles, seems to be happy to be moving over to an unscripted job which will allow him to put his feet up (literally). “I’m so excited to be part of a show that combines three of my favorite things: great stories from real people, my pal Ed Helms and couches,” Park said.