In this edition of Theme Park Bits: The Secret Life of Pets ride has an opening date. Is Disney’s Hollywood Studios getting another expansion? And mo..

At Universal Studios Hollywood, they’re preparing for a brand-new attraction that’s really gone straight to the dogs. The Secret Life of Pets: Off the Leash! will be opening on Friday, March 27 to guests, offering a very detailed ride experience. As noted here, there are going to be 64 animatronic characters in the attraction, and it’ll have a virtual queue just like Rise of the Resistance at Disneyland and Walt Disney World. The attraction is clearly designed for the whole family, existing right next to a Despicable Me ride; I’m most fascinated to see how it does because of the relatively flat box office for the Secret Life of Pets sequel from last summer. Will guests be as invested in the attraction? We’ll see soon enough.

Sticking with Universal Studios, but heading to the Southeast, things are finally coming together in the Orlando theme park for a replacement for one of their more venerated attractions. What used to be the Terminator 2: 3-D experience is now being replaced by a stunt show themed to The Bourne Identity, titled The Bourne Stuntacular. (I’m sure the late author Robert Ludlum is spinning in his grave for not having named a Jason Bourne novel a “stuntacular”.) The show itself has yet to open, but the gift shop related to the show is now open, with appropriate merchandise. Bourne fans assemble, because some of us are just too sad to see the exploits of the T-1000 having been removed.

Disney’s Hollywood Studios is just wrapping up a truly massive expansion with its Star Wars: Galaxy’s Edge outpost. But is that the end of the expansion for this park? A recent rumor implies that we might get another expansion with a different set of recently expanded intellectual property courtesy of Pixar. Though Toy Story Land now dominates a good chunk of the park, this rumor implies that we might get an Orlando version of Pixar Pier over in DIsney California Adventure, replacing the current Animation Courtyard. I would be disappointed to see DHS remove a section dedicated to the animation that serves as the foundation for the entire Walt Disney Company. The flip side is that the current Animation Courtyard is a shell of what it used to be. Ideally, Disney should update that section to be a fun blend of education and entertainment. We’ll see if this rumor comes true, though.

We’ll stick in Orlando for our next story, but let’s change gears to a totally different theme park: Legoland. Over at the Legoland Florida resort, they’re preparing for the arrival of the Pirate Island Hotel (I will let you figure out what the theme of that hotel is). With that new hotel, there will be some new eating establishments, like the Shipwreck Restaurant, whose menu has just been unveiled. The Shipwreck Restaurant is the first family-style option at Legoland Florida, and the menu leans pretty hard on meat-centric options. It’ll no doubt be heavily pirate-themed like the hotel itself, too, once it opens in mid-April. 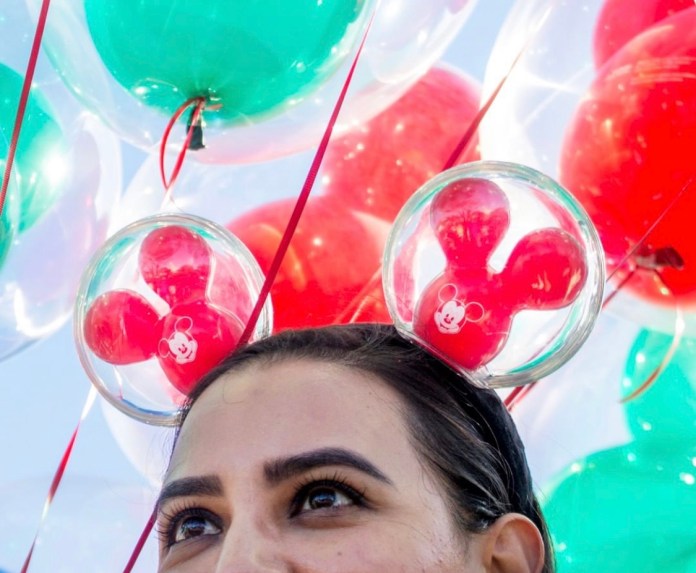 If you’ve been to a Disney theme park, you know that one of the most common pieces of merchandise is a pair of Mickey ears. You might even own a pair or two yourself. But there’s another very common piece of merchandise with Mickey’s headgear involved: Mickey-ear balloons. (Those, I doubt you own currently, because they deflate quick.) Well, pretty soon, you can blend these two items together, with Mickey ears whose ears are just like those balloons. No available date has been made public yet, but keep an eye out.

Previous post This Week In Trailers: Romantic Comedy, Why Don’t You Just Die, I Will Make You Mine, Rendez-vous, Deerskin