Cool Stuff: ‘The Mandalorian’ Prints from Dave Perillo and Christian Waggoner Have Baby Yoda and Many Mandos

It’s a shame we won’t have any new episodes of The Mandalorian to watch until later this year, especially since the series will bring Ahsoka Tano into..

It’s a shame we won’t have any new episodes of The Mandalorian to watch until later this year, especially since the series will bring Ahsoka Tano into the live-action Star Wars universe in the second season. But while we wait for the return of the series on Disney+, artists Dave Perillo and Christian Waggoner have unveiled new The Mandalorian posters going on sale today.

Dave Perillo has come through with two prints for the second and third episodes from the first season, “The Child” and “The Sin.” Meanwhile, Christian Waggoner has delivered what might be the best piece of art featuring the little guy lovingly referred to as Baby Yoda. And they’re all officially licensed by Acme Archives. Check out The Mandalorian prints from Bottleneck Gallery below. 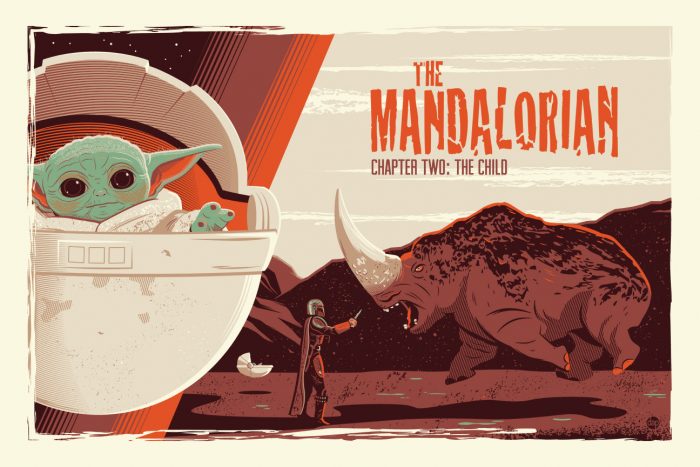 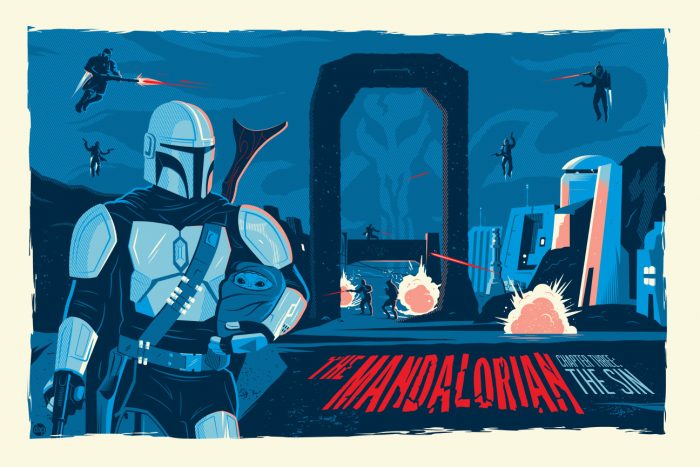 Dave Perillo’s posters have a spaghetti western style to them, emulating the vibe of the series that takes cues from The Good, The Bad and The Ugly and many more. Part of me wishes the titles of the episodes weren’t made to be so prominent. The artwork is awesome, but hanging up just one of these posters would appear as an incomplete collection, which would bug the completist in me. But still: they’re very cool. 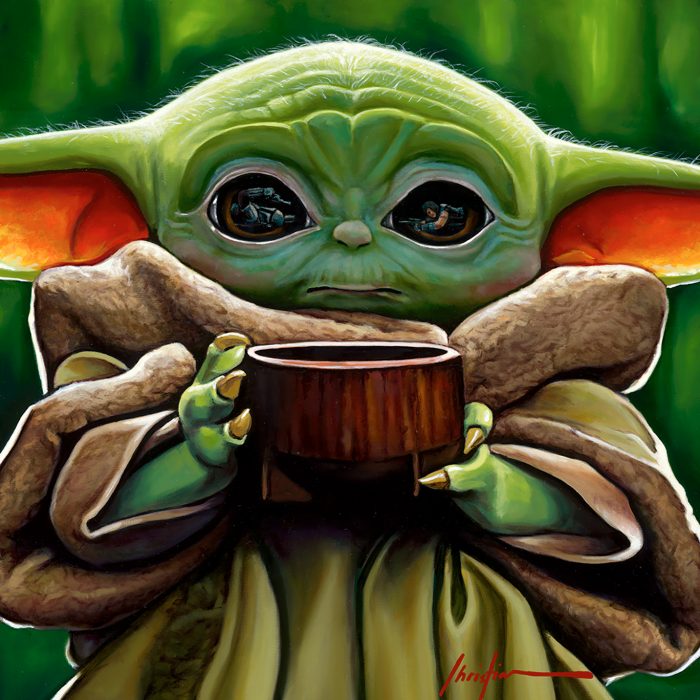 Want Some Soup (The Mandalorian) by Christian Waggoner
Giclee
12 x 12 inches
Hand-numbered timed edition
Edition size will be determined by the number of prints sold
through Sunday (3/29) @ 11:59PM ET
$45

One of the most memorable images of The Child from The Mandalorian featured the little guy casually sipping on some soup while Mando (Pedro Pascal) and Cara Dune (Gina Carano) fought it out. That image is immortalized here in this new piece by Christian Waggoner, and if you look carefully in the reflections in his eyes, you can see Mando and Dune laying on the ground with their pistols drawn at each other. Isn’t it so nice to see the world through the eyes of a child?

The good news is that unlike the other prints from The Mandalorian, this one is a timed edition that will be on sale through March 29 at 11:59pm ET. However many are sold, that’s how many will be printed.

All three of these prints will go on sale today, March 26 at 12:00 P.M. ET over at Bottleneck Gallery.

The post Cool Stuff: ‘The Mandalorian’ Prints from Dave Perillo and Christian Waggoner Have Baby Yoda and Many Mandos appeared first on /Film.