Want to see how Simu Liu is doing the Marvel workout at home for Shang-Chi? Is John Cena teasing a X-O Manowar movie from Valiant Comics? How much of .. 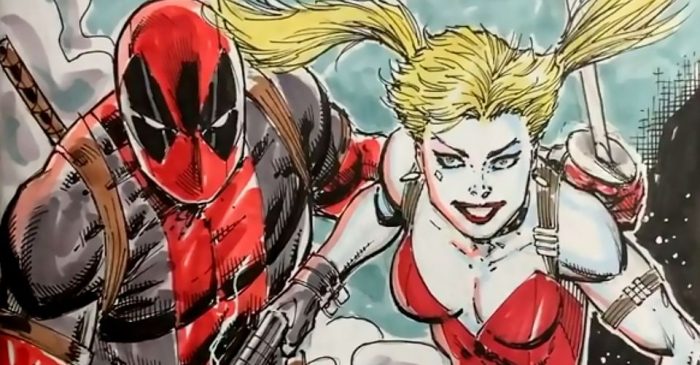 Want to see how Simu Liu is doing the Marvel workout at home for Shang-Chi? Is John Cena teasing a X-O Manowar movie from Valiant Comics? How much of the secret Guardians of the Galaxy Easter egg has been found? Did you know Clint Eastwood almost played old Bruce Wayne in a Batman Beyond movie? Which X-Men villains will be appearing in Thor: Love & Thunder? All that and more in this edition of Superhero Bits.

Take a look at how Spider-Woman‘s costume has changed throughout history on the pages of Marvel Comics.

Unused covers for issues of Sensational She-Hulk by John Byrne, abandoned after he left the series. (He’d later come back) pic.twitter.com/qYP7rMNuWj

Tom Brevoort uncovered some unused covers from Sensational She-Hulk with the artwork by John Byrne.

James Gunn says roughly 60% of the secret Guardians of the Galaxy Easter egg has been uncovered by fans.

Joel McHale passes on The Torch in this new promo for the upcoming DC Universe/The CW series Stargirl.

Rob Liefeld auctioned off artwork of Harley Quinn and Deadpool teaming up for charity. Stay tuned for more.

Next post This Week In Trailers: Middleditch & Schwartz, A Helical, An Engineer Imagines, Slay the Dragon, After Life Season 2

Previous post ‘Dead to Me’ Season 2 Teaser: We’re in ‘Scarface’, Not ‘Snow White’