The Quarantine Stream: ESPN’s ’30 for 30′ Documentaries Are the Perfect Way to Fill Time Between Episodes of ‘The Last Dance’ 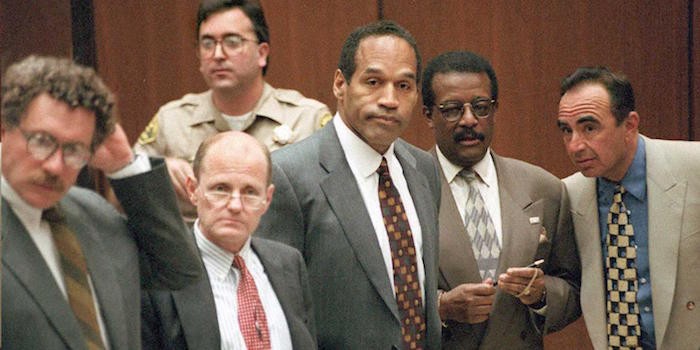 Where You Can Stream It: ESPN+

The Pitch: It seems like everyone is watching The Last Dance, ESPN’s incredible 10-part documentary series about the final year of the Chicago Bulls dream team. But with only two episodes being released each weekend, you can fill the time between Sunday evenings by exploring the network’s 30 for 30 series, a library of some of the best sports documentaries ever made.

Why It’s Essential Quarantine Viewing: The COVID-19 pandemic has shut down the sports industry, which means no packed arenas and no games to watch. For some folks, this is devastating. For people like me, who casually follow a handful of teams, I’m doing just fine. However, these two groups can meet in the middle with 30 for 30, the ESPN documentary film series chronicling some of the biggest, strangest, and most important moments in sports history. The best of these aren’t just exciting and/or horrifying and/or devastating and/or triumphant chronicles of players and teams – they’re extraordinary documentary films that showcase unique voices and tones in addition to simply being informative.

To date, there are over 100 30 for 30 films (not bad for a series that, as its name implies, was supposed to only have 30 entries) and I’ve been catching up with them on the ESPN+ streaming service. And since you may be using that service to watch the extraordinary The Last Dance, you should seek these out, too. Because like that series, the best 30 for 30 films are so much more than sports docs. They’re chronicles of culture and history, using sports to explore humanity and what drives us. It’s an untouchable library, where even the weakest entries tend to be pretty good. However, you may have to search for each individual title on the app, because ESPN+ is a user interface nightmare that deserves a total overhaul. Rarely has so much great content been hidden so well.

While you generally can’t go wrong with clicking on any episode of 30 for 30, here are a few that I’d recommend right now.

While the filmmaking here is a bit more pedestrian than the best 30 for 30 entries, the subject matter is inherently fascinating and worth the 52 minutes. Michael Jordan’s brief foray into baseball after his first retirement from basketball has been widely mocked and rarely examined. It’s a far more interesting story than you’d imagine and it works as a great companion piece to The Last Dance.

Rodman: For Better or Worse

Speaking of great companion pieces to The Last Dance, Rodman: For Better or Worse offers a feature-length look at the strange and tragic life of Dennis Rodman, one of the most unique, misunderstood, and controversial figures in American sports. This doc is vivid and emotional, using stirring re-enactments and stylized touches to enhance the humor and tragedy of Rodman’s unbelievable life story.

Some of the best 30 for 30 docs use sports as an excuse to dive deep into the human condition. Catching Hell is very interested in the story of Steve Bartman, the Chicago Cubs fan who thought he was catching a foul ball and ended up igniting the absolute worst of sports fandom. However, it’s more interested in pondering why a modern society feels the need to feed longstanding superstitions and how we devour scapegoats rather than examine facts. This is a thrilling, devastating film.

The sports documentary and the true crime documentary collide in The Two Escobars, a bone-chilling look at what it was like to play soccer in Colombia during the nation’s darkest days. The title refers to Pablo Escobar, the infamous and all-powerful drug kingpin, and Andres Escobar, the nation’s biggest soccer star. How these two intersect, and what becomes of them, is the stuff of nightmares.

The Band That Wouldn’t Die

Here’s another great sports doc that isn’t really about sports at all. The title refers to the marching band for the Baltimore Colts football team, who abruptly moved to Indianapolis in 1984. But even without a team to rally around, the band stuck together, performing for their community and keeping hope alive that a team would return to their city. This is the kind of unlikely story that makes a 30 for 30 deep-dive so rewarding – you never knew this story would be so interesting and so moving.

Perhaps the most formally daring 30 for 30 episode, June 17, 1994 has no narration and no talking heads. It’s a long montage of one of the most important days in sports history, a day where teams and players were making low-key history in seemingly every major sport…all while O.J. Simpson led police on the most famous chases of all time in his white Bronco. You don’t need to know a thing about the sports of the era to appreciate the filmmaking prowess on display here.

OJ: Made in America

Speaking of 30 for 30 docs about O.J. Simpson, here’s perhaps the crowning achievement of the entire series. This massive, nearly eight-hour long doc ignited arguments about whether it’s a film (it won the Oscar for Best Documentary!) or a TV series (it aired in five parts on ESPN after a festival run!), but everyone seems to agree that this comprehensive look at the murder trial of former football legend O.J. Simpson is one of the most remarkable pieces of non-fiction filmmaking ever made. Period.

The post The Quarantine Stream: ESPN’s ’30 for 30′ Documentaries Are the Perfect Way to Fill Time Between Episodes of ‘The Last Dance’ appeared first on /Film.