‘Raised by Wolves’ Trailer: Ridley Scott Takes You to a Strange Future

The first trailer for Raised by Wolves is here, and what a fine trailer it is. It’s a bad idea to overhype stuff based on a trailer, but I have to adm..

The first trailer for Raised by Wolves is here, and what a fine trailer it is. It’s a bad idea to overhype stuff based on a trailer, but I have to admit, this looks wild and different, and that’s pretty exciting. In this sci-fi series from executive producer Ridley Scott, a group of human children is being raised by two androids on a strange planet. But all is not as it seems.

When you watch as many movies and TV shows as I do (it’s my job, don’t judge me!), you tend to thirst for something fresh and exciting. More often than not, even if I’m enjoying a film/TV series, there’s an “I’ve seen this before” approach to it all. There’s nothing new under the sun, as the saying goes. So whenever something comes along that looks genuinely different and unique, I tend to perk up. And that’s the case here.

To be clear: I haven’t seen this show yet, and I’ve been burned by good trailers for lackluster productions many, many times. But the imagery on display in this trailer is appropriately weird and otherworldly, and I can only hope the series itself is as promising. Raised by Wolves follows “two androids tasked with raising human children on a mysterious virgin planet. As the burgeoning colony of humans threatens to be torn apart by religious differences, the androids learn that controlling the beliefs of humans is a treacherous and difficult task.” I’m worried that the trailer might give too much away here, but hopefully that’s not the case, and plenty of surprises await.

Raised by Wolves hits HBO Max on September 3. Check out the show’s poster below. 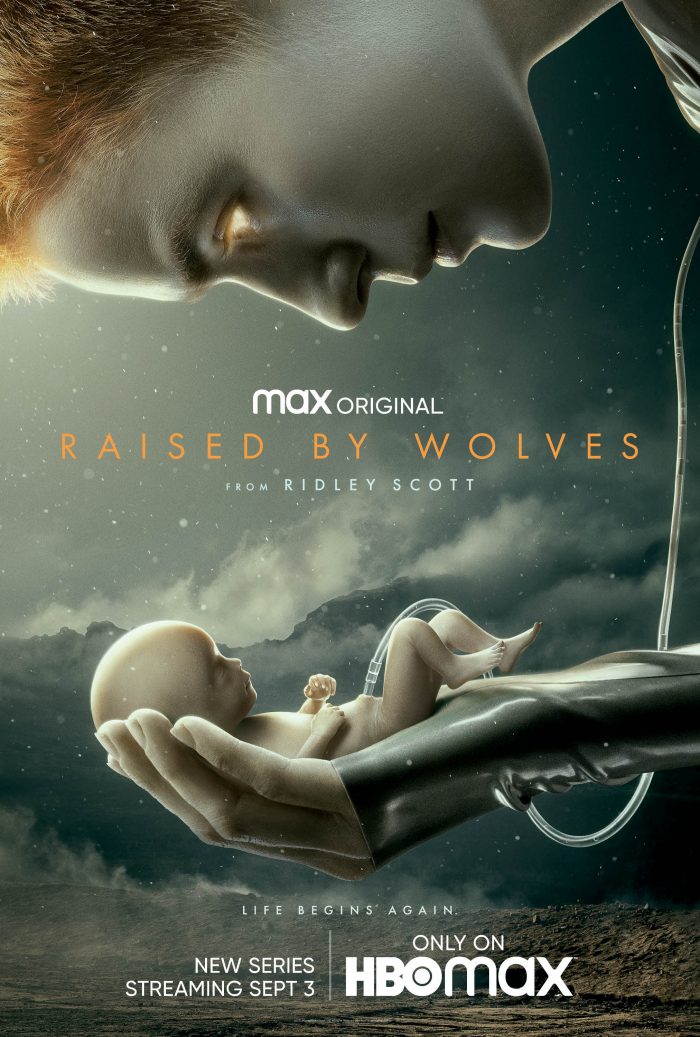 The post ‘Raised by Wolves’ Trailer: Ridley Scott Takes You to a Strange Future appeared first on /Film.