This Week In Trailers: Baby Done, Herself, Ringmaster, Deaf U, The Disrupted

Justin Benson and Aaron Moorhead, the filmmakers behind Resolution, Spring, and The Endless, are back with Synchronic. Once again, the filmmakers are playing around with space and time, and it might be their most ambitious film yet. In the film, Anthony Mackie plays a paramedic in New Orleans who finds himself going on a series of very, very strange trips. Watch the Synchronic trailer below.

I’m a big fan of the work of Justin Benson and Aaron Moorhead, especially Spring, a movie that’s like an H.P. Lovecraft reimagining of the Before… trilogy. The duo are back with Synchronic, and while I didn’t love this as much as Spring, I do think it’s their most ambitious movie yet. It’s also a movie that’s very hard to talk about, because the marketing material is trying very hard to avoid giving too much away. Here’s the synopsis:

When New Orleans paramedics and longtime best friends Steve (Anthony Mackie) and Dennis (Jamie Dornan) are called to a series of bizarre, gruesome accidents, they chalk it up to the mysterious new party drug found at the scene. But after Dennis’s oldest daughter suddenly disappears, Steve stumbles upon a terrifying truth about the supposed psychedelic that will challenge everything he knows about reality—and the flow of time itself.

There’s a lot more going on in the movie, but again, I’m not going to give it away. Still, if you watch the trailer closely, I think you’ll be able to figure it out for yourself. I caught the film at TIFF last year, and wrote in my review: “Synchronic is ten times more inventive and original than 90% of the big-budget, high-profile junk major studios regurgitate monthly. In a movie landscape that grows more and more dire, we’re lucky to have original voices like Justin Benson and Aaron Moorhead.”

Synchronic is being released in theaters & drive-ins October 23, and it’s worth noting that the filmmakers have a disclaimer about this, which you can read below.

Our thoughts about this year's US release of SYNCHRONIC: pic.twitter.com/A2xCpMDh0H

If you’re a lazy person who doesn’t want to read all that, it boils down to this: the filmmakers don’t want you risking your life in a movie theater, not even for a movie they made. So if you do go to a theater, please respect guidelines. And if you can, see it at a drive-in. And if you can’t catch it at a drive-in, just know that the movie will be on VOD in a few months as well.

In addition to the trailer, here’s the poster. 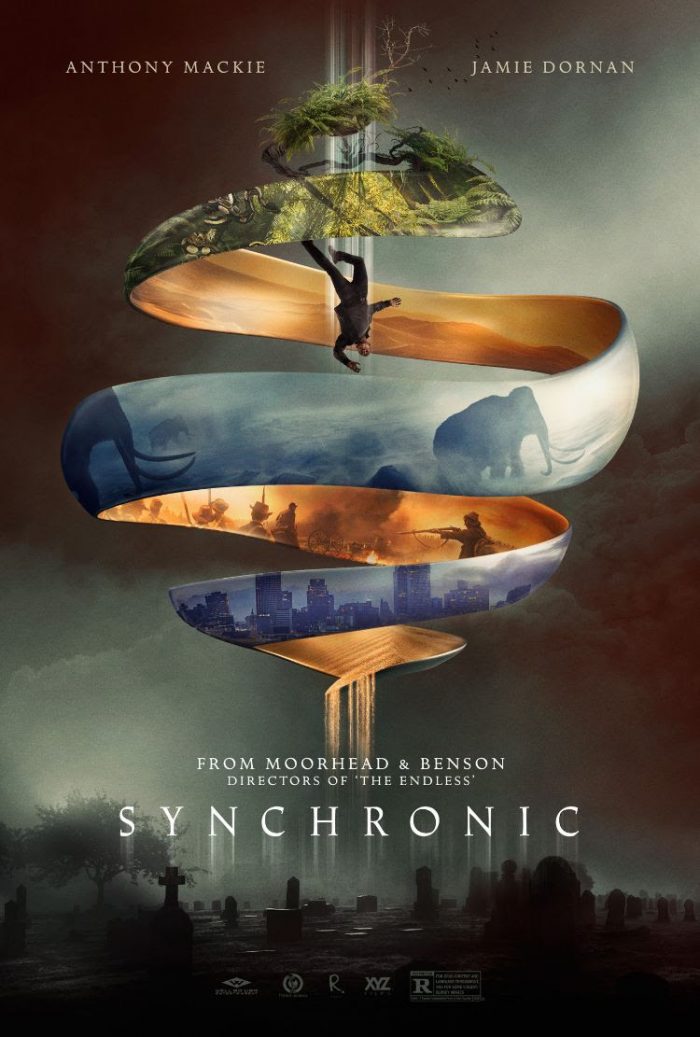 Previous post ‘The Devil All the Time’ Director Antonio Campos on Midwestern Gothic, Assembling an Incredible Cast, and Working With Netflix [Interview]