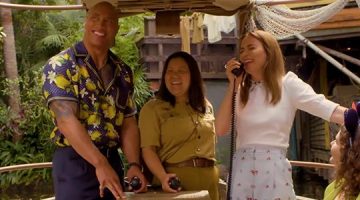 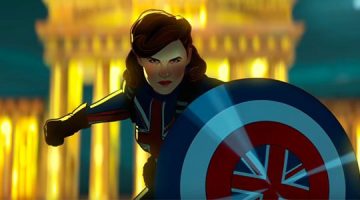 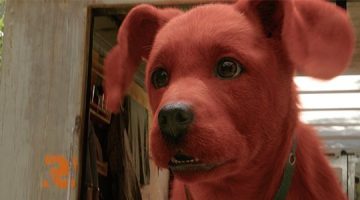 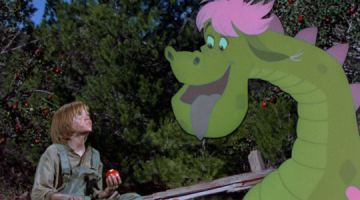 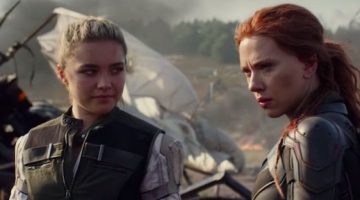 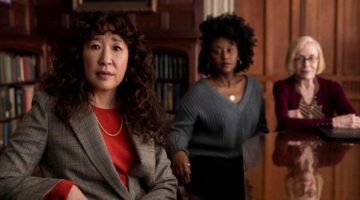 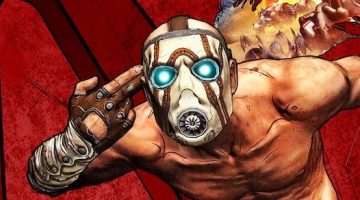 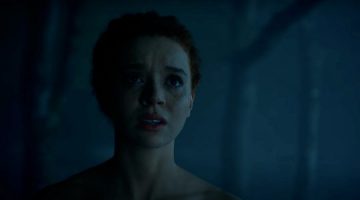 This Week In Trailers: Goff, The Dakota Entrapment Tapes, Seduced: Inside the NXIVM Cult, The Eric Andre Show Season 5, Secrets of the Saqqara Tomb

This week, we’re off to solve a murder, watch the sex cult equivalent of the dueling Fyre Festival documentaries, take a break from reality, raise the dead (literally), and learn about a misunderstood architectural master.

Seduced: Inside the NXIVM Cult

If you didn’t get your fill after watching The Vow on HBO, get ready for some more.

Seduced: Inside the NXIVM Cult follows India Oxenberg as she grapples to make sense of her experience within NXIVM a self-help organization which turned out to be a cult, examining her own culpability and abuse brought on to her by its leader, Keith Raniere. Barry Meier, Janja Lalich, Rick Alan Ross, and Catherine Oxenberg appear in the series, alongside other women sharing their stories and experiences in the organization.

I have not seen The Vow, but this looks like an unbelievably wild story. Cults are nothing new, but somehow this one has taken the imaginations and the collective attention of thousands across the globe. Rightly or wrongly, this group is getting its fair share of attention, so if you’re wanting to go down further into this rabbit hole, it will be your latest obsession.

Director Trevor Birney is laying down a mystery.

In a sleepy North Dakota town, where the crime rate is so low people often don’t lock their front doors, 20-year-old college student Andrew Sadek mysteriously disappears in May 2014 and is found dead almost two months later. What Andrew’s friends and family didn’t know was that in the months before his death, he had been coerced into becoming an informant for an aggressive police task force that had been secretly operating for years.

As details of Andrew’s double life are revealed, the cover of the shadowy program is blown, laying bare the collusion and abuse of power of local law enforcement at all levels. Following the Sadek family’s fight for the truth about how their son was killed, The Dakota Entrapment Tapes skillfully uncovers the forces at play in his death and reveals why law enforcement secretly waged a war on drugs, on a college campus that didn’t have a drug problem.

This trailer gets everything right about how you sell a conspiracy. Start small, hook the viewer early, and then ramp up to the crucial point to drive the message home. It’s only been in the last year when I’ve decided to marvel at tales of intrigue (Unsolved Mysteries coming back might have helped), but this is the kind of story that has larger implications. It’s not just a death in small-town America, it’s the cover-up, the forces of unseen power at work, and the labor by those who will not be silenced that inspires the most.

I don’t know who needs this in their life, but Eric Andre is back, and this trailer tells me everything I need to know about why this will be at the top of my viewing queue. To say Andre is fearless is to miss the point. The man is transgressive in ways that many entertainers simply wouldn’t dare. It is hijinks at its most infantile but, at the same time, its most brilliant.

Secrets of the Saqqara Tomb

Director James Tovell’s latest is giving me some easy viewing that I desperately need.

This documentary follows a team of local archaeologists which excavates never before explored passageways, shafts, and tombs, piecing together the secrets of Egypt’s most significant find in almost 50 years in Saqqara.

Unearthing long undisturbed tombs, finding mummified remains of those who lived thousands of years ago, feels a bit like Indiana Jones and the History Channel rolled into one. It’s fairly straightforward as far as the story goes: archaeologists gs looking for ancient ruins, find dead things wrapped in Egyptian linen, and then postulate on everything they find scrawled/drawn/written on the walls. It may not seem thrilling, but this kind of adventure is straight-up my jam right now.

Director Britni Harris is taking us on an architectural detour of sorts.

Bruce Goff was one of the greatest American architects of the 20th century. His unconventional perspective challenged stigmas about the Midwest’s inability to produce innovative work. A peer to Frank Lloyd Wright, his work had a profound influence on the next generation of architects, including Phillip Johnson and Frank Gehry.

However, Goff’s willingness to explore unprecedented forms often
solicited polarized perspectives of his work. As a result of establishing his practice in an otherwise conservative landscape and his unabashed desire to experiment with the possibilities of form, much of his work has been left to decay or forgotten altogether. GOFF explores the life of an iconoclast and chronicles the events that lead to the destruction and renewed interest of his memory and dwellings.

The trailer sells the story of someone, I would argue, not many of us have ever heard of. When you see this man’s work in the structures he made, you would be hard-pressed in asking yourself why this man isn’t talked about more often. The designs are otherworldly in how they depart from traditional home design. You could overlook some flourishes here and there, but the man upended what livable space was supposed to mean. I’m not sure I would enjoy how stark these locations ultimately would make an occupant feel, but he absolutely thought differently, and the world is better with these places in them.

The post This Week In Trailers: Goff, The Dakota Entrapment Tapes, Seduced: Inside the NXIVM Cult, The Eric Andre Show Season 5, Secrets of the Saqqara Tomb appeared first on /Film.

Next post Michael B. Jordan to Produce ‘Static Shock’ Movie for Warner Bros. and DC Comics

Previous post ‘Jungleland’ Trailer: Charlie Hunnam and Jack O’Connell Are in for the Fight of Their Lives