Avengers, assemble ... to your funerals. Okay, that doesn't quite have the same ring to it as when Steve Rogers finally got a chance to yell out .. 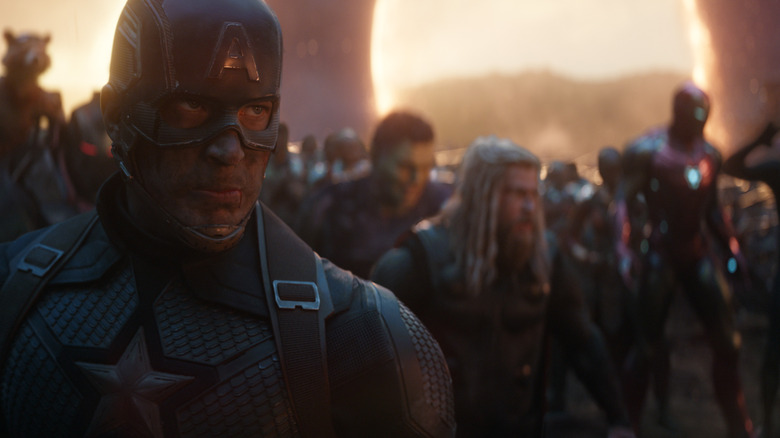 Avengers, assemble … to your funerals.

Okay, that doesn't quite have the same ring to it as when Steve Rogers finally got a chance to yell out that classic line in the climactic moment of "Avengers: Endgame," but at one point that very well could've been the fate of all six original Avengers. The official conclusion to the "Infinity Saga" famously brought back each and every major character lost to Thanos' snap (RIP Vision, though!) in possibly the most fan-servicey sequence ever committed to screen, but it also never held back in terms of sending other heroes to their dooms in shocking fashion. Longtime Avenger Natasha Romanoff bit the dust in a weirdly bleak moment that featured her and Clint Barton taking turns throwing themselves off a cliff … but at least she got her own "Black Widow" movie to help make up for it! Of course, Tony Stark ended his MCU tenure in style when he snapped away Thanos and his army to save the entire universe, coming at the cost of his own life.

The death of two founding Avengers (not to mention Steve Rogers' retirement) was enough to send fans into a period of mourning, but things certainly could've been much, much deadlier for the team had Kevin Feige gotten his way. 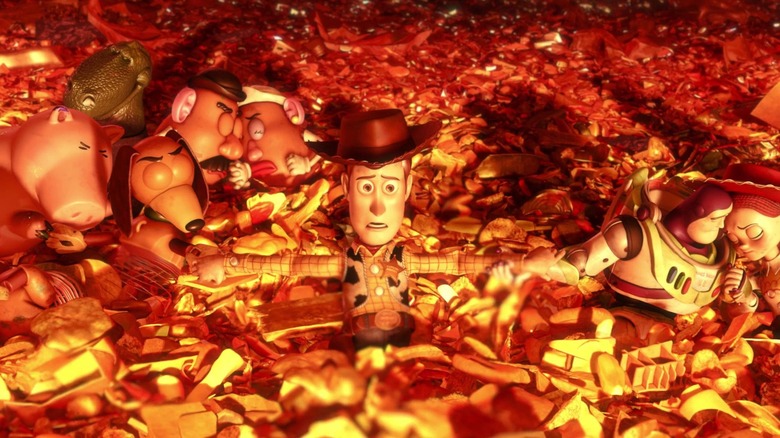 Quick, how do you traumatize an entire generation of Millennials at once? Just fire up that ol' furnace sequence from "Toy Story 3," which had many of us convinced that the family-friendly Pixar was really about to kill off the lovable family of toys right before our eyes. Of course, we were spared such pain and heartbreak at the very last moment, but I can just imagine Kevin Feige watching that go down and thinking that he ought to take things a step further with "Avengers: Endgame."

"The Story of Marvel Studios: The Making of the Marvel Cinematic Universe" by Tara Bennett has become the go-to source of a wealth of tidbits, revelations, and glimpses of alternate history that few of us mere mortals were ever privy to before. This latest news comes via ScreenRant, which details how "Endgame" co-director Joe Russo lets it slip that the Avengers were originally fated for a similar end as the "Toy Story" gang. In an excerpt from the book, the passage lays out the following:

"Kevin's initial pitch was that it was Toy Story 3 — a 'they're all gonna jump into a furnace together' concept," reveals Joe Russo. The brothers' pushback was that there was no possible way for the story to be able to take the time to celebrate each one of them. And that, for the fans, it was an impossible scenario to walk out of the theater and process."

Considering the rampant franchise potential of the remaining members of the Avengers even in a post-"Endgame" MCU, I find it a little hard to believe that this was ever a serious consideration as opposed to a wild, "Hey, what if we did this" suggestion just to see how those in the room would react. Still, even the mere possibility of adding such a definitive sense of closure to the seemingly never-ending MCU has to be respected. As for the remaining Avengers, "Thor" doesn't appear to be slowing down with director Taika Waititi once again at the wheel of "Thor: Love and Thunder." Bruce Banner and Clint are both ticketed for appearances in "She-Hulk" and "Hawkeye" respectively, which will likely clarify the roles these heroes will play within the MCU moving forward. In any case, at least fans can look back at "Endgame" and feel grateful that Marvel held back as much as they did.

Next post The Daily Stream: Can We Finally Admit Buffy The Vampire Slayer The Movie Is Good, Actually?