It might be a little controversial to say this, but "Return of the Jedi," is one of my favorite films in the "Star Wars" universe. It's an epic c.. 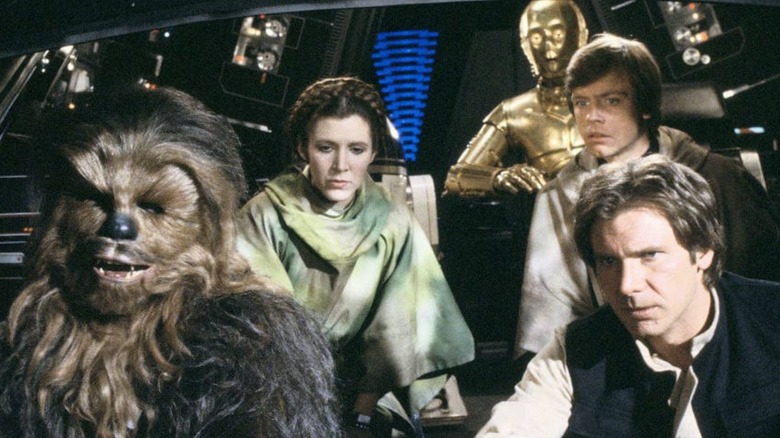 It might be a little controversial to say this, but "Return of the Jedi," is one of my favorite films in the "Star Wars" universe. It's an epic conclusion to the original trilogy and has one of the happiest endings in the film franchise. The Death Star is destroyed, Darth Vader turns back to the light side, and fireworks explode across the galaxy (which is kind of like being at Disneyland, but 10x cooler).

Yet the trilogy as we know it today could have been extremely different, had the original ending pitched for "Return of the Jedi" been approved. What George Lucas had in mind was a dark, sinister conclusion that would forever change the hopeful movie we know it as today, and would have set the tone for the remainder of the "Star Wars" franchise. It was awful — and I'm relieved it's not how I remember the original trilogy or my favorite characters. Lucas opted for "Star Wars: Return of the Jedi" to have a happy ending so it could be a family-friendly movie, but (per Digital Spy) the alternate ending would have been a lot more serious.

The Film Was Originally Called 'Revenge Of The Jedi' 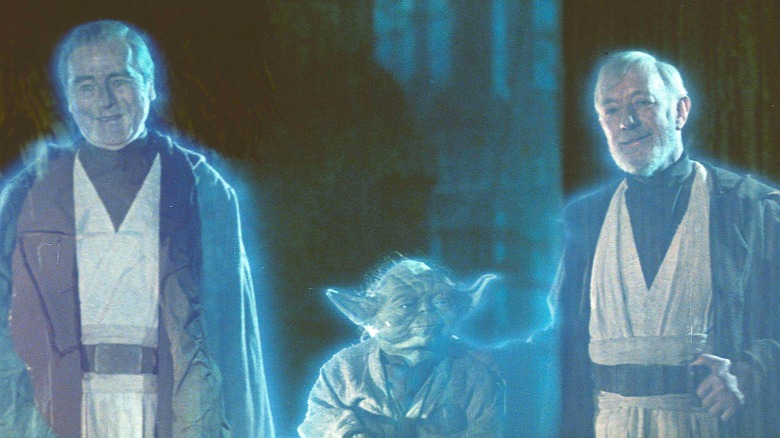 Holy Sith! It turns out, "Revenge of the Jedi" was one of the working titles for the film, which George Lucas decided to shelve because "revenge" didn't fit in with the protectors of the galaxy. It is the Jedi code to never act from hatred, fear, anger, or aggression, and they never use their powers to attack, only to protect and defend. It would've been very out-of-character for the film's title to draw a different, darker side of the Jedi, so I can't say this is a change I'm upset about!

Lucas changed the title to "Revenge of the Jedi" on advice from his co-writer Lawrence Kasdan, who thought the former one was a weak title for the conclusion of the trilogy. But once you learn about the initial ending that was planned for the movie, "Revenge" is a fitting emotion, since Luke was about to become Darth Vader himself.

And Han Solo Was Meant To Die 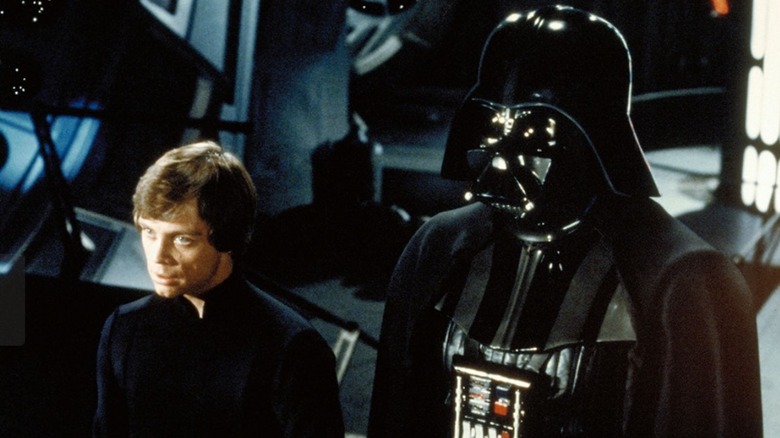 A transcript of Kasdan and Lucas' meeting, which details the ending, reveals that Luke was written to become the new Darth Vader after his death. But in the film, we saw Luke burn his father's armor in a pyre as a symbol of shedding Vader's misdeeds and to represent the light that would guide the Jedi through their future.

Lucas: "Luke takes his mask off. The mask is the very last thing — and then Luke puts it on and says, 'Now I am Vader.' Surprise! The ultimate twist. 'Now I will go and kill the [Rebel] fleet and I will rule the universe.'" Kasdan responded: "That's what I think should happen."

The "Star Wars" creator eventually backed down from the idea, and indicated that the film "is for kids" and an ending like this would destroy that for them. As if watching the otherwise heroic Luke take on the mantle of Darth Vader wasn't terrifying enough, Lucas had also planned for Han Solo to die in the film, during a raid on an Imperial base.

What if both of these storylines had been approved? Han Solo would be dead, Luke would replace his father as the harbinger of evil, and Leia would be left alone to defend the galaxy and battle against her twin. I'm thrilled that the "Return of the Jedi" featured a happy ending (even though it didn't last very long), it is a memorable way to remember the original trilogy and its one true premise: that in the ever-changing battle between the forces of good and evil, the Jedi always triumph over them all.

The post The Alternate Return of the Jedi Ending We're Glad We Never Had to See appeared first on /Film.