"From a certain point of view" is a quote that redefined the character of Obi-Wan, the Jedi, and even Vader back in 1983. It showed that the Jedi are .. 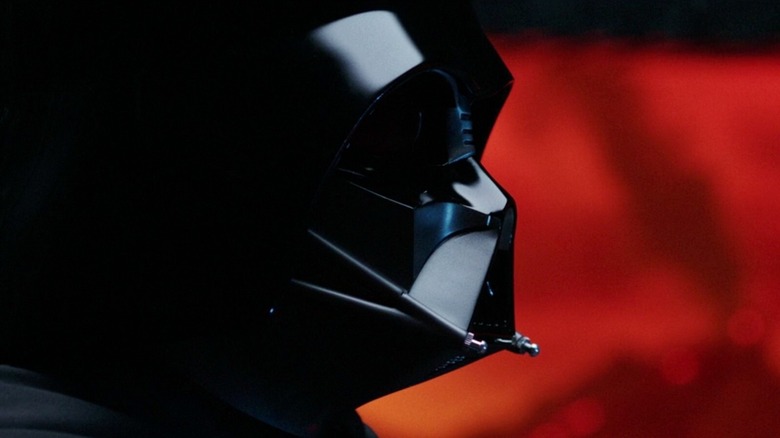 "From a certain point of view" is a quote that redefined the character of Obi-Wan, the Jedi, and even Vader back in 1983. It showed that the Jedi are lying jerks, and that Obi-Wan is super sassy. But it also allowed George Lucas to do a bit of retconning in a cool way.

Things got complicated as the prequels started to show Anakin Skywalker's fall, with more factors playing into the young Jedi's fall from grace, from his lack of a father figure, to his having to leave his mother, to his only father figure being a Sith Lord.

This takes us to "Obi-Wan Kenobi." In the last episode of the season, we finally got the highly anticipated rematch between Obi-Wan and Darth Vader, and a great moment inspired by the best fight in "Star Wars: Rebels." In addition to being extremely cool and emotional, the fight also served to seemingly absolve Obi-Wan of the guilt he felt for failing to save Anakin and stop him from turning to the dark side.

But does it really? Does it absolve him? Is it really Darth Vader's own fault? Well, the scene certainly makes it seem that way, but that won't stop us from doing a deep dive into who really is responsible for the death of Anakin Skywalker.

That's right, this is the true crime article about the biggest murder case in "Star Wars." Cue the "Law & Order" theme… 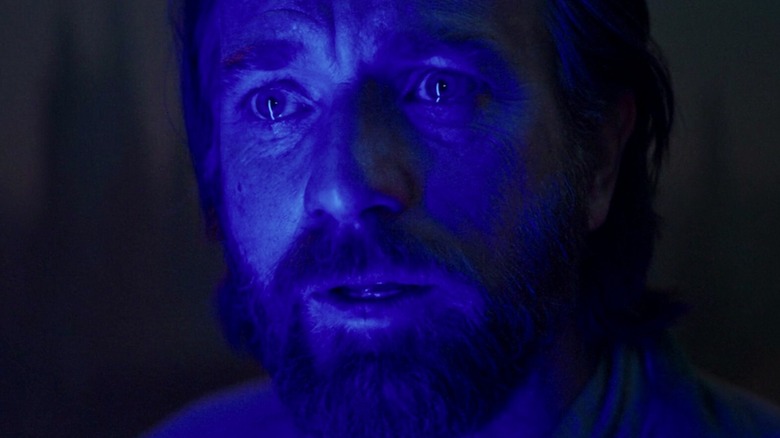 Our first suspect is none other than Obi-Wan. Throughout the Obi-Wan and Leia Power Hour, we see the old Jedi haunted by what he deems his failure to defeat Vader. In his eyes, a student's failures are really a master's failures, so it's on Obi-Wan that the younglings were murdered and the Jedi destroyed.

But the fight on Mustafar did not affect Anakin's turn, as he had already pledged allegiance to Palpatine. If anything, Obi-Wan's role in the fall of Anakin came when he asked his apprentice to spy on the Senate and Palpatine, despite knowing he was a close friend of Anakin's.

Then there's Obi-Wan's overall treatment of Anakin as a friend and brother rather than a son. As Dave Filoni once said, the pivotal scene in "The Phantom Menace," the "Duel of the Fates" was really about the fate of Anakin Skywalker. Qui-Gon was fighting for Anakin to have the father figure he desperately needed after being forced to leave his mother, and only he understood that the Jedi ways were not perfect, and that Anakin needed to be allowed to express his emotions.

Yet even if Obi-Wan wasn't prepared to take on an apprentice, let alone a son, he was still just what Anakin needed. He was an anchor, someone who could get him to express his feelings rather than let them bottle up. Obi-Wan may appear as the straight-arrow to Anakin's maverick, but he wasn't so strict that he could not change his mind. Above all, he listens to Anakin. But Anakin still turns evil, and Obi-Wan blames himself for it, as any parent would if their kid turned into a mass murderer. Obi-Wan could never fully control what Anakin turned into, especially when he was already inside a broken system. 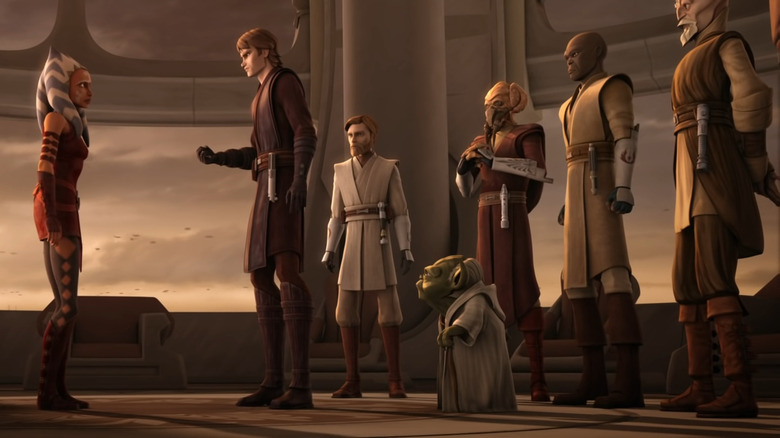 Anakin was taken as a 9-year-old kid, told to forget about his mother, and to never feel anything for anyone ever again. When the council said he was too old to be trained, they meant he could not be easily indoctrinated, and they were right.

And yet, knowing he was flawed, knowing he was dangerous, they took him in. Worse, they overlooked many of Anakin's shortcomings as soon as he proved adept at fighting. He was arrogant, hotheaded, and very violent, but hey, he could win battles, and once the war started, that is what mattered. Indeed, Anakin was rarely ever punished, and he never faced the consequences of his actions. On the contrary, even Obi-Wan knew about Anakin and Padmé's relationship, and he looked the other way. The Jedi Order acted like a school board sweeping their football team star's crimes under the rug before he scores points.

Then there's Ahsoka. When the council accused Ahsoka of terrorism and accepted to expel her from the order before turning her over to a Republic military trial where she could be executed, Anakin saw this as a betrayal. To make matters worse, they didn't exactly apologize when Ahsoka was proven innocent. Instead they went "this was actually your great trial" and argued she became a better Jedi because of the ordeal, because "the Force works in mysterious ways."

Even if it was Ahsoka's decision to reject the invitation back and leave the order, Anakin continued to blame the Jedi for her abandoning him.

Verdict: Not guilty, but their many systemic problems built a history of frustrations and disappointments that left Anakin vulnerable and easy to manipulate by one individual. 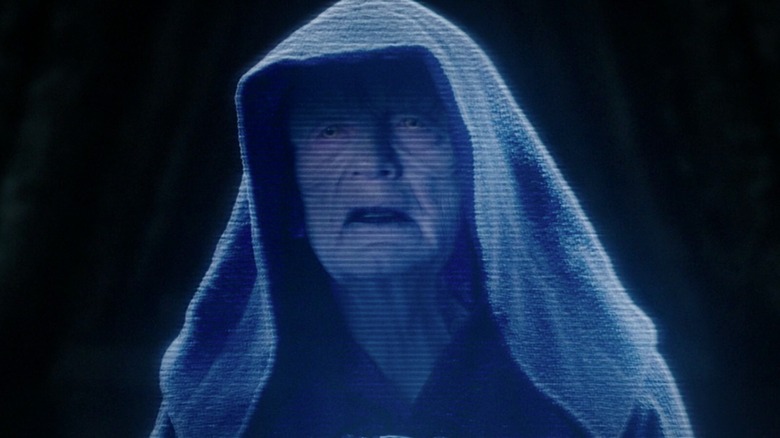 Here he is, The Senate himself, Sheev Palpatine! A guy so evil he kept being brought back long to the franchise long after he became unnecessary. Sheev Palpatine didn't have that much screen time, but he knew how to use it wisely and effectively. He manipulated Anakin at every possible turn, fomenting mistrust against the Jedi, stirring up his insecurities, and boasting his ego and self-image so he would be more susceptible to alternate ways of the Force.

Where Obi-Wan could not be the father Anakin needed, Palpatine was quick to jump at the opportunity. Where the Jedi forbade attachments and emotional outbursts, Palpatine comforted the young Jedi and encouraged his emotions. There is a reason Anakin confided in Palpatine about murdering the Tusken Raiders and not Obi-Wan: because Palpatine never scolded him or told him he was doing something wrong.

Palpatine spent over 40 years planning the end of the Jedi. He drafted them into a war he knew would force them to compromise their ideals and lose touch with the public so they would turn on them after the war. When he saw how vulnerable and susceptible Anakin was, he exploited it, making him think he alone held the power to save Padmé from death.

It is Palpatine who takes the insecurities of a young boy and makes him a pawn in his scheme, using his fear of loss to make betraying all of Anakin's friends, killing a bunch of kids, and destroying the Jedi the only logical choice to simply accept that his wife would someday die.

Verdict: guilty, to a point. 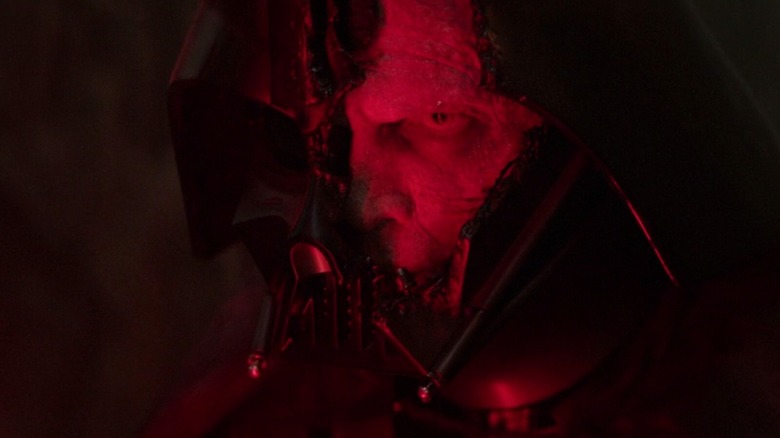 He wasn't lying when he told Obi-Wan he was responsible for the death of Anakin Skywalker. In truth, neither Obi-Wan nor the Jedi betrayed Anakin, he betrayed them all.

Sure, Anakin should never have been allowed to become a Jedi. Sure, he was manipulated by Palpatine. But Anakin was well aware of when he was defying orders, going against his teachers and friends, and doing wrong things. He was aware of his crimes when he murdered the Tuskens, he was definitely aware he was doing something evil when he killed a disarmed (literally) Count Dooku in cold blood, but all he needed was a single "do it" to be convinced to go along with Palpatine's plan.

Indeed, Anakin willingly and constantly embraced his role as a pawn in someone else's scheme. He knew Palpatine was a warmongering dictator in disguise, but he didn't care. He knew he needed to let go of attachments, and expected others to do so, but he wasn't capable of letting go himself. He was a toxic friend, a toxic husband (remember when he almost Force chocked Clovis after seeing him kiss Padmé?), and a fascist since he was a teenager.

When he cut off Windu's hand, allowing Palpatine to kill him, he realizes what he does and falls to his knees, but it still only takes Anakin 30 seconds to embrace the dark side, pledge allegiance to Darth Sidious, and go slaughter all the children at the temple.

When Vader says he killed Anakin Skywalker, does it cement Obi-Wan's certain point of view? Yes, your honor. Because Anakin/Vader actively and purposely abandoned everything that made Anakin a good person, and fell to the dark side out of his own free will.

Verdict: guilty on all charges.

The Fall Of Skywalker 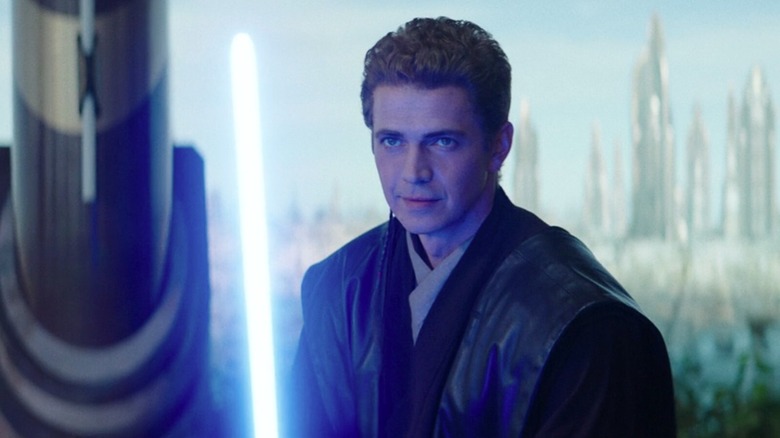 And yet it doesn't stop there. Vader actively continued to kill Anakin Skywalker every day for the rest of his life. As much as Obi-Wan, and later Ahsoka, want to believe Anakin is dead and gone, we know things to be different. Even Palpatine alludes that Vader was getting too close to Anakin's past in his pursuit of Obi-Wan and warns his apprentice not to stray away from the dark side.

With Padmé dead, Anakin would hate what he became, but he kept lying to himself that it was too late, trapping himself in a cycle of self-hatred from which he could not escape. Even when he, in the comics, learned he didn't kill Padmé, or that his children were alive, Vader hated himself too much to try and leave the dark side.

Anakin's fall from grace came because he could not shed his attachments. But as Vader, that's all he ever tried to do. He spent his life trying to destroy every connection to Anakin, from his master, to his apprentice, to his name. The more he tried to convince himself Anakin was dead and Vader killed him, however, the more that became untrue. Even if the two people closest to Anakin think he's beyond redemption, we know a young boy from Tatooine will one day prove them all wrong.

The post Does the Obi-Wan Kenobi Finale Effectively Cement the Jedi Master's Certain Point of View? appeared first on /Film.

Next post The Major Yellowjackets Plot Twist That Almost Happened

Previous post 1883: The Bass Reeves Story: Everything We Know So Far About The Latest Yellowstone Spin-Off