Antoine Fuqua is one of the voices behind Prime Video's new action-thriller series, "The Terminal List." The filmmaker produced the Chris Pratt-l.. 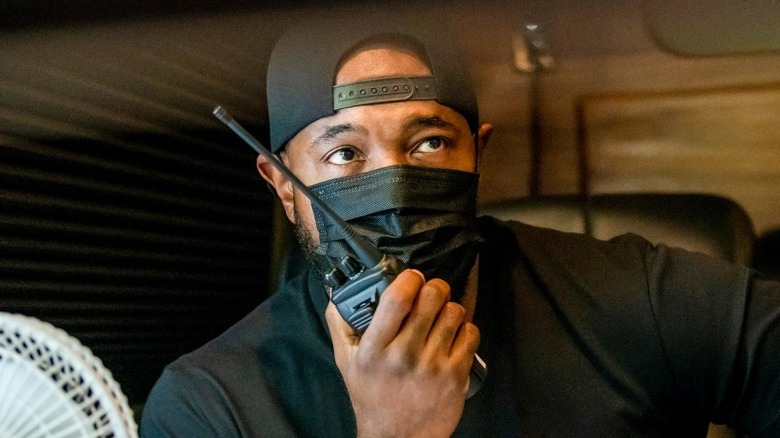 Antoine Fuqua is one of the voices behind Prime Video's new action-thriller series, "The Terminal List." The filmmaker produced the Chris Pratt-led series and directed the first episode. Fuqua sets the tone for the show, which casts Pratt in a more dramatic light than audiences may be used to seeing the "Guardians of the Galaxy" star. The two of them previously worked on "The Magnificent Seven," in which Fuqua got to pay tribute to one of his idols, Akira Kurosawa.

Over the last few years, the director behind "The Equalizer" films and "Training Day" has been working more in the streaming world. He's the producer behind "Legacy: The True Story of the LA Lakers," "Mayor of Kingstown," and he'll soon have three movies to his name released on streaming, including the upcoming "Emancipation." Fuqua has been directing studio movies for over 25 years now, but as he told us, he feels like he's making movies in the '70s working with streaming services. 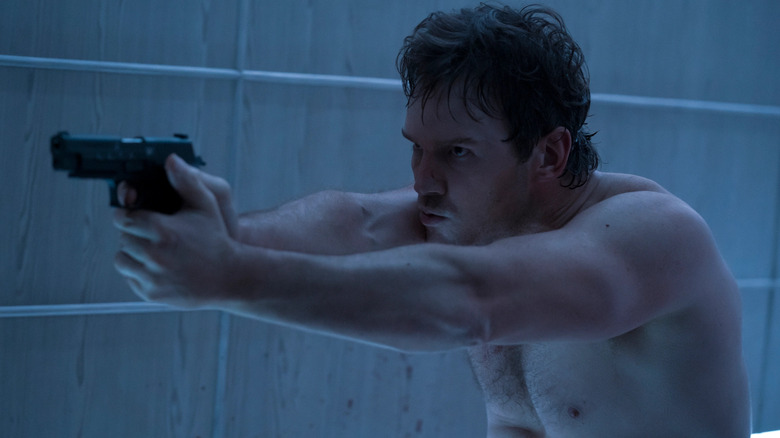 You've now worked with Amazon, Netflix, and Apple TV+. How's your experience been with streaming so far?

It's been great, man. It's fun. It's like "Mayor of Kingstown" with Taylor Sheridan, you know that show? I'm producing that as well. In a movie, you make a movie and you get two hours, and you're there with your crew and everybody, your team, for a certain amount of time. Then you're gone and sometimes we don't see each other for years, that sort of thing. At least in a series, there's a longer relationship to develop. There's a chance to develop the characters more. There's a chance to try different techniques along the way.

If you get lucky and get it picked up again, if you have eight episodes and then you get picked up again and you get another eight or 10 or whatever it is, the relationship gets to continue and that's fantastic. You get to see other directors come in and do their work as well on your projects, and I think that's invaluable. There's something about — during the pandemic, we realized we took a lot of things for granted, and so now that we're back doing that, I'm really enjoying the collaboration with everyone in doing long-form.

How's the creative freedom compared to your past work with studios? Are they similar experiences?

No. No, no. I mean, I have a great relationship with Sony. Tom Rothman and those guys, normally, we talk about the script and once we lock something, we do it and I don't talk to them again until at the end, but these streamers have been really amazing. I mean, Amazon, they give a couple notes here and there earlier on, but not much. As a director, you get to go make your work, do your work. The same with the other streamers that I've worked with.

Apple, Netflix, Hulu, they've been amazing. It really has been freedom. I compare it to the '70s. You got a chance to just come in and try some things and be brave, and they take risks. They take bigger risks, because you don't have to worry about the box office weekend, and then they release it all at the same time around the world which is incredible, so you get immediate feedback on your work. I found it to be a really positive thing. Yeah, I'm happy.

When you direct, knowing people will be watching your work at home, does it influence any of your camerawork choices?

No, I know what you're saying, but the thing is that everybody has a big flat screen TV now, so the format is different. You do have to consider it to a degree, but not as much. I mean, the thing that I constantly push against is being afraid of scope, because when someone comes out of TV, it's a lot of talking heads. That's not the world I come from, so sometimes I'm pushing, staying wider, using 35 millimeter lenses and really capturing the scenes. You get your closeups of course, but you don't have to.

In a normal TV format, you have to get all those closeups. You can't take a risk of just doing a medium shot and that's the shot and that's all you're going to shoot and that's it. TV, you're used to that coming in here, coming in here. What I push against is doing that. I think it should be the same approach as the feature, and take more risk and not worry about that structure. It's not a soap opera.

"The Terminal List" is another story you're telling with characters in intense lines of work facing extreme conditions. Of course, that's good drama, but what draws you to those characters?

It's funny, we always end up talking about Akira Kurosawa, and again, maybe he's an influence for you there?

Yeah, they're all under pressure. Maybe that's where it comes from, the films I grew up with. You're right. I mean, you look at "Ran," "Seven Samurai," it's people under pressure. It's people being put under pressure by another individual, by other individuals. It's this small person being stepped on or pushed down, or is a moral decision that has to be made. Like in "Tears of the Sun," do you leave the people or do you bring them with you? Even though that's the harder choice, you make the right choice. Maybe that's from the films I grew up watching and maybe that's something that I aspire to be, an individual like that. 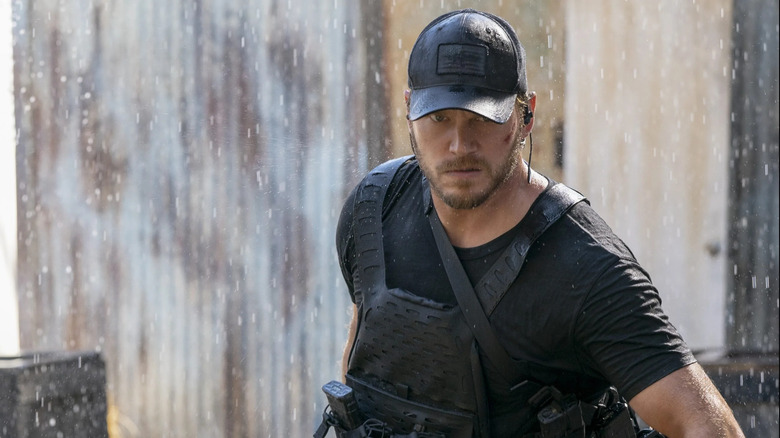 Were there any filmmakers or classic movies you had in mind when making "The Terminal List?"

I didn't go back on "The Terminal List'' and look at other filmmakers. I looked at movies like "The Parallax View'' and "Three Days of the Condor," just the tension when a guy comes into the office and everybody's dead, that thing. "Jacob's Ladder," which is a little more psychological and twisted, PTSD, but a little darker on a more demonic side. I looked at some of that, but the trick with this one was the subtleties of things, of what's real and what's not real, what he experienced or didn't really experience. Is he the unreliable narrator? On this one, I didn't really go back and look at a lot of films as much as I remember those pictures more than anything else.

How did you want to visually express whether he's a reliable narrator?

Well, it was always stalking [Chris Pratt's character]. When he goes, "Let's check on Boozer," the camera may have been in front of him and then he enters, so it's like, whose perspective is it? There were times where the edges were a little soft, when he's having these headaches, because the world is a little fuzzy. To just make the audience feel uncomfortable, I would go really close because that's always uncomfortable, and someone, their eyes are a little wild and not sure of their own mental state.

Even the scene in the NCI room when you first hear him talking to the military guys in the suits, where the camera starts behind him and then reveals those guys, it's always pointing to the head, always reminding the audience, this is about the brain. Those were the things that I constantly wanted to be consistent with. Tonally, there were a lot of shadows.

Even when he came home, it wasn't bright and happy, because coming home is the battle. The shot when he walked through the door down the hallway was dark, because he had to now come home and try to transition into father and husband, but he was still on mission so the world was still dark. He never came out of it yet.

There's a lot of shots, if you see, where he's always in the center like a target. Standing there, looking at the coffins, dead center. The back of the head, dead center. Down the hallway in the MRI room with the lights, it was always a pattern. There were a lot of patterns that were constantly there that there's a target. There's a target. Those things were to keep pointing the audience in the direction and make them feel that he was a target, that there's something sinister happening, something different.

Even though you constantly push against being afraid of scope, a lot of your work, like the scenes you mentioned, are just characters in rooms or cars. That's pretty much all of "Training Day."

Well, that's what I care the most about. I was just saying that to someone — that movie reminded me of why I love movies. Just characters, I love the characters. I love when you feel them. Not just hear them or you're not just watching them, you feel them, and "Training Day" was that. When they were sitting in the cafe talking, I felt them. That's the first scene I shot and I could feel them, even though they were just bantering a bit. You could feel the tension. You could see it, and that's Denzel and that's Ethan.

In this case with Chris, the scene where he is sitting there talking to the Colonel in the office and he's trying to push his case of what he saw was fun for me. I just love the paranoia. What I love the most is the silence in between, the little pauses, where it's just like, "What's not being said?" That's the most interesting thing to me. I'll lean more into those types of films soon, where it's just characters and nobody's getting shot. We'll see how that goes.

"The Terminal List" is now streaming on Prime Video.

Next post Will There Be A Dark Winds Season 2?