Nope Has A Viral Site Full Of Clues, Hints, And A Reference To The Movie Holes

The release of Jordan Peele's mysterious new horror movie "Nope" is only a few weeks away, and it looks like the filmmaker might be dropping some.. 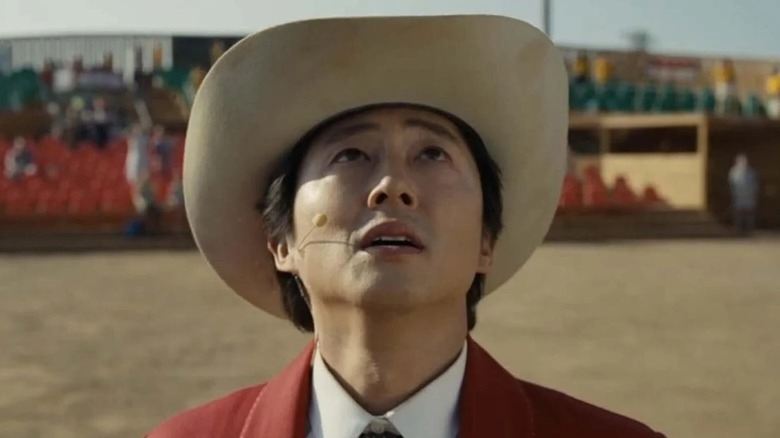 The release of Jordan Peele's mysterious new horror movie "Nope" is only a few weeks away, and it looks like the filmmaker might be dropping some coded clues. The movie's trailers have introduced viewers to plenty of intriguing elements, from a horse ranch with a classic Hollywood connection to what appears to be some freaky extraterrestrial activity. Now, a new website called jupitersclaim.com has appeared, and it's full of information, clickable activities, and eerie surprises.

The site purports to be for a theme park called Jupiter's Claim, which the opening pop-up on the site calls "the bestest darn California Gold Rush theme park in the Santa Clarita/Lancaster area!" Apparently, Steven Yeun will be playing a character named Jupe in the film, and this page describes him as a "former child actor and reality TV star." If you click around to the "Theatre" page, you'll be treated with a comical fake movie poster for a film called "Kid Sheriff," in which Jupe apparently starred. The poster shows three kids gazing down into a well, and looks like a visual throwback to the poster for the Shia LaBeouf film "Holes."

Jupiter's Claim Is Full Of Surprises 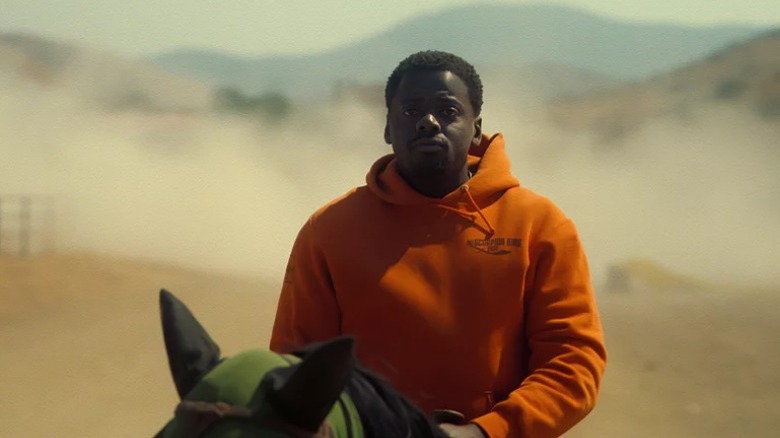 The site packs a lot of mystery into its few pages and brings up as many questions as it answers. A lot of the blurbs point back to the Winkin' Well, which is apparently featured in "Kid Sheriff" and is described as a place "where every conceivable wish could come true." Visitors on the site can interact with the well if they gather up three Jangles, the theme park's special tokens, which seem to be earned by playing a game involving keeping your eye on a coin hidden under a hat. There's also a virtual postcard section, a fake merch area, and a section with park visitor feedback.

If all of that's not enough to look at, the site also has a sort of "dark mode," as the music playing in the background will suddenly shift and turn ominous, changing the text and photographs on the page. The delightfully corny notes to visitors are suddenly replaced with creepy messages like "Our currency pushes the lie forward." Cool, so maybe we don't want to win Jangles.

This website is wonderfully interactive, sort of like an old Flash game site, but it also gives some insight into what "Nope" might be about. The Winkin' Well seems like a vital part of the park's mythology, and Jupe's cash grab tendencies, on display here in some of the wryly funny descriptions, could also be important. We could poke around on this site for hours, but apparently, fans of the movie might be able to check out the real thing soon, too. WDW News Today has reported that Universal Studios is in the process of constructing a real-life version of the town.

The post Nope Has a Viral Site Full of Clues, Hints, and a Reference to the Movie Holes appeared first on /Film.