"Stranger Things" has come a long way from its humble Eggo waffle-munching beginnings. When the series first launched in 2016, it was just a simple st.. 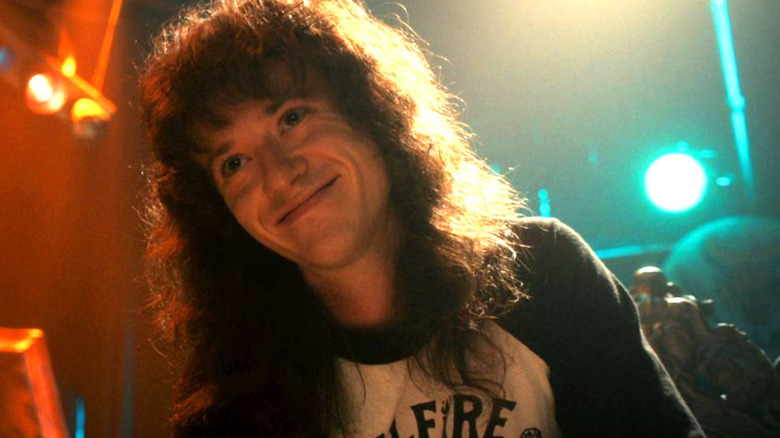 "Stranger Things" has come a long way from its humble Eggo waffle-munching beginnings. When the series first launched in 2016, it was just a simple story about a missing child, a telekinetic orphan, and a monster-filled alternate dimension.

… Okay, so maybe simplicity was never actually on the table, but there's no denying how much the series has changed over the years: the kids have gone from fighting nightmarish demogorgons to a war against the full-fledged eldritch horror, Vecna. Season 4 was so massive that Netflix opted to split the release in two — and it wasn't hard to understand why, given the super-sized episodes and sprawling plot lines. This is the kind of show that gets bigger by the season, with more dangerous threats, more complicated lore, and above all: More. Characters. But according to the showrunners themselves, the Duffer brothers, that last part is about to change.

Did Somebody Say More Characters? 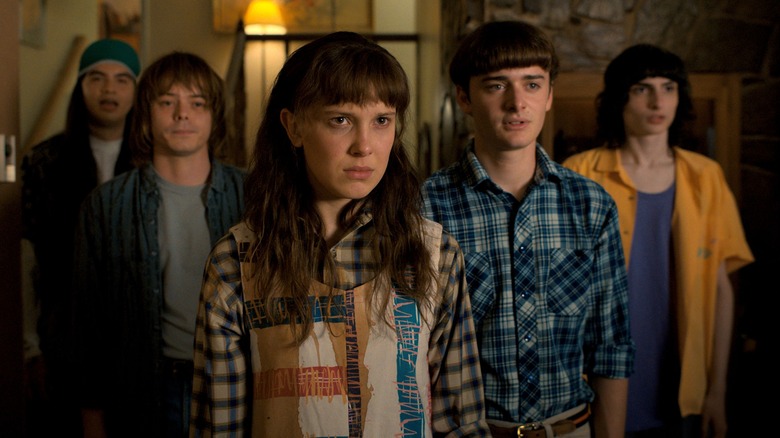 Following the conclusion of the fourth season, the Duffers sat down for a chat with IndieWire where they unpacked the show's tendency to introduce a bunch of new characters each season. They explained that while it's a fun way to keep things fresh, it's always a daunting prospect. Ross Duffer said:

"Whenever we introduce a new character, we want to make sure that they're going to be an integral part of the narrative. So that's something with Eddie this season, where we go, 'Well, we need a character here for this storyline to really work, and to give it the engine that is needed.' But every time we do that, we're nervous.'"

That makes plenty of sense. After all, the initial selling point of "Stranger Things" was partially the Spielberg-esque '80s nostalgia but also the magic of how well the cast worked together. The group of youngsters have since become bonafide stars in their own right (Millie Bobby Brown, Finn Wolfhard, Caleb McLaughlin, Gaten Matazarro, and Noah Schnapp), the chemistry between the teens remains a series highlight (Joe Kerry, Natalia Dyer, and Charlie Heaton) and the magic of Winona Ryder and David Harbour really speaks for itself.

After that first season proved how wonderfully those dynamics worked together, adding extra elements was understandably difficult. Especially since time spent on new characters means less time for an already sizable cast to shine. But season by season, the Duffers have pulled if off. According to Ross Duffer, the magic is in the casting process. "It took a very long time to find Joe Quinn" he said. "We can't add someone that's going to just take away from our characters if they're not terrific."

The Duffers Are Avoiding New Characters 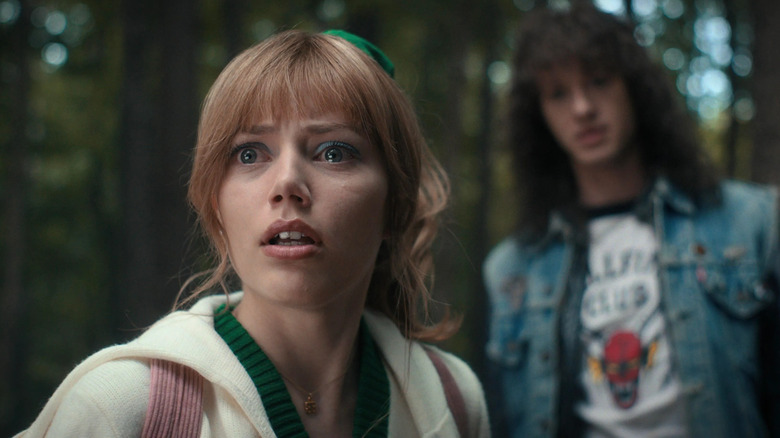 Despite the fact that even the cast of "Stranger Things" thinks it's time to start whittling the characters down by killing them off, there's no denying that this show has a pretty good track record when it comes to introducing new faces. It was pretty weird when he started monologuing about DnD on a cafeteria table but ultimately, Eddie Munson (Joseph Quinn) became the heart and soul of the season. The introduction of Maya Hawke as Robin Buckley in season 3 was also incredibly refreshing, and gifted us with the all-important friendship between Robin and Steve. And then there's Sadie Sink's Max, who joined the party a season late but has arguably become the show's best character. Although they weren't around from the very beginning, it's hard to imagine the world of "Stranger Things" without them.

All that being said, the Duffers made a point of saying that for the upcoming final season, they're being careful not to muddy the waters with any more new faces. In the same interview, Matt Duffer said, "I just like shaking it up, so we shake it up by changing the plot or adding in a new monster. We're doing our best to resist [adding new characters] for season 5. We're trying not to do that so we can focus on the OG characters, I guess."

Without New Characters, The OGs Are In Danger 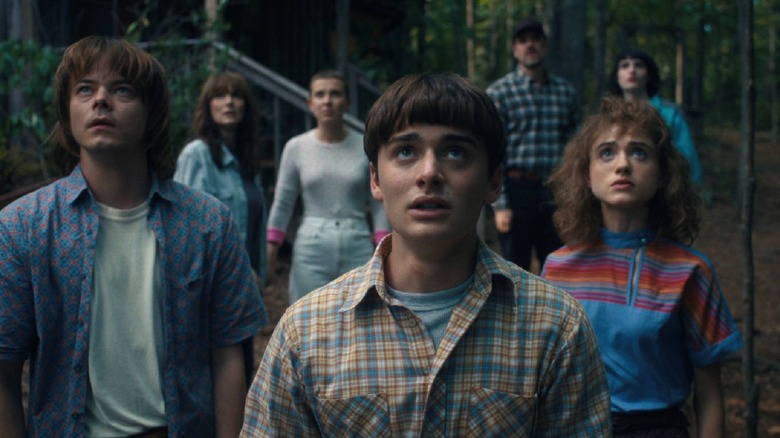 In a way, it sounds like the final season of "Stranger Things" is scaling back. Don't get me wrong — the fight against Vecna will certainly be the toughest challenge that the party has faced yet, especially after he won big in the season 4 finale by decimating Hawkins and scaring half of its residents away. And there will no doubt be set pieces galore as they fight to save the world. But this is coming off the heels of an epic, sprawling season that scattered the cast across continents and storylines. Instead of getting bigger, bolder, and wider apart, the final season will have the team joining forces back in Hawkins, united by a single goal.

So long as the Duffers can help themselves there will be no new characters to steal attention away from the main cast. But sticking with familiar faces also has a downside: there's no way they survive the fight against Vecna without a few casualties. Up until this point, "Stranger Things" has made a habit of introducing new characters only to kill them off in moments of grand drama. (RIP Barb, Bob, Alexei, Chrissy, and Eddie — five characters who didn't manage to survive their debut season.) With no red shirts to toss into the line of danger, it might be time to start worrying about our Steves and our Dustins.

Read this next: 12 Shows Like Stranger Things You Definitely Need To Stream

Previous post Anne Heche Was The Canary In The Cultural Coal Mine, And She Deserved Better