Why So Many Networks Turned Down Breaking Bad

Some go-to advice for scriptwriting is to pitch your work as "x meets y"; two things with proven success mashed together. Vince Gilligan, the creator .. 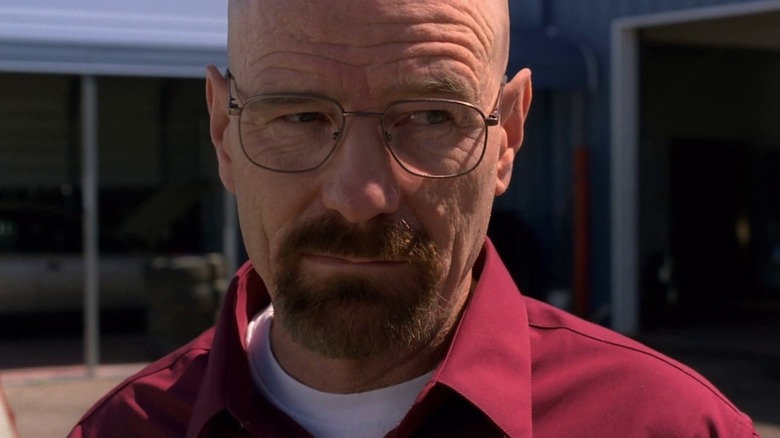 Some go-to advice for scriptwriting is to pitch your work as "x meets y"; two things with proven success mashed together. Vince Gilligan, the creator of "Breaking Bad," famously pitched the series as "Mr. Chips becomes Scarface." The boldness of that pitch won over then Sony Pictures Television executives Zack Van Amburg and Jamie Erlicht. Once Gilligan had them on his side to produce the series, he needed to find a network that would air it. This proved a challenge, with most of the prestige networks saying no before AMC finally said yes.

The struggle to find a home for "Breaking Bad" is shocking considering how successful the show became. However, Gilligan's recounting of his efforts is a pretty great story itself. Here's every network he pitched "Breaking Bad" to, and why they all said no. 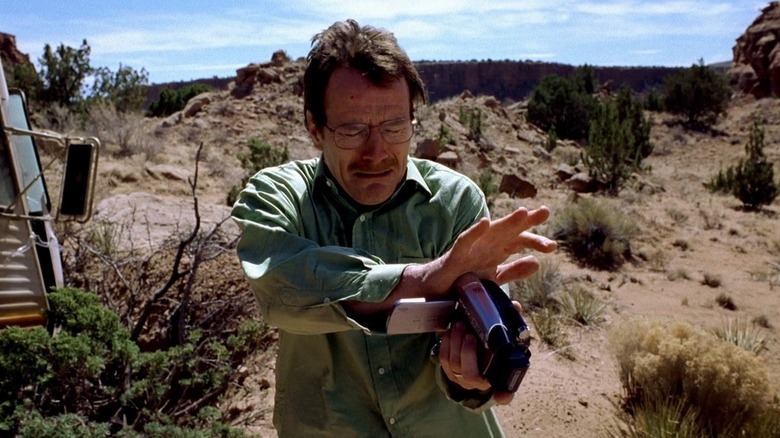 In an interview with the Television Academy Foundation, Gilligan recalled that during the time he was pitching "Breaking Bad," he had what he described as, "the best meeting I've ever had." The two executives he pitched to "were loving it, they were on the edge of their seat." Was this his pitch to AMC, the ultimate home of "Breaking Bad"? No, it was his pitch to TNT, which turned down the show. Why? Not for quality concerns, but ones about the show's content. Gilligan recalled:

"I get to 'The End,' [the two executives] look at each other and they say, 'Oh god, I wish we could buy this.' Then they said, 'If we bought this, we'd be fired … We cannot put this on TNT, it's meth, it can't be meth, it's reprehensible. We gotta ask,' kind of halfheartedly, 'could the guy be a counterfeiter instead?' I said, 'Well, no …' They said, 'Alright well, god bless you.'"

In the interview, Gilligan expresses no bad blood towards TNT; he understood their concerns and appreciated their enthusiasm. He even appreciated them for giving him an answer upfront, even if it wasn't the one he wanted. Gilligan offered this advice for aspiring writers:

"The close second to the victory of someone buying [your pitch] in the room is telling you they're not gonna buy it, it sounds like a bad thing but it's actually a very good thing … the trouble of Hollywood, movies and TV, is people will leaving you dangling on the end of a meathook for days, weeks, months on end."

That sort of dangling wound up being a problem at the next networks Gilligan would take "Breaking Bad" to. 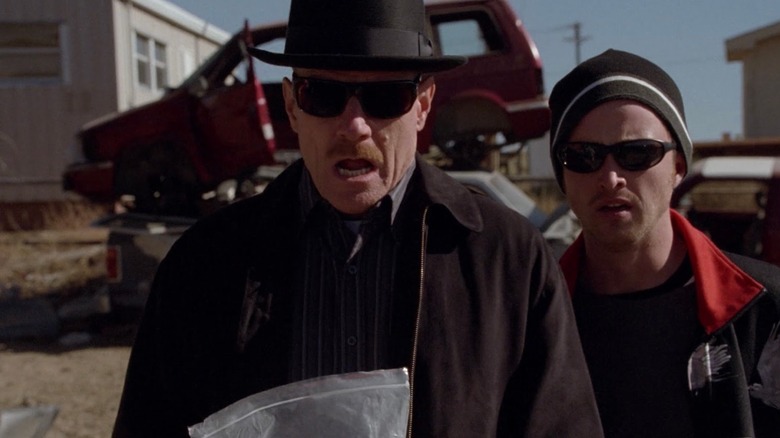 Gilligan's next stop was HBO. He described that pitch as the worst meeting he's ever had. "The woman we [were] pitching to [at HBO] could not have been less interested," he said. "Not even in my story, but about whether I actually lived or died." In the weeks afterward, the network wouldn't even give him the courtesy of a 'no.' Showtime also passed because the premise of "Breaking Bad," was too similar to their series "Weeds," where Mary-Louise Parker played a pot-dealing widow. Gilligan has admitted that if he'd known about "Weeds" earlier, he probably would've never pitched "Breaking Bad."

Gilligan had better luck with FX, which actually did buy "Breaking Bad" in 2005. The network had made its name as the home of "The Shield," a series about corrupt LAPD officers. "Breaking Bad," another crime drama set in the American southwest, would fit right in. However, the overlap is actually what ruined the show's chances at FX. To attract a female audience, the network decided to develop the Courteney Cox vehicle "Dirt" while putting "Breaking Bad" on the back burner.

In a 2012 interview with Kim Masters on KCRW's radio show "The Business," FX chairman John Landgraf put it like this: "We had three dramas with male antiheroes and we looked at that script and said, 'Okay, so here's a fourth male antihero. The question was: 'Are we defining FX as the male antihero network and is that a big enough tent?'"

Landgraf's reasoning is sound. However, considering "Breaking Bad" became one of the most successful TV shows ever, whereas "Dirt" lasted two seasons and has been completely forgotten (be honest, have you ever heard of it?), he definitely made the wrong call.

AMC To The Rescue 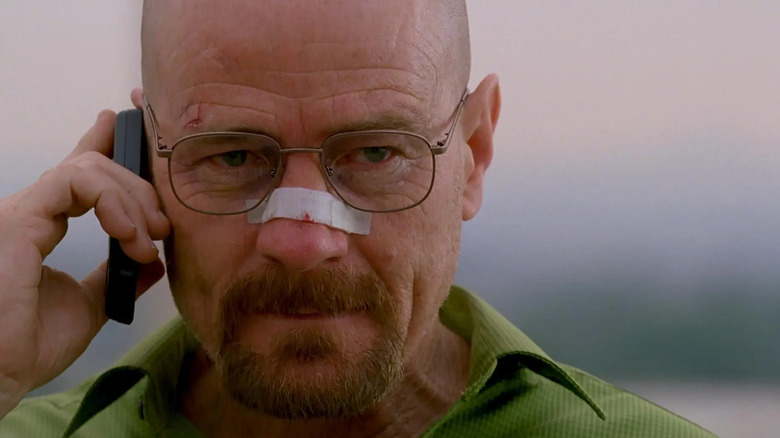 "Breaking Bad" was left in limbo until 2006, when Gilligan's agent Mark Gordon had a meeting with Jeremy Elice, the newly christened director of original programming at AMC. Gordon passed along "Breaking Bad," and soon Gilligan was meeting with Elice and his fellow executives Christina Wayne and Rob Sorcher. Once bitten and twice shy, Gilligan had his expectations for the meeting surpassed and AMC agreed to take on the series.

Since FX still owned the script, they could've vetoed this, but obviously they didn't, instead releasing their claim on it and allowing "Breaking Bad" to go forward. Gilligan praised FX for this generosity:

"God bless them, that … when AMC came calling, [FX was] big enough to allow AMC to purchase the script for 'Breaking Bad' … that behavior's kind of rare in the business … most networks, the way they see it, we paid a pittance for this script, we're just gonna leave it in a file cabinet somewhere, we're not gonna risk letting it go to another company and risk the 1000-to-1 or 10 thousand to 1 or million-to-1 chance that this script we passed on becomes a hit for someone else, that would potentially make us look bad."

There were some growing pains at AMC, from disagreements over the lead actor (the network wanted John Cusack or Matthew Broderick, but Gilligan, having worked with Bryan Cranston on "X-Files" episode "Drive," insisted on him and prevailed) to a writer's strike shortening season 1. In the long run, though, AMC taking a chance on the series paid off quite nicely for them and Vince Gilligan alike.

Read this next: 14 Most Memorable Kim Wexler Moments In Better Call Saul

The post Why So Many Networks Turned Down Breaking Bad appeared first on /Film.

Next post Even Will Poulter Was Disturbed By Midsommar — Here's Why