Ruggero Deodato's 1980 gore flick "Cannibal Holocaust" is one of those rare films that does not lose power with age. Its extreme gore and rough, .. 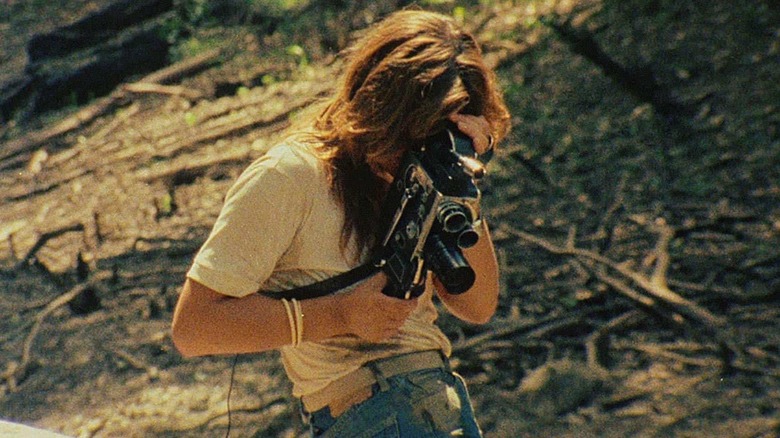 Ruggero Deodato's 1980 gore flick "Cannibal Holocaust" is one of those rare films that does not lose power with age. Its extreme gore and rough, vérité style are so incredibly raw it landed Deodato in court under the suspicion that he had made a genuine snuff film. This had been compounded by how the cast had — as a bit of a marketing stunt — signed contracts not to conduct any promotional interviews. It wasn't until Deodato was able to produce the "missing" cast members in court that he was exonerated. It's worth noting that "Holocaust" still contains documentary footage of animals being killed, so it's still a difficult sit. Indeed, "Holocaust" went on to be censored in many countries. To this day, it is held up as a gold standard of extreme horror cinema.

Deodato had previously directed several horror, peplum, and poliziotteschi movies, and he went on to make a dozen more, so his credentials are solid. But Deodato was more than a genre journeyman. Indeed, "Cannibal Holocaust" was inspired by more than a need to shock audiences. Deodato is on record saying the realistic extremity of "Cannibal Holocaust" was meant as a media commentary. In the Shudder documentary film "The Found Footage Phenomenon," Deodato recalled a story about watching the news and finding that the real-life war footage — the kind that was allowed on TV — was just as extreme as some horror movie he saw. Why did the news get a pass while horror movies were regularly sniffed at by censors?

Violence On The News 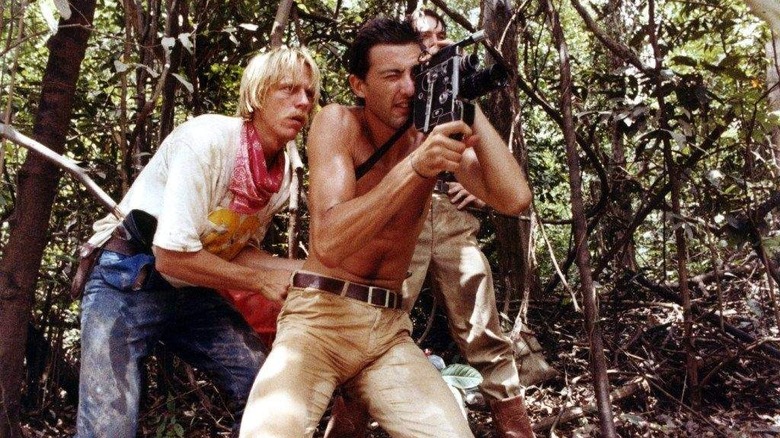 The following story is related from Deodato's appearance in "Found Footage Phenomenon," available exclusively on Shudder. In 1977, he said, Deodato had a modest success with the film "Last Cannibal World," aka "Cannibal Jungle Holocaust," and the film's producers wanted Deodato to make another. At first, Deodato refused, but his son — only 7 at the time — unwittingly gave him an idea. When the two were watching the news one evening, Deodato's young son asked his father that it be turned off. It was too violent. According to Deodato, it was nothing but blood and death.

That the news was so violent frustrated Deodato, and he was incensed that journalists and reporters are allowed to film real death when horror filmmakers like him didn't get to film simulated death. Hiding behind the auspices of "journalistic integrity," reporters were allowed to essentially — to Deodato's eyes — do whatever they wanted. Meanwhile, his films were cut by film boards and given restrictive ratings. There was certainly, he felt, a double standard at play.

So, he felt, why not play with that standard? He immediately conceived of a film about a group of American journalists who trek deep into the jungles looking for violence — and occasionally instigating it when it didn't appear organically. "Cannibal Holocaust" is not gleeful about its gore, but confrontational. Deodato wanted to make a horror movie, yes, but also a media study. Not only is there hypocrisy in media watchdog groups that censor his movies and permit the news, but surely, he felt, journalists are at least partly responsible for enhancing violence. A camera can, it seems, alters ethics.

The Horror Of War 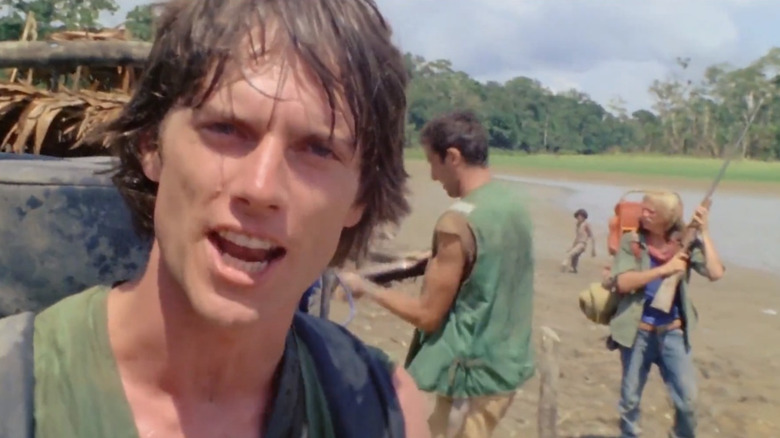 Deodato certainly had a point. World politics, and the media imagery that accompany them, often dictate the flavor of our horror. One might say war images on TV during the Vietnam War was a contributing factor in the extremity of the era's horror movies. It's certainly no coincidence that in the early 2000s, after American soldiers photographed themselves torturing prisoners, horror movies started to lean quite hard into explicitly violent torture movies.

A film like "Cannibal Holocaust," then, was unique but also weirdly inevitable. With a public seeing horror-like violence in the real world, it was only a matter of time before an artist felt the need to comment on it, surpass it, or point out that extreme movie violence is light and fun when compared to the real thing.

After making "Cannibal Holocaust," Deodato said he had surprised himself. This, he felt, was even more violent than expected. He needed a second opinion, and Deodato reached out to another notable Italian genre director, Sergio Leone. Deodato said Leone enjoyed "Cannibal Holocaust," relaying the following quote: "The first part is good, well-made. The second half is a masterpiece, but you'll get into a lot of trouble."

Deodato did get into a lot of trouble, but he also made one of the more striking genre deconstructions of his generation, as well as one of the most extreme movies ever shot. One cannot really recommend "Cannibal Holocaust," as it is gory, horrifying, and deliberately repellent. But certain kinds of horror fans already know if they'll like it. If they have the stomach to watch the film, they may be rewarded.

Read this next: Horror Movies That Even Horror Fans Could Hardly Finish

The post The Cinematic Double-Standard That Inspired Cannibal Holocaust appeared first on /Film.

Previous post John Mayer Let The Office Use One Of His Songs, But He Had One Condition