Not long after Garth Ennis and Darick Robertson's comic series "The Boys" debuted in 2006, people were trying to get the series adapted to the bi.. 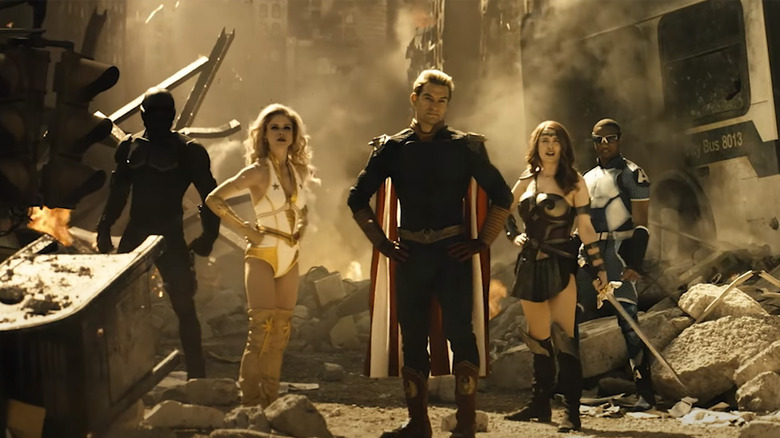 Not long after Garth Ennis and Darick Robertson's comic series "The Boys" debuted in 2006, people were trying to get the series adapted to the big screen. One of those people was Seth Rogen, who pushed for an adaptation for years before finally succeeding in getting it greenlit by Amazon in 2015. He now serves the show as an executive producer and makes questionable cameos roughly once a season.

Another one of those people was Adam McKay, a director who started off with lighthearted comedy films like "Anchorman" and "The Other Guys," before pivoting to more explicitly political projects like "The Big Short," "Vice," and most recently, "Don't Look Up." He spent a lot of time trying to pitch a film adaptation of "The Boys" in the early 2010s, but none of the studios wanted anything to do with it. "I took it to every studio, every production financing place in town," McKay explained. "And they were always like, 'No.'"

It's easy to understand why studios were hesitant: the comics were very R-rated, which was something of a tough sell even after "Watchmen" came out in 2009. In fact, it was the comics' surface-level comparisons to "Watchmen" that seemed to hold it back the most. Both comic runs were deconstructions of the superhero genre, as well as commentaries on contemporary culture. "They all said, lazily, 'So it's like 'Watchmen'?'" McKay complained to IndieWire in 2015. "Eventually I started realizing that no one was going to do it, and I started pitching the craziest aspects of it, embracing the fact that they hated it." 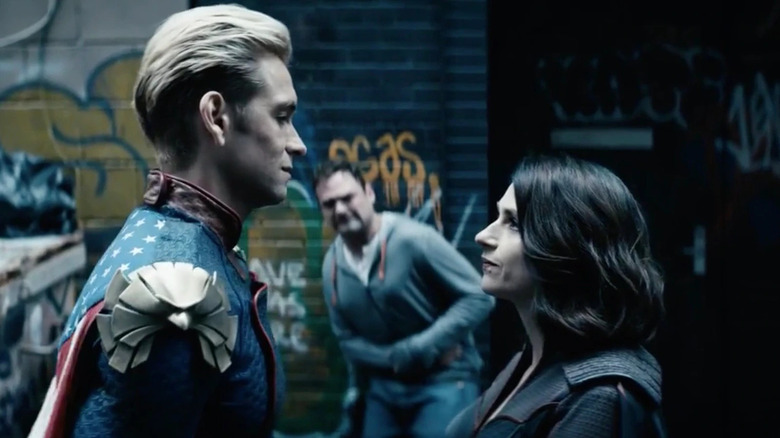 "I had this crazy pre-viz reel that I'd done, and it was insane, like superheroes doing cocaine," McKay said of his pitching process. In his talks with studios, he also stayed adamant that the movie would need to be rated R, regardless of any other necessary adaptation changes that might be made. "It doesn't work unless it's R," he said, and went on to refer to the comics as a "current day 'Watchmen.'"

But although both comics explored similar thematic ground, "The Boys" has always been far more cynical. "Watchmen" featured an all-powerful superman character who became tired of humanity and could barely be bothered to lift a finger to save the world in the end. It seemed like a cynical take back in the '80s, but after reading about Homelander in "The Boys," everything about Doctor Manhattan starts to seem absurdly optimistic in comparison.

The big difference is that although both comics tackle mature themes, "Watchmen" handles those themes with a lot more, well, maturity. When a prominent female character in the comics is raped by another member of the superhero group, the incident is treated seriously, and it has ripple effects throughout the rest of the story. With "The Boys," the rape scene that happens in a similar place in the narrative is far cheaper and more gratuitous, seemingly done more for humor and shock value than anything else.

Although McKay was considered a promising, reliable director at the time, ultimately he was unsuccessful in getting "The Boys" made into a movie. We'll likely never know the exact reasons why studios never went for it, but it couldn't have helped that "The Boys" comics were never anywhere close to the same level as Alan Moore and Dave Gibbons' masterpiece comic series.

A Better Fit For TV 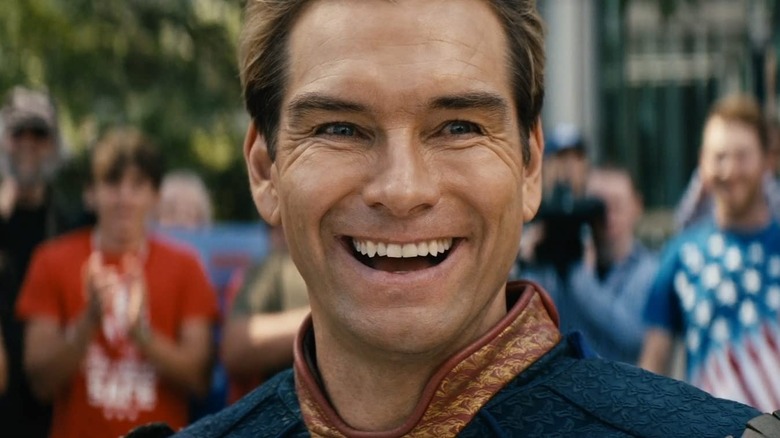 Just as "Watchmen" itself would later shine bright on the small screen, "The Boys" turned out to be perfectly suited for TV, not film. The series has taken many of the one-dimensional characters from the source material and fleshed them out significantly, and not without losing any of the comics' satirical bite. It's hard to look at the wonderful cast we've gotten to know throughout the past three seasons, or the sheer depth of worldbuilding and social commentary we've gotten to enjoy, and think this series would've been better off as a movie.

One does wonder what "The Boys" show would look like if Adam McKay had been involved, however. On one hand, McKay's movies have often been deeply critical of corporations and the ultra-wealthy, one that makes it seem like he'd be a good fit as a creative voice behind a show like this one. He's also been criticized for being a little too blunt and preachy with his political themes, but "The Boys" is also kind of blunt and preachy at times, and that's part of what we like about it. That said, "The Boys" can't be that blunt with its messaging when you consider that some people didn't realize Homelander was a bad guy until season 3.

McKay has been busy for the past few years, not just with directing "Don't Look Up" but with being an executive producer on all three seasons so far of "Succession." The critically acclaimed HBO drama is also centered around a scathing critique of the 1%. We'll never know what would've happened if McKay had gotten to direct his film adaptation of "The Boys," but he seems to be doing perfectly fine now either way.

The post Anchorman Director Adam McKay Almost Made A Movie Out Of The Boys appeared first on /Film.

Next post Lost Ollie Review: A Sweet But Familiar Adventure Promises To Unleash Your Inner Child